Bluey in case you do not know is Jean-Paul "Bluey" Maunick, the man behind jazz-funk-soul group Incognito.

Fortunately for fans of the band Bluey is quite a prolific songwriter and recording artist - if Incognito are not releasing an album, then his other side project, Citrus Sun will have new music coming out. 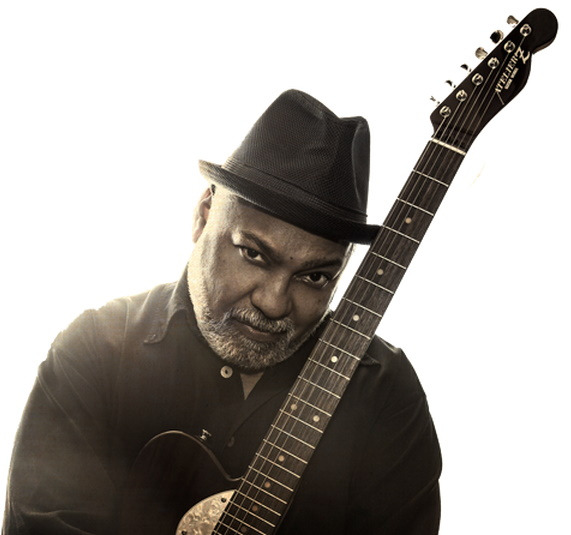 Now comes the release of his solo album, Tinted Sky which also features songs written with Richard Bull (Incognito, Mario Biondi, Basia). For some reason this type of music always sounds better when the sun is shining so it's fortuitous that the album has been released in sunny June rather than dreary November.

There would be no point in Bluey making a solo album if it just sounded like Incognito, yes it is soulful but the references points here are George Benson, Boz Scaggs and even Hall and Oates. The sound is more mellow than what you would get on an Incognito album.

Opening track You Are The One sees Bluey deliver a soulful vocal over a shimmering groove that could be a Rod Temperton song in his Heatwave days. Don't Ask Me Why is another solid cut on the album, built around a memorable hook the song will sound even better riding through the countryside on a hot summer's day with the car roof down with that special someone by your side.


Also by Graham Clark...
Rock Legends Deep Purple Go Deeper On New AlbumInterview With LovedayKirklees Light Railway Back On TrackInterview With Steve Hackett - A Genesis In My BedMalton's Monthly Food Market Returns
Back Here Again is a subtle guitar driven instrumental track, you will see where the George Benson influence is coming in. Even after all these years in the music business it is pleasing to hear someone still taking pleasure in making new music. It is the end of the day after that summertime ride in the countryside and now it's time to relax with this laid back groove.

From The Break of Dawn has a touch of Steely Dan with the harmonised vocals whilst Had To Make You Mind is one of the more up beat tracks on the album on a song that Kenny Thomas would wish it was written for him!

The title track of the album Tinted Sky is held together with a funky guitar before the album closes with the atmospheric Floating World where Bluey doesn't exactly rap but instead talks about "having one shot and we got all wrong where Planet Earth will still be blue but it will not be for you" He even mentions a virus, could be talking about COVID-19?

As timeless as ever, the album stands up on its own rather than just being another side project.