The pent up passions of a dance company that has maintained its fitness courtesy of kitchen workouts and limbering in the lounge, were released last night as that hotbed of love, intrigue and betrayal, Dangerous Liaisons, made a welcome return to West Yorkshire.

I have never seen this David Nixon production, first premiered 16 years ago, but this DL ‘light’ – stripped to its ‘set-less’ basics because of Covid considerations – was an 18th century Aristocratic jewel: graceful, exquisitely dressed and full of emotional jousting from the idle rich.

It is hard to forget the film in which John Malkovich, Glenn Close and Michelle Pfeiffer spun their dangerous intrigues for two hours and, somehow, managed to close the film with reputations shattered, eternal shame guaranteed and one of the main protagonists dead in a dual of honour. 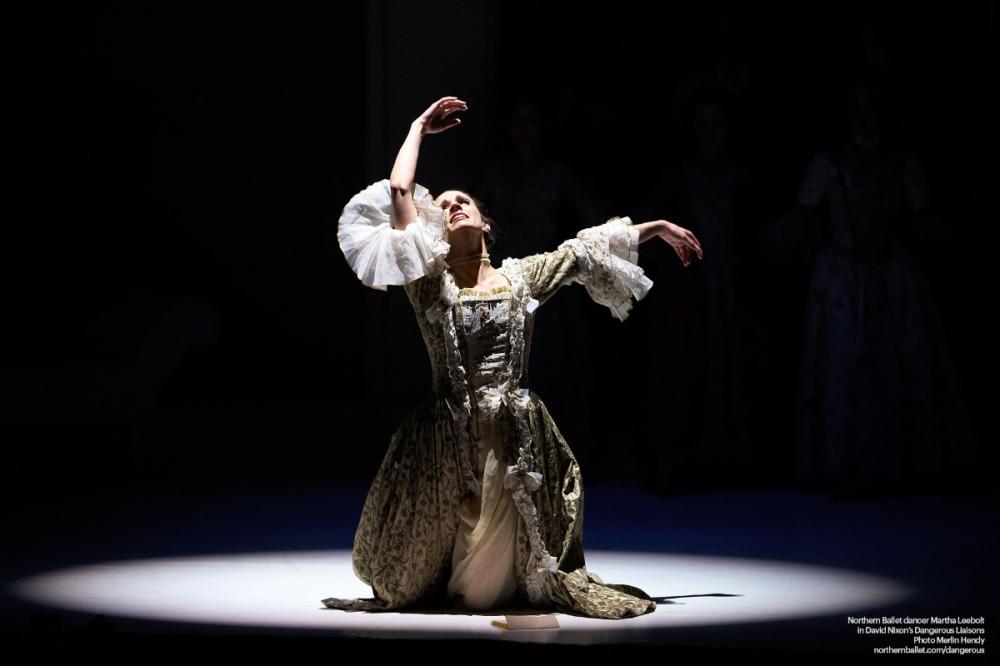 But it set an unforgettable standard from which all subsequent interpretations of Pierre Choderlos de Laclos’ original novel, Les Liaisons Dangereuses, are invariably judged.

Last night it was the turn of Northern Ballet to carry the DL torch and it burned brightly throughout.

For the uninitiated the Marquise de Merteuil is the poisonous protagonist who plays games with people’s lives, dangerous games, enlisting the support of her former lover Valmont to exact revenge on whoever is unfortunate enough to cross her path, via a series of letters, lies, intrigues and betrayals.

Cecile de Volanges is forcibly deflowered and the virtuous Madame de Tourvel brutally compromised……all for the fun of two people. But, it all goes horribly wrong and the puppeteers are eventually hoisted by their own petard.

Joseph Taylor was Vicomte de Valmont, spreading his seed faster than a North Yorkshire farmer during two hours of thigh thrusting ballet, in which courtesans and virgins were entertained in ways that Leeds Playhouse rarely sees.

As temperatures soared and compulsory Covid masks stayed firmly in place, glasses steamed up and pulses raced. Rachael Gillespie was the innocent, virginal Cécile de Volanges who falls victim to Valmont thanks to the manipulations of the Marquise de Merteuil played with appropriate cruelty by Abigail Prudames.

Ironically, it was the lack of formal sets that gave the ballet its very edge, because there was nothing to district your eye from the dancers who held you throughout, and bravo to Northern Ballet Sinfonia and their rendition of Vivaldi’s Four Seasons, the magnificent musical backdrop to Nixon’s work.

This was a beautifully choreographed ballet and I have to say that it is one of the first recent productions I have seen in West Yorkshire, that left me feeling I'd been entertained rather than reminded of the horrid world in which we are all currently living.


Also by Phil Hopkins...
Having A Whale Of A Time In MexicoTrain Deal Opens ‘Discounted’ Europe to TravellersAn Office In Paradise?The Non-Skiers Guide To WinterYorkshire Folk Swap Naples For Newcastle