Book Review: The Romans In The North Of England By Paul Chrystal 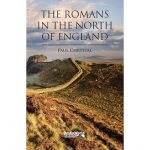 Paul Chrystal's new book, The Romans in the North of England is an important and informative gazetteer for any enthusiast of Roman history in Britain. Amongst his many roles, Chrystal is editor of York Historian, the journal of the Yorkshire Architectural and York Archaeological Society, which has enabled him to publish an up-to-date compendium of the most recent Roman finds, excavations and research. Published by DestinWorld, it is fully illustrated with several helpful maps revealing the networks of Roman roads that traverse the country, as well as images showing sculptures, jewellery and other Roman relics.

The guide begins with a helpful, clear introduction outlining the progress of the Roman conquest of Britain from Julius Caesar's first explorative landing in 55 BC to Claudius' definitive conquest initiated in AD 43. For anyone interested in Celtic history, you can also find out more about the legendary Celtic queens Cartimandua and Boudicca, as well as which tribes were prepared to make war with the Romans, and which were not.
Chrystal concludes this section by asking the key question: when the Roman Empire was already so vast, why did the Romans feel the need to conquer Britain? He argues that whilst Britain was relatively rich in resources such as copper, gold and iron, it was not for this reason that the land was conquered. Instead it was to add glory and prestige to Claudius's weak hold on power - Our forbears were mere political pawns to make an emperor look more splendid!

The directory is divided into different geographical areas which list the range of finds that have been excavated, with some interpretation of their significance. First, the author describes what has been found in Derbyshire, followed by Lincolnshire, Yorkshire, Cheshire, Cumbria and surroundings, as well as Cleveland and the surrounding area. Hadrian's Wall is last, but of course, by no means least. 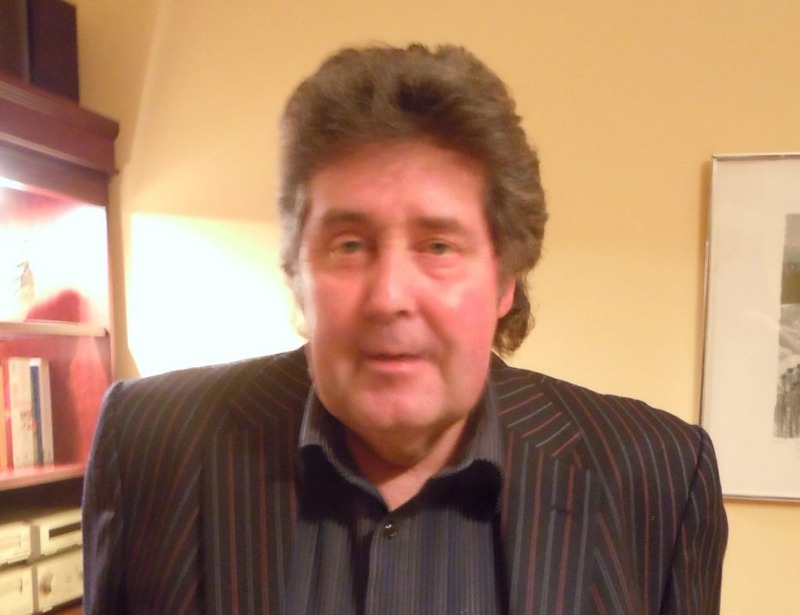 Paul Chrystal
As York evolved into the capital of Britannica, Yorkshire is the most extensive section of the book. The section on Alborough, sixteen miles north of York, is intriguing. In the 1990s, the remains of a Roman fort were discovered and archaeological evidence suggests that Alborough was also one of the most northern urban centres - a civitas. In the summer of 2011, after two years' work, a tiered bank of seats below curving hummocks in a field, suggested that an amphitheatre had once stood there. The oval arena would have combined spectacles and entertainments with a panoramic view. There would also have been grand Domus’ of sophisticated design and decoration. The author poses the question of whether we need to rethink Roman Alborough as a place of greater significance, with a distinctive character of its own.

The section on Eboracum holds significant interest for me as a resident of the city. Although an avid reader of York history and a frequent visitor to the Yorkshire Museum, there were new facts about Roman York that I found fascinating. Whilst it is common knowledge that Eboracum grew up around a fort to service 5,500 military troops, a wealth of new information has emerged about what has hitherto been described as the "mysterious" cult of Mithras, whom many of the soldiers worshipped.

The god Mithras was eternally at war with the forces of evil, hence his appeal to the soldiers who had signed up to a life committed to serving the Roman state. Mithraic temples were typically semi-subterranean to evoke the legendary cave where the god slaughtered a bull - later a symbol of primeval force and virility. Devotees would hold ceremonies in secret, which would be followed by ritual feasts. The worshippers of Mithras had access to approximately four hundred secret temples across the empire. The only other evidence of mithraea in Britain are in London and at Hadrian's Wall. York is the only place in Europe where you can see the original carvings of Mithras and Arimanius, gods of good and evil, in conjunction.


Also by Claire Shaw...
What Did You Do In Lockdown 3: How To Market An ebookWhat Did You Do In Lockdown 2: How To Publish An ebookWhat Did You Do In Lockdown: How To Write An ebookReview: The Miseducation Of Evie Epworth By Matson TaylorThe Great Face Mask Debate
A further interesting section is on the gladiator cemetery located at the Mount, first excavated in 2004-5. Over the years there has been speculation that the eighty two burials and fourteen cremated remains were of either soldiers, criminals, slaves or gladiators. Chrystal summarises the work of the Yorkshire Archaeological Trust, which has reached the definitive conclusion that they were the latter. Evidence ruling out any other type of individual indicates that the cemetery was for the relatively well off; the remains were all of young, adult males with just under half having wounds suggestive of decapitation. Fascinatingly, there was also gruesome evidence of a large carnivore bite to one individual - perhaps a bear, a lion or a tiger. Unfortunately, most of the deceased appear to have taken a savage beating or have been tortured before death and the list of traumatic wounds to the skeletons requires a strong stomach!

As for the chapters on Cheshire, Cumbria and Hadrian's Wall, I will certainly be taking this book with me on my next visit to each of these places and will cross-reference the information with a hunting down of the evidence. I have learnt from this book that there are many engaging Roman artefacts in Hull, and i’m already planning an exploratory Roman trip up North with my new companion, when the weather improves! Thank you Mr Chrystal!

The Romans in the North of England is published by DestinWorld