How are we all doing? Hasn’t the past 3 months been one whirlwind during lockdown? But it’s given me the chance to catch up on a few projects. Lockdown has also given me the chance to reflect on how far me and my brands have grown over the years, from charity work, to new business, it’s been a fun adventure and lots more on the way. 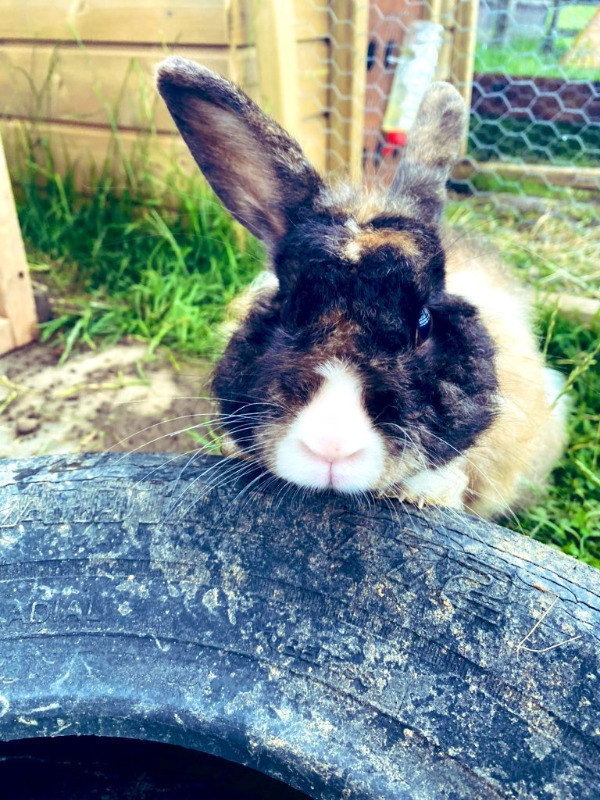 The first one is ‘Bumble the Bunny’ a book based on my bunny called Bumble. Bumble is a rescue bunny and came to live with me a few months ago. He was really struggling to find a home due to his allergies and issues. He was from the Adoption for Pets Centre near where I live in the Yorkshire Dales.

I went along one day and couldn’t say no, he is totally adorable and just such a bundle of fun. I’ve learnt so much from him and also a lot about rabbits. I’ve always had bunny rabbits, and a few years ago lost my lop-eared bunny called ‘Malibu’ I was heartbroken and still think about him a lot. Although you can't replace animals with another animal, Bumble has filled a gap in my heart I didn’t really know was there.

His book is a fictional story about a bunny who finds his forever home. It contains lots of mischief and fun and is about him settling into his new life. Getting rescue pets is never easy as they can come with complications and issues, but with a little bit of extra love and care they have so much love to give…. Bumble has taken a special liking to Alf and they are often seen in the field together munching the grass.


Hannah and Little Alf
‘Russell Rhino’ is another new book I’ve been working on. Some of you will know that I have a huge love for Rhinos. I actually own a t-shirt/ clothing brand called ‘Russell the Rhino’. In fact I'm wearing a Russell Rhino t-shirt now as I’m typing up this article. The book is about a Rhino orphan who creates a special bond with a girl called Lola and is set in a sanctuary in South Africa.

Finally, I’ve been working on the next Little Alf book and still have yet to reveal the title of the book. Little Alf’s books will always be my favourite to write as he is my inspiration! This one is the next fictional story in his children’s series.

I currently have notes all over the place as I’ve been decorating my office at home which is all a bit messy but it won’t be long until the book is being sent to the printers, or should I say books, as it’s going to be a busy autumn…