It’s back-to-school week for British politics. The Prime Minister urgently dashed back from his Caribbean holiday to face the crisis in the Middle East, pausing only to sunbathe for a couple more days before catching the same flight that he would have taken anyway. His special friend in the USA had finally got round to telling him just who they had assassinated this time. Johnson’s not used to his special friends nailing people while his back’s turned; that’s normally his role. 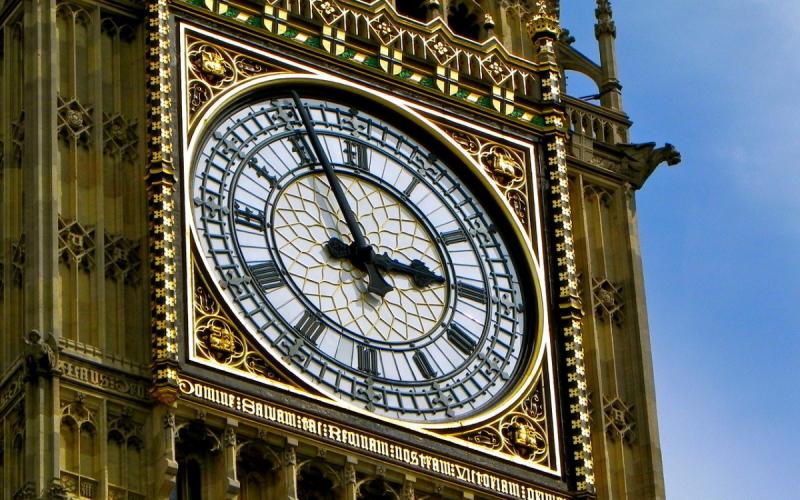 With the western coalition having shot itself in the foot, Iran retaliated by going one better and shooting down its own plane. The Foreign Secretary, Dominic Raab, issued a statement, saying that its government was “at a crossroads moment”.

“It can continue its march towards pariah status,” he added, “with all the political and economic isolation that entails, or take steps to de-escalate tensions and engage in a diplomatic path forwards.” I’m pretty sure he must have been talking about the UK and Brexit, though I suppose it might have been Iran he meant.

Boris Johnson meanwhile finally managed to turn up for an interview with the BBC, facing the hard-hitting, forensic questioning of the BBC Breakfast sports presenter Dan Walker. I guess Andrew Neil must have been busy interrogating Ole Gunnar Solksjaer about the Ashley Young situation. Johnson addressed the potential imminent collapse of FlyBe: “It’s not for government to step in and save companies that simply run into trouble,” he said, immediately before the government stepped in to save the company that had run into trouble. By bunging Flybe some cash, sorry, offering to allow Flybe to defer settling its tax bill, the government provoked outrage amongst other airlines. Ryanair promptly demanded the same “tax holiday”. Sounds nice. Wasn’t that what Johnson had just had on Mustique? Of course, a Ryanair tax holiday would probably involve aiming for Luxembourg but landing 350 miles away in Liechtenstein. It would cost a lot more than you think too, once you’ve paid for those little luxurious extras, like food and sitting with your family. Michael O’Leary, Ryanair’s chief executive, threatened to bring legal action against the government for breaching EU state aid rules. You’d better hurry up, Michael, since in less than two weeks the government will start jettisoning all those rules like overbooked passengers; and you can bet they won’t be offering compensation.


Also by Roger Winterbottom...
Brexit Day Is Upon UsBook Review: A Little Hatred Goes A Long WayLabour Race To Push The ButtonPolitics: Calling All Weirdos And MisfitsA Year Of Upheaval
Having bunged a lifeline to FlyBe, and with Brexit fast approaching, Boris Johnson also called for the public to donate money so that Big Ben could bong on the day it happens, urging us all to “bung a bob” towards the absurd cost of £500,000. This is from the man who said that money spent on historical sex abuse investigations was being “spaffed up the wall”. It’s all about priorities, eh? Mind you, “bung a bob” makes me think the government is planning to rewind fifty years back to pre-decimalisation, which is the last time a “bob” made any sense. What next? Fling a florin? Throw a threepenny bit? Sling a sovereign? Oops, I probably shouldn’t mention the monarchy just at the moment.

Even this couldn’t go right though, as with the amount raised currently standing at over £250,000, there is apparently nowhere for the money to go. The NHS perhaps? Sorry, silly idea. The latest plan instead is to use lasers and computer technology to simulate the clock and the bells ringing. I don’t know why they think CGI will make a good job of simulating a well-loved institution – haven’t they seen the film version of Cats?

The Labour Party, meanwhile, is now fully engaged in its leadership race. The competition is effectively one to decide who will become the most vilified person in Britain (well, after Meghan, of course, who’s guilty of…well, who knows what the press think she’s guilty of? It’s not like she’s been associating with paedophiles). For the new Labour leader, this will culminate in a torrent of abuse in about five years’ time. You have to admire their bravery at least. As for the voting, Momentum, the bowel movement within the Labour movement, may wish to rebrand as Inertia. Demonstrating admirable democratic principles, they balloted their members to decide which candidate to support, Rebecca Long-Bailey or…well, no-one else. While most of the leadership candidates have been talking up the idea of revamping the UK voting system, I’m not sure that’s what they had in mind. Still, having that sort of question at a general election may be the only way they’ll ever get back into power. It works for Vladimir Putin!