A North Yorkshire schoolboy is walking, cycling and running 100 miles over the course of March to raise money for the RAF Benevolent Fund, the RAF’s leading welfare charity. 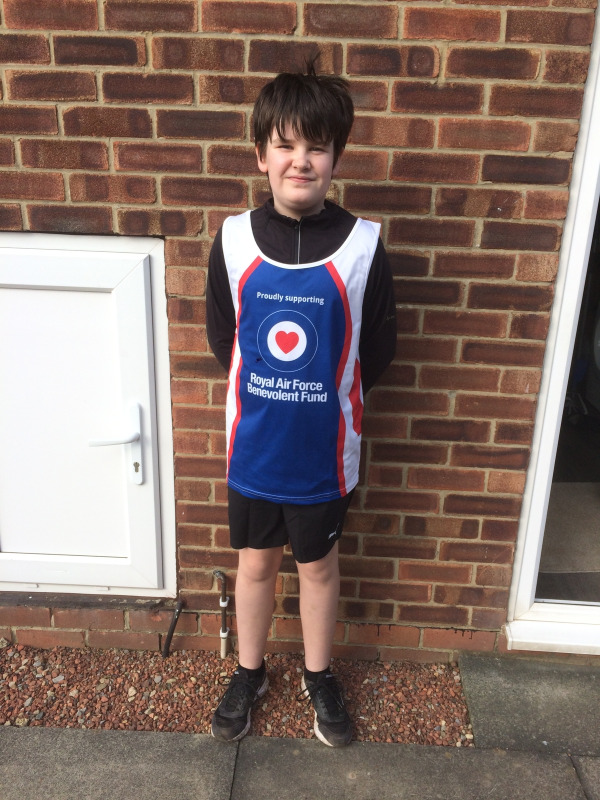 Oli Blumer, who lives in Northallerton with his mum, dad, and pet rabbit Derek, began the challenge on 1 March, his 12th birthday. Oli was home schooling until earlier this month and wants to be a pilot when he’s older, having grown up watching Hawk jets flying overhead from nearby RAF Leeming.

Oli said:
“I wanted to complete a challenge for my 12th birthday, and I want to be an RAF pilot when I grow up so I felt this was a good charity to raise money for. I couldn't really do anything for my birthday because of lockdown so thought I'd try to do something different.

“It’s been harder to keep up the miles since going back to school but my family are helping me stay motivated by volunteering to come out with me. Mum says she can't believe I'm exercising every day because usually she has to nag me to do anything! My good friend Thomas has also been going walking with me at the weekend – socially distanced of course – to help get my miles up.”

You can sponsor Oli via his fundraising page: justgiving.com /oli-blumer1.

Aaron Tillyer, Regional Fundraiser at the RAF Benevolent Fund, said:
“It’s heart-warming to see someone as young as Oli deciding to use his 12th birthday to raise money for the Fund. We are committed to supporting the whole of the RAF Family whenever they may need us, and fundraisers like Oli mean we can continue providing this vital support for years to come.”

In 2020 in response to the Covid-19 pandemic, the RAF Benevolent Fund introduced a 24-hour emotional support helpline and created an online mental wellbeing zone, as well as offering Headspace memberships to partners of serving personnel. The Fund has also offered a grant of £2,500 to each RAF station to provide an activity and wellbeing pack for children and young people. In addition to this, the Fund launched Check and Chat calls for the most vulnerable veterans who are lonely and isolated, expanded its Telephone Friendship Groups and delivered a box of festive goodies at Christmas.