Bradford Announced As Emerging Destination Of The Year 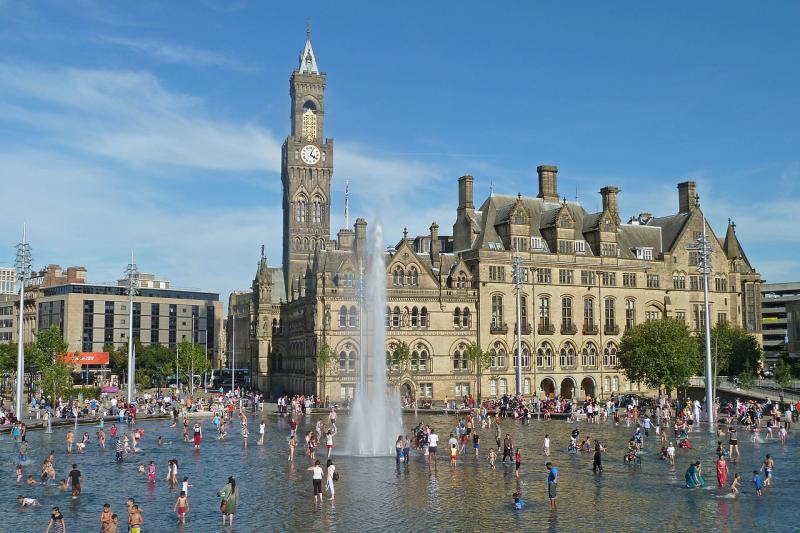 The Bradford district has been given the accolade of ‘Emerging Destination of the Year 2018’ for Europe by the tourist bible The Luxury Travel Guide.

The guide, which searches for the most impressive destinations, accommodation and hospitality across the world, chose the district’s ‘literally hundreds of historically significant sites’ as one of its highlights.

The judging panel praised Bradford as a ‘modern cosmopolitan city with a thousand stories to tell’.

The Luxury Travel Guide’s report mentions that the district was selected as the first ever UNESCO City of Film, has its own UNESCO World Heritage Site in Saltaire, has Haworth the home of the Brontes and Keighley Worth Valley Railway, as well as the multi-award winning City Park and Little Germany.

The judges were also particularly impressed with the way the Bradford district has integrated its local communities into its tourist offerings, embracing both its modern multicultural status and its impressive heritage all delivered with a sense of ‘welcoming hospitality which is quintessentially British’.

Over the last 12 months the Luxury Travel Guide invited and encouraged its readers to cast their votes on destinations and tourism associations which they believe have excelled.

All the winners get a submission in the Luxury Travel Guide’s European Awards guide, which is distributed to over 550,000 people around the world.

The Emerging City Destination of the Year award is the latest in a series of recent success stories for the Bradford district. The Hockney Gallery at Cartwright Hall was recently highly commended at the national Museums and Heritage Awards in the Best Permanent Exhibition category and is in the top 10 best art galleries in Yorkshire according to TripAdvisor.

The Bradford Alhambra won the regional heat of the Most Welcoming Theatre Award in 2017. Ilkley Lido regularly makes the top ten of lidos and outdoor pools in the country and Bradford Council’s restoration of Cliffe Castle was named Best Public Service Building at the West Yorkshire Local Authority Buildings Awards.

Both the National Science and Media Museum and Tong Garden Centre were highly commended at the 2017 White Rose tourism awards.

Coun Sarah Ferriby, Bradford Council’s Executive Member for Healthy People and Places, said: “We are extremely pleased that our district has been recognised as Emerging Destination of the Year for 2018. Our tourism team at VisitBradford work really hard throughout the year to promote all that Bradford has to offer for visitors and residents alike, and this award is testament to that work.”

Patricia Tillotson Visitor & Business Development Manager at VisitBradford, said: “We were proud to submit an entry to the award, after the Luxury Travel Guide contacted us to let us know that the Bradford district had been nominated in the Emerging Destination of the Year category.”

Sir Gary Verity DL, Chief Executive of Welcome to Yorkshire, said: "Being named Emerging Destination of the Year is an outstanding achievement for Bradford and very well deserved. The City has a unique heritage with many award-winning attractions throughout the district, all fully embraced by the local communities. Congratulations to Bradford for this magnificent accolade.”