BrewDog Punk With Some Sheffield Steel

BrewDog, commonly thought to be one of the principal originators of the UK craft beer revolution, was founded way up north in Scotland, in Fraserburgh, in 2007, by James Watt and Martin Dickie. And it has, as we will learn, a Yorkshire connection.

Their flagship Punk IPA is the biggest-selling craft beer in the UK and Scandinavia. If I allow the brewers the right to describe it in their own terms, this will tell us much not just about the beer but the way the company markets it and will set the scene for the rest of the article. 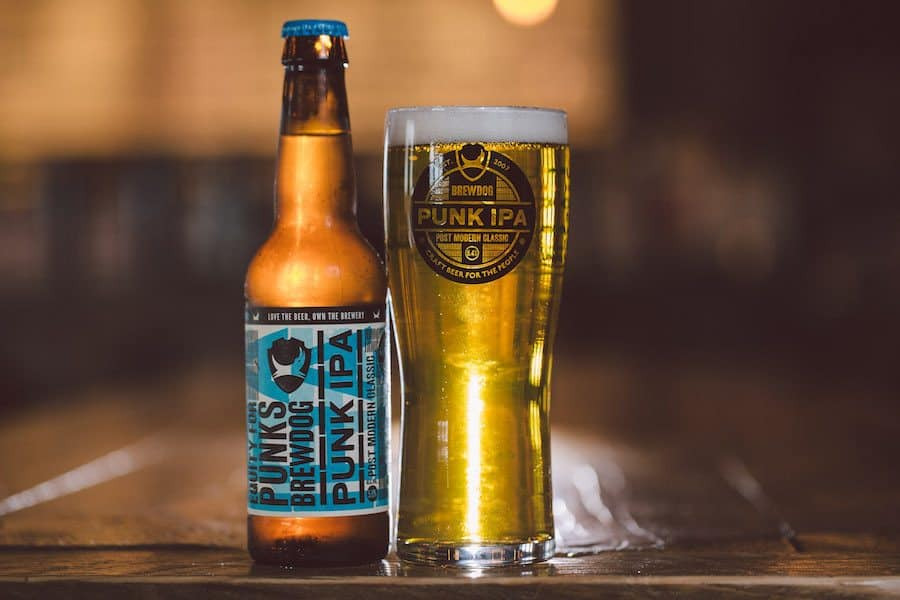 ‘An India Pale Ale that has become a byword for craft beer rebellion; synonymous with the insurgency against mass-produced, lowest common denominator beer. Punk IPA charges the barricades to fly its colours from the ramparts – full-on, full-flavour; at full-throttle. Layered with new world hops to create an explosion of tropical fruit and an all-out riot of grapefruit, pineapple and lychee before a spiky bitter finish, this is transatlantic fusion running at the fences of lost empires. Nothing will ever be the same again.’

Beyond dispute and rhetoric, it is a remarkable ale with an ABV of 5.6 per cent. It pours a hazy gold with a beige head that dissipates to a dense lace. Although a sweetish very hoppy beer, there's a satisfying bitterness in the finish that reminds you it is an IPA after all, although in many respects I would want to call it more an American pale ale. It has clean taste, a refreshingly tropical fruits flavour of bitter grapefruit melded with sweet pineapple lingering on the palate. It is easy to see why it is many young people’s beer of taste, being eminently drinkable, strongish and carbonised the way youth seems to prefer. So this is the beer that began the revolution! 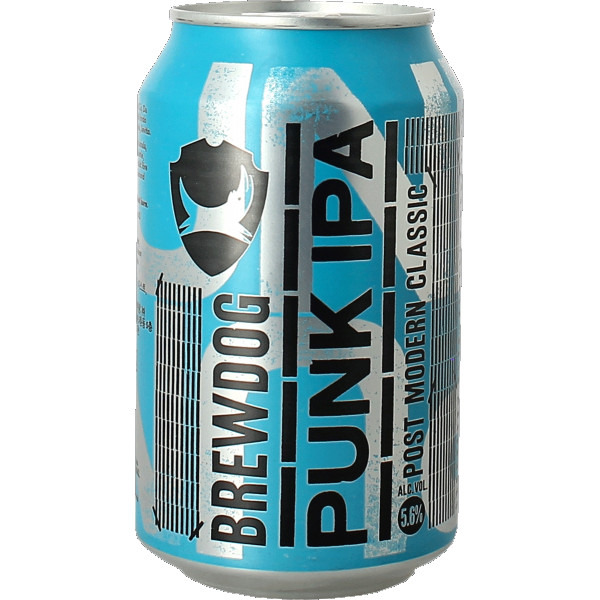 And now the Yorkshire connection. Not many people know this but Martin Dickie learned his trade with Sheffield's Thornbridge Brewery, who he joined in 2005 and stayed with until 2007, when moving back to his native Scotland - thus perhaps making the one-time Steel City the real progenitors of the revolution. Only 38, he is still in overall charge of Brewdog’s brewing, very hands-on, devising new recipes and overseeing his hand-picked team of master brewers.

It cannot be denied that both Watt and Dickie and BrewDog, in general, divide opinion among serious drinkers and ordinary members of the public. Some feel they are a breath of fresh air, that they take a modern switched-on view of the craft and are hugely innovative. Detractors point to the number of litigious disputes they have been involved with and the bizarre-sounding beers they have issued and the Screaming Lord Sutch-style gimmicky self-promotions they seem to specialise in.

Whatever camp you are in, undoubtedly theirs has been an amazing success story which has inspired countless others to turn to brewing craft ales.


Also by Andrew Liddle...
Beer Of The Week: Hambleton Brewery’s Beautiful NightmareWednesdays’s Wallop: Cragg Bitter From Little MoorBlack Dub Brewed In WensleydaleBellyrub Reopens For Craft Beer In ScarboroughWednesday’s Wallop: Ilkley Brewery’s Mary Jane
As a sign of things to come, they won the Prince's Scottish Youth Business Trust Young Entrepreneurs of the Year award in 2008 and have not looked back since. Having only opened their first bar - in Aberdeen - as recently as 2008, they now boast more than 80 worldwide. The main brewing moved from Fraserburgh to a much bigger plant in nearby Ellon, in 2012, giving them a greatly increase capacity. A handful of years later they were announcing plans to build a $30 million production brewery on a huge greenfield site at Murarrie, in Brisbane, Australia. Last year, they announced a similar expansion into the United States.

As undeniably good as their ales are, there’s no doubt that marketing was one of the keys to their success. Their 41% ABV, Sink The Bismarck, you might say seems like a blatant Guinness Book of Records-style attempt, in 2010, to grab the World's Strongest Beer title from the famous Schorschbräu, the German firm based in Gunzenhausen, who had long produced a 40% ABV version of their Schorschbock. In the same year BrewDog, overstepped the mark, in some people’s opinion, by producing a 55% ABV freeze-distilled beer called The End of History - with the bottles packaged in small stuffed animals, priced at £500 and £700 each. No matter that only 12 bottles were produced, they had achieved maximum publicity in a punkish sort of way.

I use the word 'punk' deliberately, not just because of the name of the beer but because BrewDog has described itself on occasions as a 'post-punk, apocalyptic, mother****** of a craft brewery' and enjoined its customers to ‘ride toward anarchy’. Indeed, their whole corporate persona seems to be aggressively anarchic, some of their mantras being 'In hops we trust,' 'this is the revolution - so help me Dog,' and 'changing the world, one glass at a time.' It has a document that it calls its charter, which contains phrases such as: 'We bleed craft beer,' 'We blow s*** up', and 'Without us, we are nothing. We are BrewDog.'

My own mantra is ‘deeds not words’ – and I judge by taste alone. Beer as good as this does not need too much promotion or language that requires asterisks. Let it speak for itself.