Britain’s ‘Barefoot Soldier’ Is Coming To A Town Near You!

“When the pain and exhaustion gets too much and I want to give up, I just remember why I’m doing this - to give my little girl the future she deserves. It keeps me going.” - Chris Brannigan, Army Major and eight-year-old Hasti’s dad 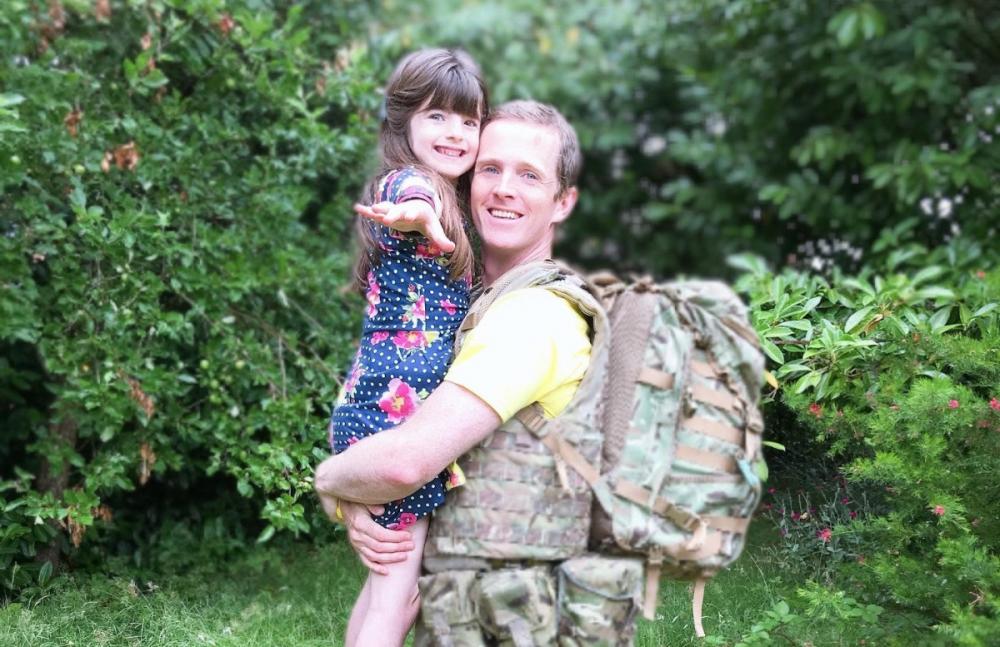 Hasti, with Army Major dad Chris
Army Major Chris Brannigan, 40, is currently nearing half way through an epic challenge - to walk 700 miles from Land’s End to Edinburgh via London barefoot - and he’s coming to a town near you!

The public support has been phenomenal - people have stepped out to support and cheer Chris on in every town he’s visited, providing food and words of encouragement when times have been tough.

The dedicated dad decided to do the challenge to raise money to fund pioneering research into a treatment for his eight-year-old daughter Hasti, who suffers a rare genetic condition.

So far he’s surpassed 300 miles of his journey, raised a staggering £140,000 in that time, and despite injuries and pain caused by battling the trek barefoot, he is soldiering on.

Public support has snowballed. A petition urging the government to implement an improved plan to tackle rare diseases, which he personally delivered to Downing Street on the London leg of his walk, accrued over 11,000 signatures in just two days since going live.

Chris says:
“This is both the best and worst thing I have ever done - nothing could have prepared me for how hard a challenge this would be, both mentally and physically but the support I’ve had from local people has been amazing. When I’ve reached my lowest points, I just remind myself why I’m doing this - Hasti is my life, my world and everything I’m doing is to give her the future she deserves.”


The family aim to raise £400,000 initially, but their final goal is £2.5million to provide treatment and hope for Hasti and others living with life-limiting genetic diseases, 95 per cent of which currently have no treatment at all.

Like any little girl, eight-year-old Hasti dreams about what she wants to be when she grows up - and more than anything she wants to become a dancer and chef.

However, tragically her family face a race against time to fight for Hasti’s future, as she suffers a rare, debilitating genetic condition which, by the time she reaches puberty, could dramatically restrict her quality of life and leave her permanently needing around-the-clock care.


Like any little girl, eight-year-old Hasti dreams about what she wants to be when she grows up

The heartbroken parents were told diagnosis meant a series of serious physical and mental health challenges.

For children with CdLS the severe mental health challenges often get worse from puberty. They often suffer from seizures and severe anxiety and self-injurious behavior.

They now live in fear worrying about how the potentially life-limiting condition - which has no cure or even treatment - will impact their happy-go-lucky daughter’s future, which is why Chris is raising money to fund pioneering research treatment options.

In Hasti’s case, her parents were aware there was something wrong as soon as she was born, but she didn’t receive a diagnosis until 2018.

They still have no idea how the condition will fully impact her until she gets older, and without treatment, she’s likely to never have independence. 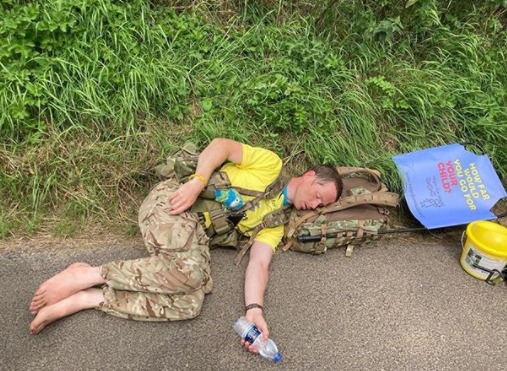 The trek has been a gruelling challenge for army major Chris, who has toured in Afghanistan
Hengameh, Hasti’s mum, says:
“It was so hard knowing something was wrong, but not receiving a diagnosis for so long - when we found out there was no treatment our hearts broke. We just want Hasti to be able to have the opportunities all other children have.”

The majority of those with CdLS will also experience depression and anxiety disorders that can lead to self-injurious behaviour. It is a life-limiting disease, and rare for children with CdLS to grow up and have independent lives.

There is no cure, or even a treatment to help Hasti, which is why her parents Chris and Hengameh have set up their own charity, Hope For Hasti, and on Monday 6 July, Army Major Chris departed from Land’s End to embark on a 700-mile, month-long trek to Edinburgh to raise money for pioneering research to help find a treatment. 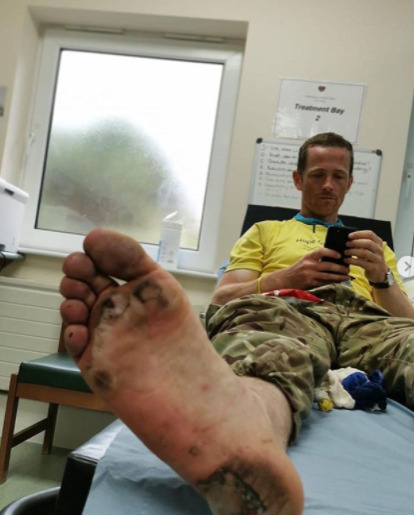 Chris is already feeling the physical impact of walking barefoot, at one point even walking with crutches, but says the support he’s received along the way by locals has been incredible.

People have come out in droves to show their support, offering meals and medical advice for his injured feet, and donations surpassed over £70,000 within a week.

He says:
“It’s a tough challenge but I’m doing this for my little girl, to give her hope for the future. Every painful step barefoot and every donation, no matter how small, hopefully means we are a step closer to funding research into treatments.”


Hasti's parents are also urging people to sign a petition asking the government to review its National Framework for Rare Disease, encouraging them to invest in research, earlier diagnosis and cutting edge treatments to give people who are affected hope.

With the future for Hasti is uncertain unless a treatment is found, Chris knows it’s a race against time to acquire the funding they need, adding:
“The support we’ve received so far has been incredible, but we know can’t do it on our own - every penny is vital to achieving our goal to help Hasti, and other children like her.

“It’s what any parent would do to ensure the best for their child, and we won’t stop fighting for a better future for those affected.”