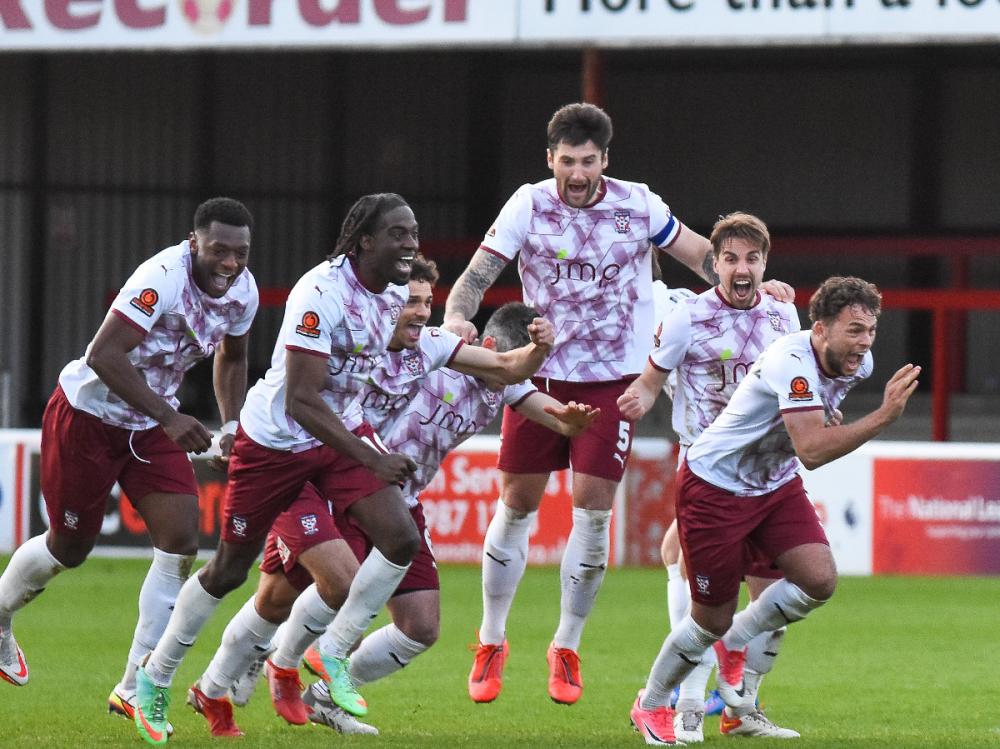 York City got themselves into the hat for the FA Trophy semi-finals in incredible fashion, after taking Dagenham & Redbridge to a penalty shootout on Saturday.

After trailing 1-0 from the 15th minute, The Minstermen were given a huge opportunity in the 96th minute, when they were awarded a penalty with less than 10 seconds to play.

Veteran striker Clayton Donaldson stepped up and with great composure, chipped it down the middle with a risky Panenka to send the City fans into delirium.

Things got even better for the City faithful as they watched their team come out 7-6 winners from the penalty shootout, goalkeeper Pete Jameson being the hero.

The draw for the semi-finals took place on Monday afternoon and it gave York City another trip back to the capital - Bromley are the next opponents in this away draw.

Bromley, the second National League side City will face in their FA Trophy campaign, sit in 9th, one place above Dagenham & Redbridge and just below the playoffs.

The Ravens aren’t in the best form, having only won one of their last five in the league, however they have been quite successful in the FA Trophy.

Defeating Dover and Aldershot brought Bromley to the Fifth Round, where they faced Tonbridge Angels. Both sides scored in the final 10 minutes, cancelling each other out and taking the game to penalties where the London club won 3-2.

Then it was high-flying Solihull Moors in the quarters. Solihull took the lead early on but Bromley came out 3-1 winners in the end, bringing them to this stage.

York will travel to Hayes Lane to take on The Ravens on Saturday 2nd April (3pm kickoff) where it will be played on a 3G pitch.


Here are both ties in the FA Trophy Semi-Final:

The Buildbase FA Vase Semi-Final draw also took place earlier so here is the draw for that one: