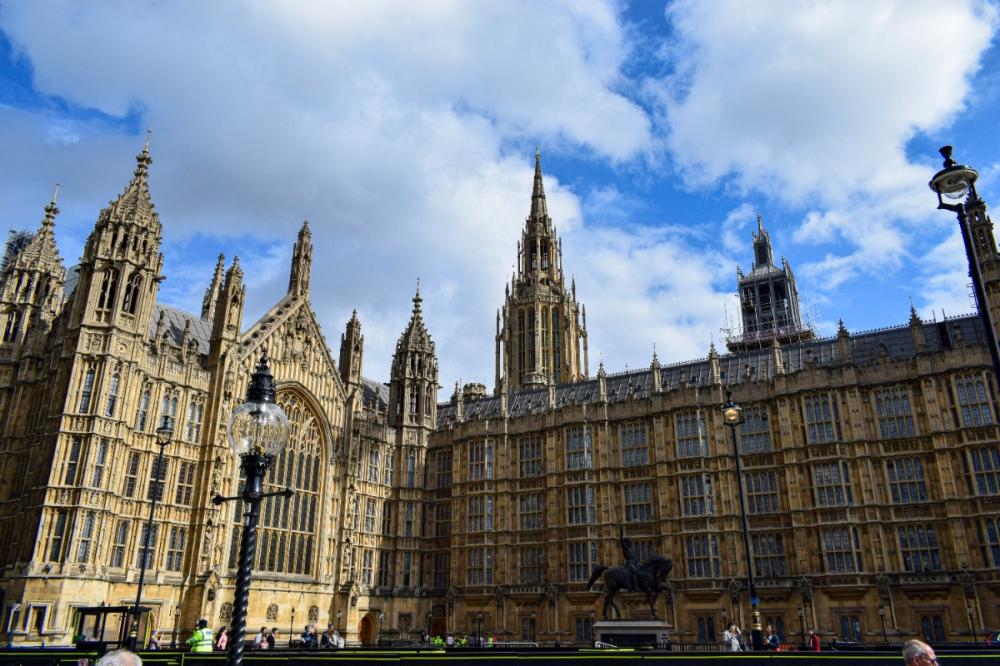 Photo by Craige McGonigle on Unsplash
A round up of business comments from today's Queen Speech:

“The Bills in this Parliamentary session offer an ideal moment for MPs and Ministers to enable the infrastructure system to play its fundamental role in addressing the pressing issues of climate change and sustainable development. Examining the need for natural capital to be included in the definition of infrastructure, as well as the role a single national policy statement could play in speeding up the planning for new infrastructure, are just two future focused challenges we would expect to see MPs take decisions on.”
Matthew Lesh, Head of Public Policy at free market think tank the Institute of Economic Affairs, said:

“The Queen's Speech lacks ambition in the face of Britain's immense challenges.

“Despite all the talk about embracing Brexit opportunities, for instance, the government is steaming ahead with legislation like the Online Safety Bill and the Digital Markets Unit that will undermine free speech and discourage the next generation of tech entrepreneurs."

“The Brexit Freedoms Bill will remove the effective supremacy of retained EU laws that now form part of domestic law. This is a necessary step towards reforming our regulatory environment, and it is encouraging that this was expressed in terms of repealing and reforming regulations.

"We must stay vigilant to ensure that executive powers are not abused or used to add to, rather than reduce, regulatory burdens."

“It is ironic that in the same legislative programme that seeks to repeal and reform regulation and support innovation, the government is also introducing a new regulator in English football - one of Britain’s most successful and innovative sectors.

“This regulation is unnecessary and likely to have negative unintended consequences. It is to be hoped that the government will carry out a rigorous cost-benefit analysis, so far absent from the proposals, before proceeding with legislation."

Commenting on planned reforms to data protection, Victoria Hewson said: “Reforms to our data protection laws will be welcome. Research published just this week has shown the negative effects the GDPR has had on innovation in Europe.

“The changes will need to be ambitious and meaningful. It is possible that the EU could withdraw recognition of the adequacy or our laws in response – so businesses and civil society organisations need to see real benefits for this to be worthwhile.”

Commenting on proposed reforms to planning, Dr Kristian Niemietz, IEA Head of Political Economy, said: “The fact that the references to 'planning reform' concerned themselves solely with relatively minor and trivial issues confirms what we already knew: this government has given up on any serious attempts to make housing in Britain more affordable. They have, once again, unconditionally surrendered to the NIMBYs.

“The original reform plans, outlined in the 2020 government White Paper ‘Planning for the future’, were about making the planning system more rules-based and less discretionary, thereby reducing the excessive political power of anti-development obstructionists and troublemakers. By U-turning on those plans, the government has made clear that this is a government for the NIMBYs, by the NIMBYs.

“Britain's housing crisis is at the very heart of the cost-of-living crisis. Without solving the former, there is no hope of making any progress on the latter.”
Matthew Fell, CBI Chief UK Policy Director, said:

“The Queen’s Speech comes at a crucial time, with households and businesses facing significant economic headwinds.

“Firms looking for the Government to address the cost-of-living crisis by growing the economy will be encouraged by the ambition in the Queen’s Speech.

“The focus on infrastructure, energy security, and skills all lay the foundations for sustainable, longer-term growth. And reaching for smarter, better regulation will ensure the UK remains world-leading in finance and put us at the front of the pack to make the most of emerging technologies.

“But alongside ambition, what’s needed now is a relentless focus on delivery. Ahead of the Autumn Budget, the Government should remain laser focused on unlocking the investment needed to grow the economy and address the cost-of-living crisis.”

“Today’s Queen’s Speech had some welcome measures for business, but unless the Government takes immediate action on the economy, they will come too late to help many firms.

“An emergency budget is needed to provide firms with the breathing space they need to raise productivity and strengthen the economy.

“The costs crises facing firms and people in the street are two sides of the same coin. If we can ease the pressure on businesses then they can keep a lid on the price rises being driven by surging energy bills, staff shortages and higher taxes.

“Only after an emergency budget will some of the legislation set out in the Queen’s Speech have a chance to drive our economy forward.

“Businesses will then be able to focus on supporting the missions set out in the Levelling Up and Regeneration Bill, as well as reaping the benefits from the infrastructure programmes outlined today. However, to really speed up delivery of infrastructure projects, much wider reform of the planning system is needed to speed up the process and reduce complexity.

“T
he Higher Education Bill gives a welcome commitment to create a flexible lifelong loan entitlement that allows adults to upskill and reskill for the changing workplace. Funding for modular learning is crucial to help people gain technical skills and ensure employers can access a skilled workforce.
“The Brexit Freedoms Bill has the potential to unlock innovation and expansion in a range of new and developing technologies, especially the expanding world of Net Zero products and services.

“We will want to look closely at how any changes will help business domestically but also their impact on our trade links and exports with the EU.

“What we don't want to see is deregulation for its own sake. We should not complicate our trading relationship by diverging so far it makes UK goods and services unsellable into Europe.

Dr Roger Barker, Director of Policy at the Institute of Directors, said:

“We welcome the Government’s stated ambitions of driving economic growth and easing the cost of living. We also welcome the Government’s focus on higher education reform, championing international trade, boosting renewable energy, delivering jobs across the country, the creation of the UK Infrastructure Bank and providing new opportunities for small businesses in public sector procurement. The reform of Companies House within the Economic Crime and Corporate Transparency Bill will also be important for directors.

“We are glad to see that, despite recent media speculation, the Government will bring forward draft legislation to create new competition rules for digital markets and the largest digital firms, as well as improve the governance of English football through the creation of a new regulator.

“Despite being overlooked in the speech itself, we are also relieved to see that the Government will be publishing an Audit Reform Bill, even if only in draft form. Recent scandals, such as Carillion, BHS and P&O Ferries, have shown that there are gaps in our corporate governance framework, reducing trust in British business. We have been working with the Government to ensure that these proposals are both robust and practical. A year on from the Government’s white paper, these widely supported and uncontroversial changes are now long overdue and we would urge Government to ensure that the proposals are implemented in a timely fashion."