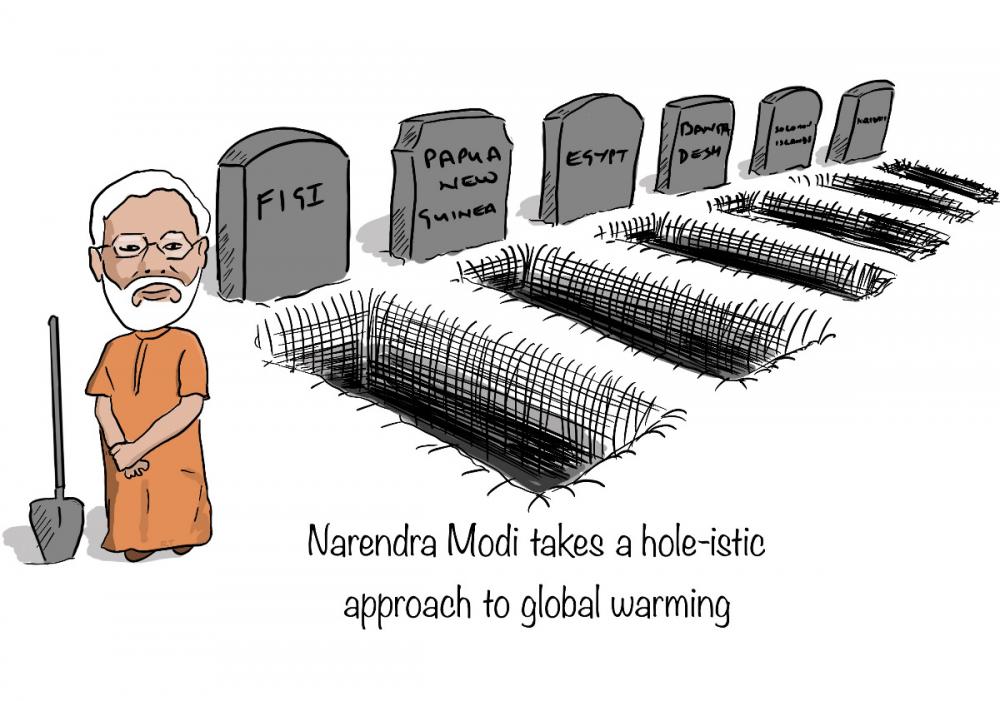 "A major win in international diplomacy"! That's not in the least bit irritating, is it.

Both India and China pushed hard for the final language on coal to change – and used brinkmanship to get their way.

Bhupender Yadav (India's climate minister) objected to phasing out coal and fossil fuel subsidies when they "have still to deal with their development agendas and poverty eradication".

However, COP26 President Alok Sharma, who – perhaps – has a different view, said "China and India will have to explain themselves to climate-vulnerable nations". Mr Sharma also said that "the deal struck in the Glasgow Climate Pact was a "fragile win". He further insisted that the "historic" deal "keeps 1.5°C within reach".

UN Secretary-General António Guterres said we were "hanging by a thread" and "we are still knocking on the door of climate catastrophe ... It is time to go into emergency mode – or our chance of reaching net zero will itself be zero".

US climate chief John Kerry has defended the Glasgow deal by saying “this is not the finish line for climate change … what we need is to live pollution-free”.

John Kerry and Alok Sharma have a point. Greta Thunberg, on the other hand – with her catchy but unhelpful "blah, blah, blah" – is in danger of becoming pointless, like a child who sticks her fingers in her ears and refuses to listen any more. That never ends well.

But the ones who stagger me the most are those that say "we can't afford it" – with the implicit assumption that climate mitigation is an optional luxury. All COP26 was asking for was for the world to spend a little less time 'f-ing' the planet and give it some love instead.

To that extent the conference must surely be seen as a great success: 'Climate fever' is taking over and – however much they wriggle – India and China will need to explain themselves to the rest of the world far sooner than they had hoped.
Also by Richard Trinder...
NASA Telescope Reveals The CreationUkulele Orchestra Of Great Britain Strikes A ChordMikron Theatre's Wild And Wonderful World Of WeatherJames Webb Telescope Marks A New Dawn For HumanityLobbyists Pollute COP26