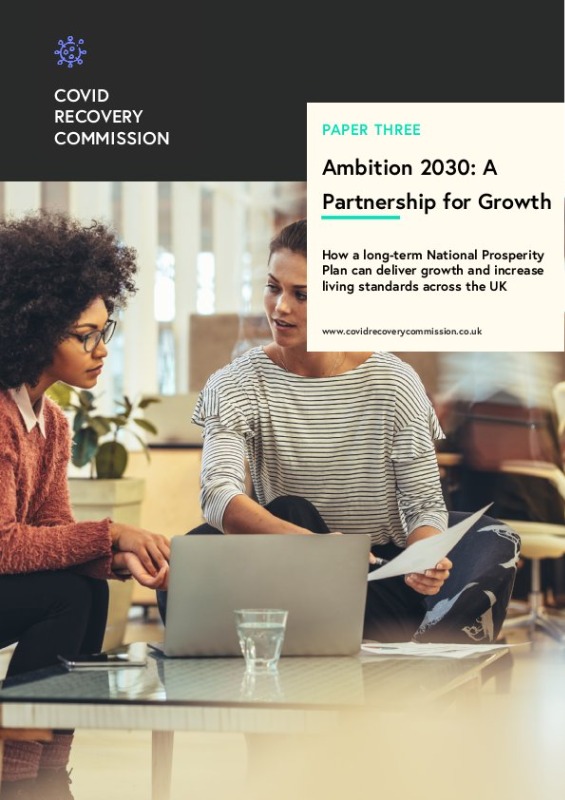 Some of the UK’s leading business figures have set out the blueprint for a National Prosperity Plan to help create globally competitive industries in every part of the UK, deliver on the government’s net zero commitments and reduce the economic and social inequalities that have been widened as a result of the pandemic.

10 of the UK’s top business leaders recommend a new compact with government and civic leaders as part of a blueprint to ensure the UK can develop world beating industries and support people as they recover from the pandemic and transition to the jobs of the future.
Report proposes the introduction of a National Prosperity Scorecard to measure ‘levelling up’ against a set of social as well as economic indicators, a ‘Help to Train’ scheme to halve the projected skills deficit by 2030 and a National Deal for Net Zero Homes including a call on government to retrofit every council house in the UK.

The Covid Recovery Commission of 10 business leaders, including Chairs and Chief Executives representing AstraZeneca, Heathrow, Vodafone, Shell and Tesco, has published a major report today, ‘Ambition 2030’: A Partnership for Growth’. The paper argues that, “the pandemic has had a bigger impact on our economy than any event in the last 300 years.” Analysis by the Commission reveals that the pandemic has exacerbated existing inequalities with unemployment, mortality rates and mental health cases rising fastest in the most deprived communities across the UK. It also shows that 18% of the most deprived people – 1.15 million people – in the UK are living in local authorities with the highest economic output.

The report sets out the case for a new compact between purpose-led business, government and civic leaders to deliver real and lasting change in every part of the country. Key to the Prosperity Plan is the creation of a National Prosperity Scorecard. This would set specific metrics against the Government’s ‘levelling up’ plans to assess and track progress on a key set of social as well as economic indicators including employment and benefit dependency rates as well as health and educational outcomes. Local leaders would also be tasked with developing their own Local Prosperity Plans to help drive growth in every part of the UK. 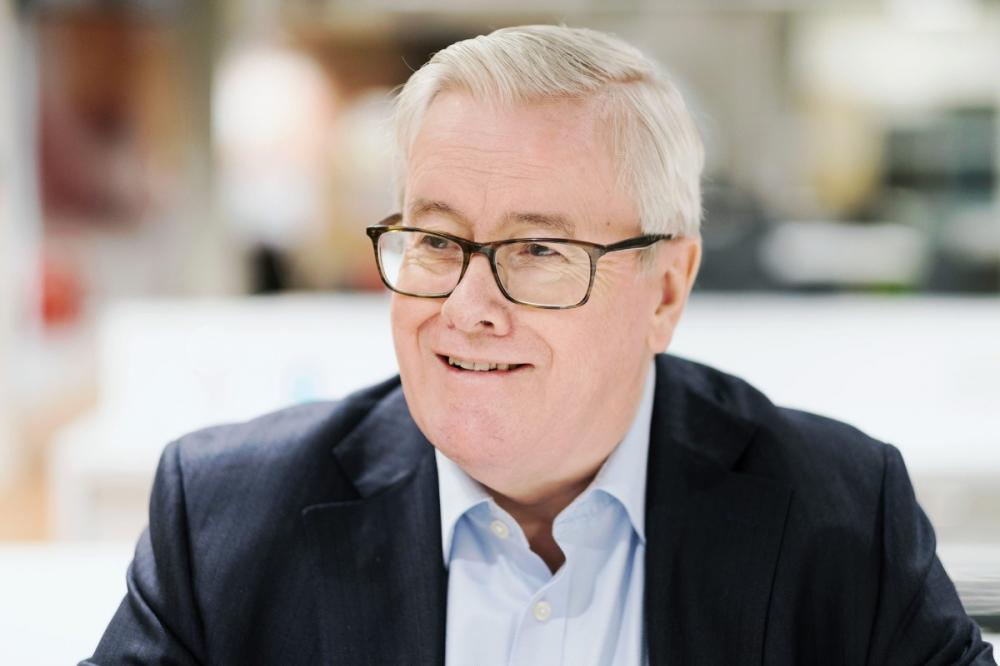 John Allan
John Allan, Chair of the Covid Recovery Commission, said:
“A National Prosperity Scorecard will be key to evaluating the success or failure of local plans to level up communities. By looking beyond purely economic measures, it could also act as a vital warning light for local communities. Measures on the scorecard should include issues which are important to families such as mental and physical health, community resilience and transport connectivity. They should be set by central government but then it should be up to local leaders to drive local action.”

The Commission’s final report, which has been authored by WPI Economics, is the culmination of 10 months’ work, where the group consulted over 100 public policy specialists, academics, business groups as well as representatives from the devolved nations and each of the 8 Combined Mayoral Authorities.


The report includes a package of further policy recommendations including:

The creation at least one new globally competitive industry cluster in every part of the UK by 2030, primarily by harnessing the UK’s research firepower with highly skilled workers, fast growing businesses, and domestic and foreign investment.

A ‘Help to Train’ scheme to assist in halving the projected skills gap by 2030. This includes a radical overhaul of the Apprenticeship Levy and the introduction of a Lifelong Learning Account, which would allow people from the age of 25 to access a pot of money worth as much as £10,000 to spend on upskilling and retraining courses during their working lives.

A National Deal for Net Zero homes. A 15 year pathway to decarbonisation of the housing stock including a commitment by Government to make every social home in the UK as energy efficient as possible by 2030 and the introduction of a Green Homes Bond, a social impact bond to provide the upfront funding for retrofit of buildings in return for a long-term share in savings made through cheaper energy bills.

The creation of a new Community Infrastructure Endowment Fund to match-fund business investment in communities and the introduction of a Wellbeing at Work Guarantee: ensuring that, by 2025, all employees across the UK have immediate and costless access to support for their mental health.

“We support many of the conclusions reached by the Commission in what is clearly a thoughtful piece of work.

“We’ll also look to draw on and incorporate some of the key recommendations when we release our own economic strategy in the weeks ahead.

“The Commission’s findings provide yet another proof point of a growing consensus in the business community for industry and government to work together to take on the biggest issues we face.

“Business stands four-square on the need to create a fairer, more resilient economy post-Covid and to accelerate the race to net zero.”