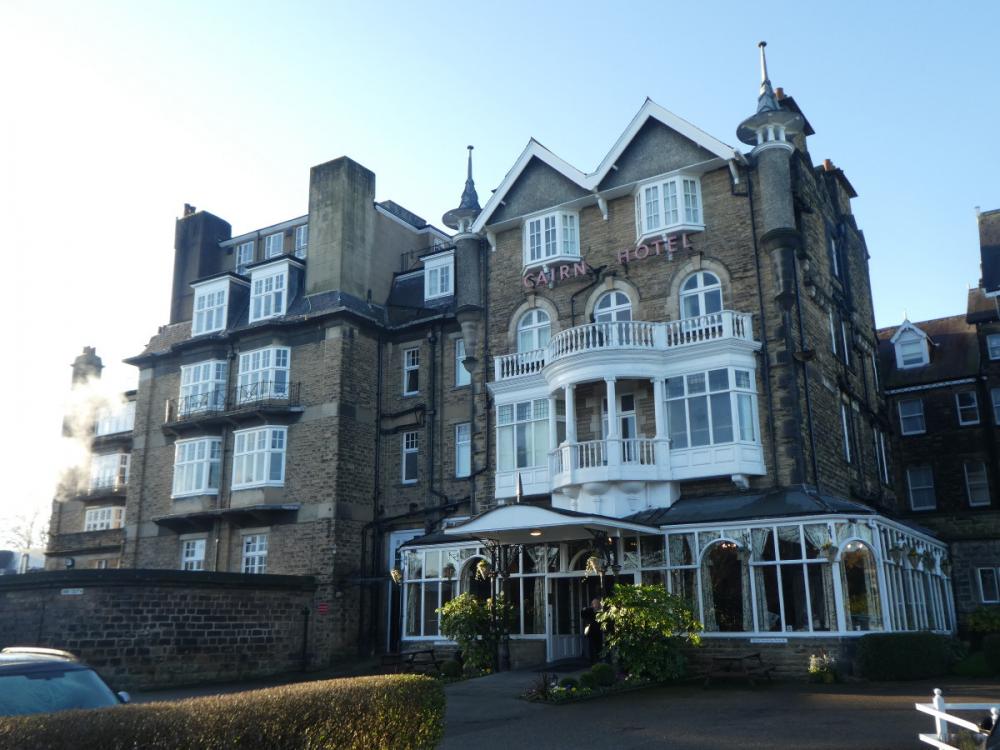 When you hear a guest who was checking in commenting that he was a regular and his stay wouldn't be the last, then the Cairn Hotel in Harrogate must be doing something right.

As you enter the hotel the first thing you notice is the smell, it has that old World smell, not in a bad way but a scent that takes you back. The hotel has a lot of history attached to it from being the home to the local vicar to being the main post office for the northern England during the Second World War, to now being the Cairn you can feel the history. 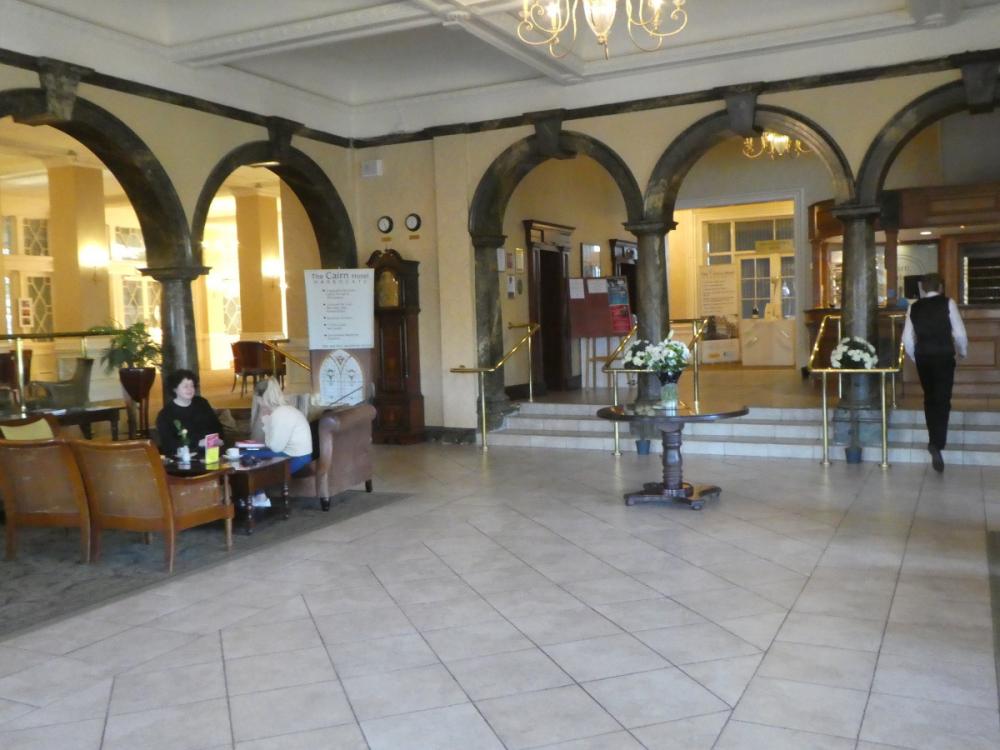 Front lounge
It is though a mix of many styles and standards, as we make our way to our Superior room on the third floor we walk on a new carpet as our eyes cannot help missing the paintwork that is badly chipped and could do with a new lick of paint. They are slowly doing the hotel up but it is such a big place and so will need a lot of time and cash putting in, which is on going. 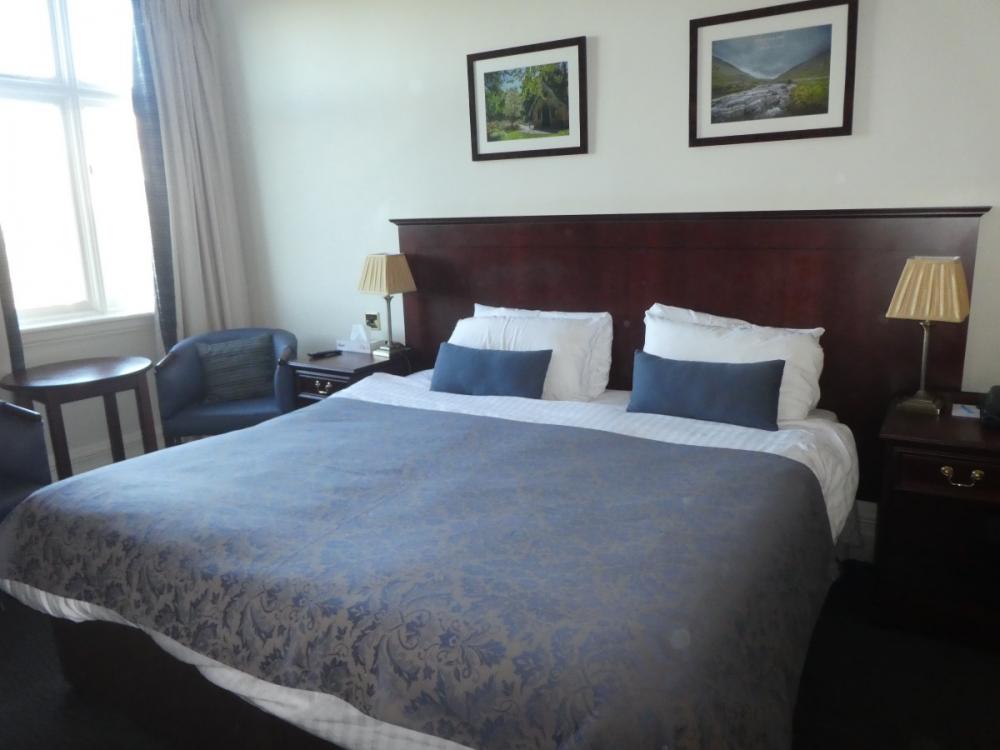 Superior room
We enter our Superior room and it is in complete contrast to what the corridors might have led you to expect. A warm and homely room which was clean and modern. As the hotel is 3 star you don't get a fridge but you do get tea/coffee making facilities, flat screen TV and a modern bathroom. The Wi Fi worked speedily too. 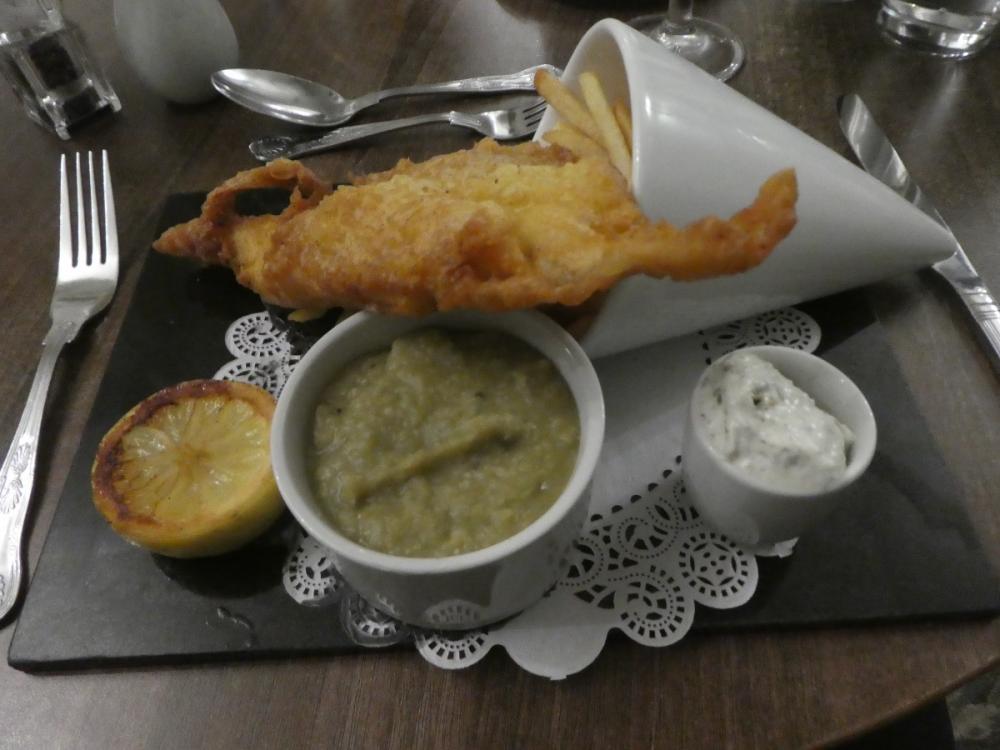 Fish & chips
You can order meals at the bar but the tables in the bar area are not really conducive to eating a meal, as they are too low down. Instead we were allowed to order from the bar menu and eat in the main restaurant - The Windsor Suite which is adjacent.

The receptionist had recommended the Fish and Chips which when served were imaginably presented and tasted fresh.

My partner's Steak and Fries were served hot and the steak was said to be beautifully cooked.

The service throughout at the evening meal and at breakfast was what you would normally receive at a 5 star hotel never mind a 3 star hotel. 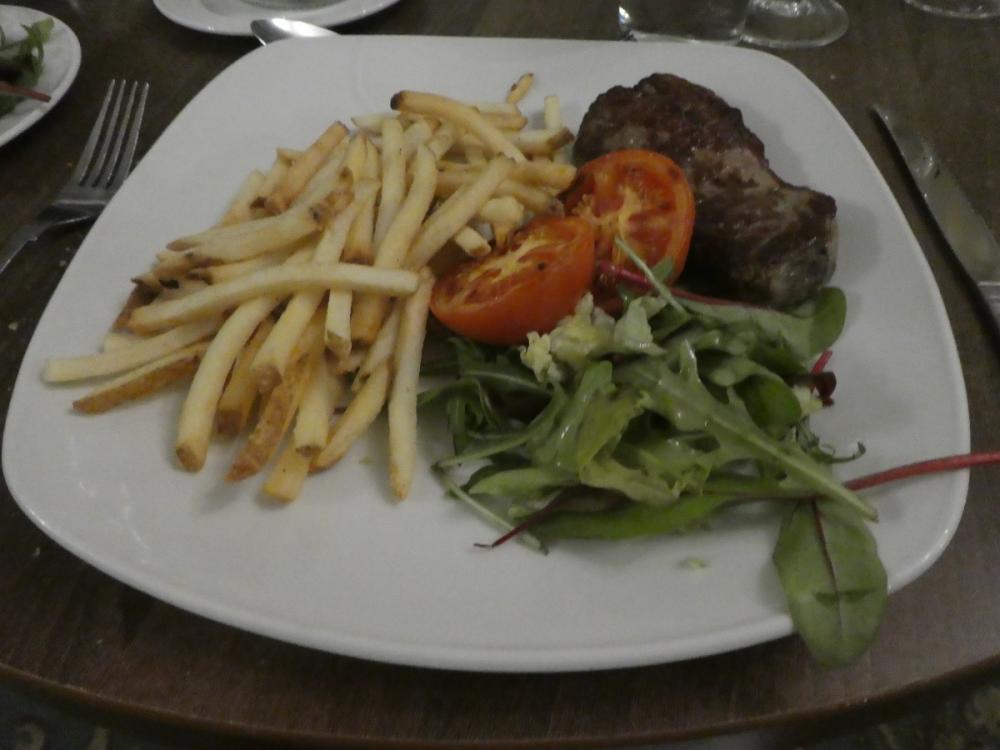 Steak & fries
The presentation of the staff in their smart uniforms was not something we were expecting and it was pleasing to see so many of the catering and bar staff taking a pride in their work.

From speaking to some of the other guests it seems that the standard rooms did not live up to their expectations so I would suggest a superior room or above. It does appear to be a mix of standards and in complete contrast to the dining experience.

The ballroom is said to be one of the largest sprung floor ballrooms in the north east, which probably explains the many dance events they have. The free car park was an added bonus and as Harrogate town centre is less than a 10 minute stroll away you can leave your car in the hotel car park. 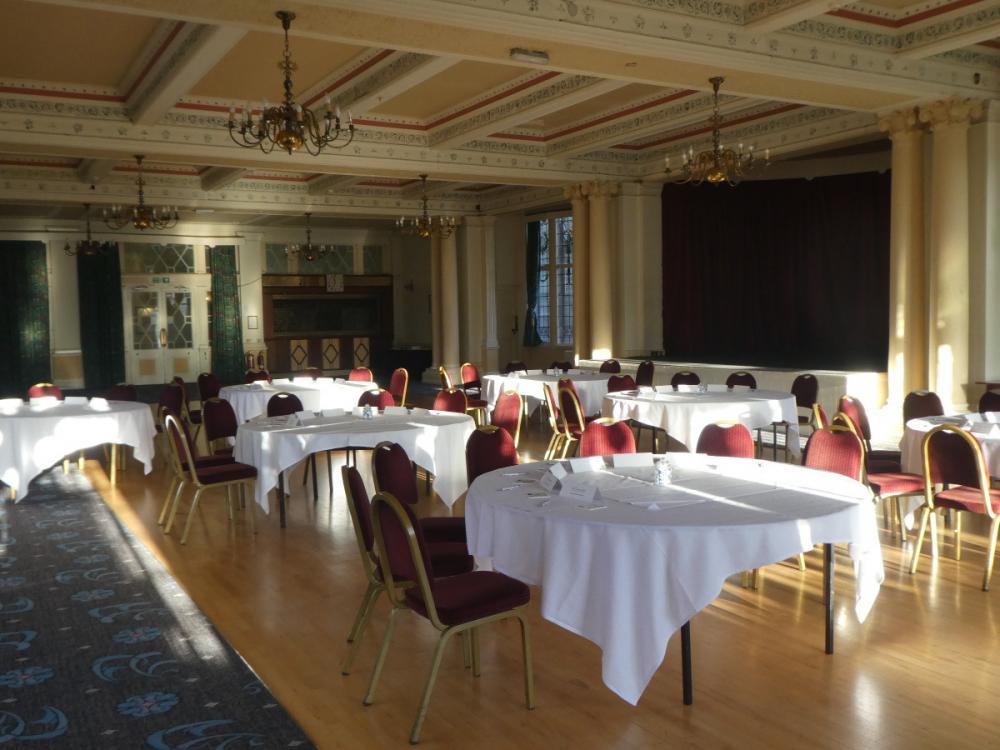 Promenade Room (Ballroom}
The extensive grounds have seating areas for dining outside in the warmer months.

Like the man we met checking in on our arrival, it is a hotel we would return to - the hotel is part of the Strathmore Hotel Group based in Scotland - which means you will get a good buttery shortbread served with your coffee.

A stay here will not break the bank either with 2 night stays starting from £129 per person in the spring which includes breakfast and a 3 course evening carvery meal - music to the ears of any canny Yorkshire man.


Also by Graham Clark...
Paul Weller Brings Back The Style To The NorthTurtle Bay Delivers A Taste Of The Caribbean In LeedsPopworld Is Coming To LeedsThe Winner Takes It All - Bjorn Again Are Coming To York RacecourseNot An Illusion - Leee John Is Coming To Leeds