What does a Formula 1 correspondent do on a spare day between Grand Prix reporting commitments? Well, he of course heads to a race circuit (Tockwith, near Wetherby), but for something noticeably different to following the exploits of Lewis Hamilton and co. 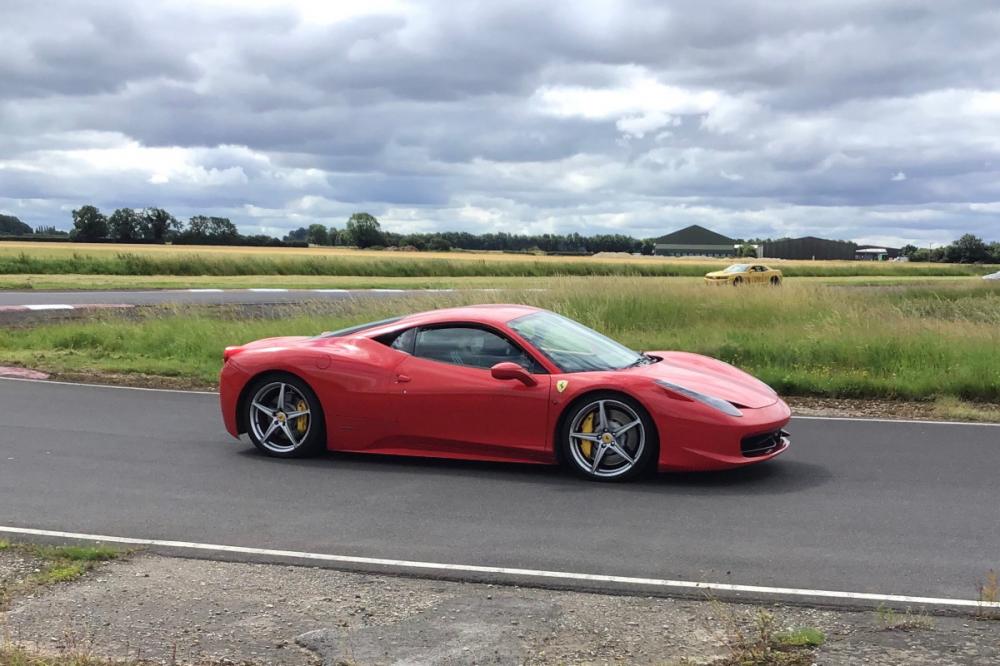 Ferrari’s 458 Italia certainly stirs the soul and the heart rate
Driving experience days are proving extremely popular as going on track in something probably way beyond your own day-to-day car is an incredible attraction and when you throw in one-on-one professional tuition it just gets even better. 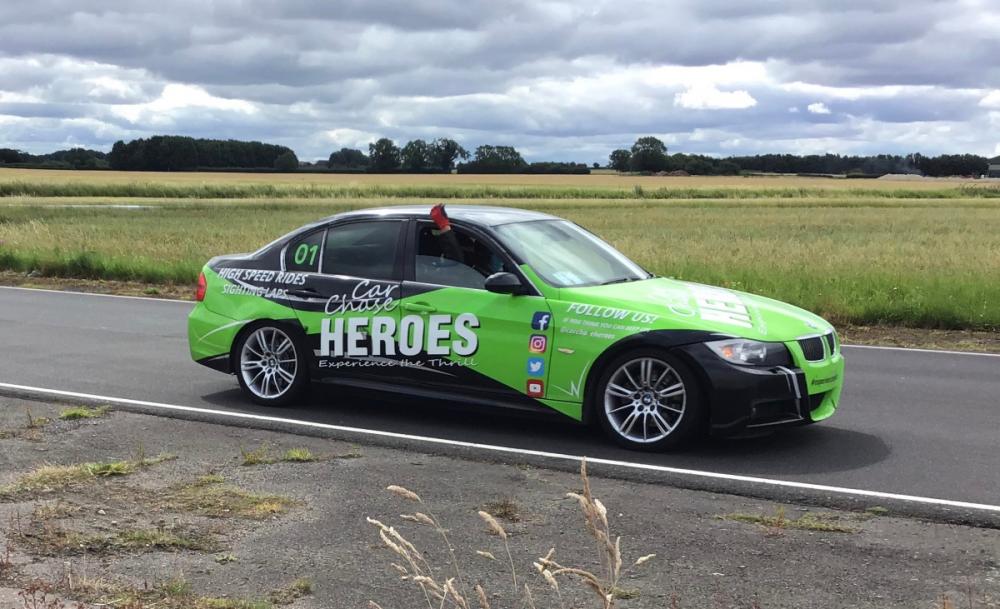 Hot laps in a chauffeur driven BMW are fun
Based in Llantrisant near Cardiff, Car Chase Heroes offers an amazing selection of over 50 vehicles to choose from, a real car lover’s dream. The company holds regular driving experience days at 17 circuits spread widely around England and Wales and for those based in the north these venues include Tockwith, Blyton Park near Doncaster and the Three Sisters track not far from Wigan.

The man behind the business is Tom Roche, who was a successful kart racer before becoming a nine time UK Mazda MX-5 champion in cars and whose exploits I regularly reported on at the time. In 2010 he set up Blendini Motorsport, offering a growing range of race car management services and driver tuition, and this is complemented by the Car Chase Heroes operation. 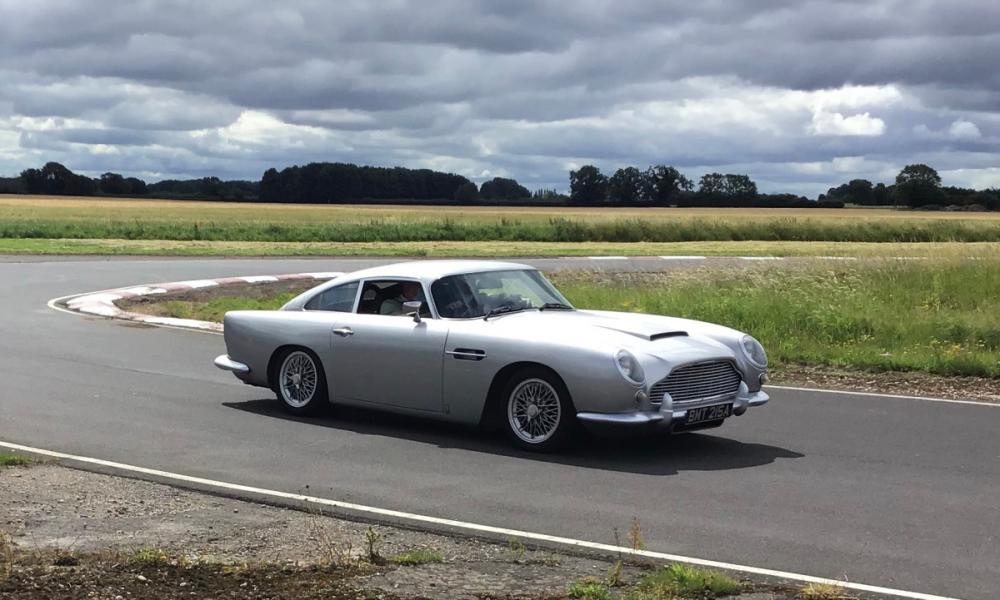 Fancy being James Bond in a recreation of his famous Aston Martin DB5?
The title is unusual and it relates to the fact that many of the vehicles offered are iconic movie and American muscle cars. For example, how about getting behind the wheel of an Aston Martin, a Jaguar, a Mustang, a Camaro, a Corvette, a Dodge or a Shelby Cobra? There are also some amazing European sports cars available too from the likes of Ferrari, Lamborghini, McLaren, Porsche and Audi and of course we mustn’t forget the pocket rocket Ariel Atom. If performance isn’t your thing though, it’s also possible to cruise round in a famous Batmobile or learn how to drive a truck.

The Dodge Hellcat muscle car has a mere 707bhp!
Many of the cars can be driven even if you don’t hold a driver’s licence and anyone aged ten or older is welcome as long as you can reach the pedals and are at least 135cm tall. If you don’t want to drive yourself but still want to experience the thrill of speed, hot laps being chauffeured in a BMW by one of the instructors are also available. Comprehensive information about the calendar of events, available vehicles, costs and booking procedures can be found at their website (www.carchaseheroes.com). 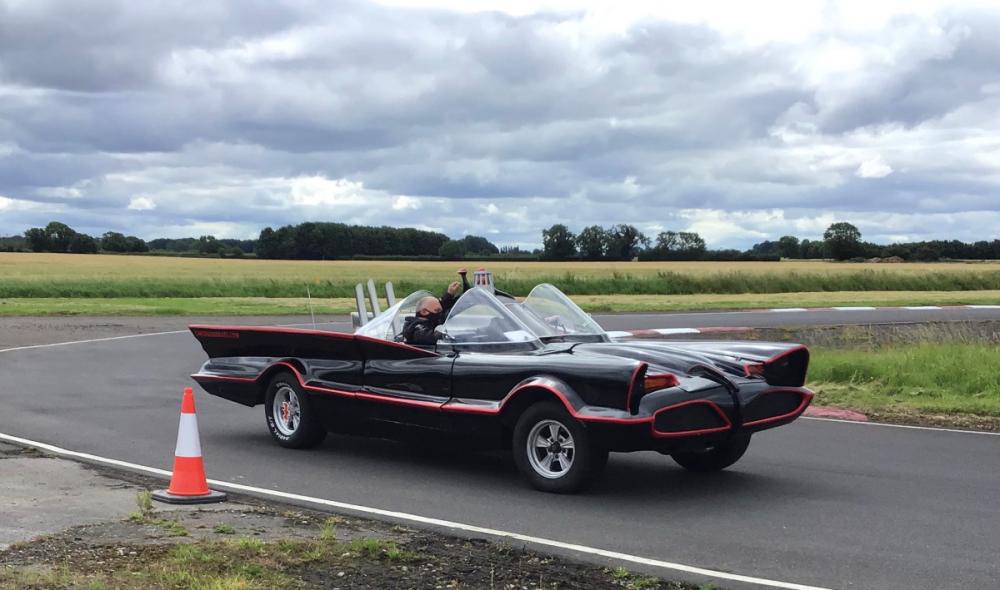 You won’t go unnoticed in the Batmobile
If you know someone who loves speed and would jump at the chance of driving under expert guidance a car of their dreams, Car Chase Heroes might just be the thing.