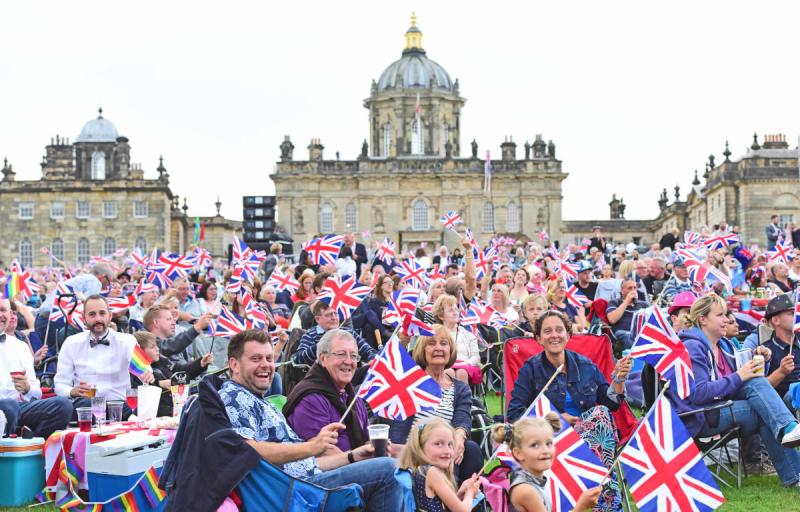 The 2019 Castle Howard Proms, on Saturday, 3rd of August, 2019, promises to be something truly special. Featuring the acclaimed Welsh tenor Wynne Evans, plus North Yorkshire’s own operatic soprano, Sarah Fox, as well as lots of support acts, it will begin with a Spitfire fly-past and end in a blaze of fireworks.

Wynne Evans, a familiar television face after a decade in the recurring role of Gio Compario in a series of popular TV adverts, is the best-selling classical tenor whose debut album went straight to number one in the classical charts. His acclaimed performance in the 25th anniversary of The Phantom of the Opera, and frequent appearances at the Royal Opera House with English National Opera and Opera North have made him much in demand.

He last performed at this magnificent stately home in 2014, and says he is looking forward to coming back: “I’m delighted to be returning for the Castle Howard Proms, it’s always such a spectacular evening.”

Sarah Fox, Giggleswick born and bred, has performed around the world, taking leading operatic roles in Germany, Barcelona and Cincinnati, and will be making her debut at Castle Howard. No stranger to the Proms, she performed in the BBC MGM Prom in 2009 and The Proms in 2011.


Also by Andrew Liddle...
Flying Herbert On The Cleveland WayKing Neptune's Baptism Of FireWhy I Didn’t ClapThe Pub ReopensBeer Of The Week: Selby Blonde From Jolly Sailor
The London Gala Orchestra is under the baton of Stephen Bell, and the compère for the evening is Phil Seymour, known to sports fans as the master of ceremonies for World Snooker and World of Sport Wrestling.

“This is a fantastic line-up for this year’s event, and it is wonderful to have Wynne returning after a very warm reception five years ago,” says Mark Harrison, the promoter and organiser. “The Castle Howard Proms always provide a night to remember, and we’re looking forward to bringing back traditional favourites such as the Spitfire flypast at the start of the evening, as well as a stunning fireworks and laser show to bring the evening to a close.”

The North’s most prestigious al fresco promenade concert, one of the highlights of the summer, is performed on the North Front lawns of the historic house, which gently slope down towards the lakeside-stage to form a natural amphitheatre. It is slightly earlier than in previous years, to accommodate an enormous BBC Countryfile Live event in the grounds later in August.

Tickets are available from the Castle Howard ticket office or online at www.castlehoward.co.uk. VIP tickets, which include a champagne reception and dedicated seating, start from £175 per head.