Last month The Courtyard Dairy took home a host of awards at two separate ceremonies: ‘Cheese Shop of The Year’ was awarded by The Guild of Fine Food, and ‘Cheesemonger of the Year’ by Farm Shop & Deli Awards.

The icing on the cake, however, was the award of ‘National Food Shop of the Year’ at the Farm Shop & Deli Awards, where there was stiff competition from hundreds of independent food shops, farm-shops, bakers, butchers, etc.

Kathy Swinscoe, co-owner of The Courtyard Dairy, was thrilled to receive the awards: “It was brilliant to be recognised by both awards as a fantastic cheesemonger, but we were blown away to receive the esteemed ‘National Food Shop of the Year’ award! It is such a credit to all of our fantastic staff, our customers and, particularly, the small independent cheese-makers we work with”.

The judges included Radio 2’s Nigel Barden, who was particularly impressed by The Courtyard Dairy’s total dedication to cheese which he said came “with no compromise on sourcing and selection decisions,” adding

“The Courtyard Dairy is a fantastic out-and-out cheese shop, with a real passion for promoting farm-made cheeses, which are matured on site by staff with a great in-depth knowledge. Real champions of the local community.” 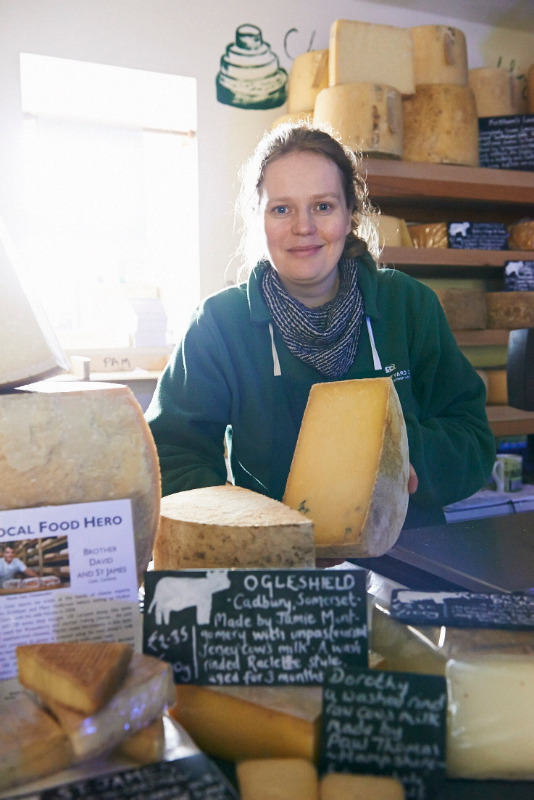 The coronavirus restrictions meant that the awards had to be live-streamed instead of held in public, so it is hoped that there will be chance to celebrate with the whole Courtyard Dairy team at a later date.

“It was nice to receive some positive news,” said Kathy,

“After these last few months, which have been tough. The loss of significant numbers of customers going to independent shops, coupled with our wholesale restaurant business stopping overnight, has meant that our business has struggled to survive, along with the vast majority of the British farmhouse cheese producers.

"Thankfully we have been able to concentrate on the successful mail-order side of our business, which has helped to a degree, but many of those producing traditionally-made farm cheeses are still in desperate need of more customers.

"Hopefully receiving these awards will give us a boost, help us to sell more of their superb farmhouse cheese, and then we can see the return of our amazing staff that we have had to furlough."