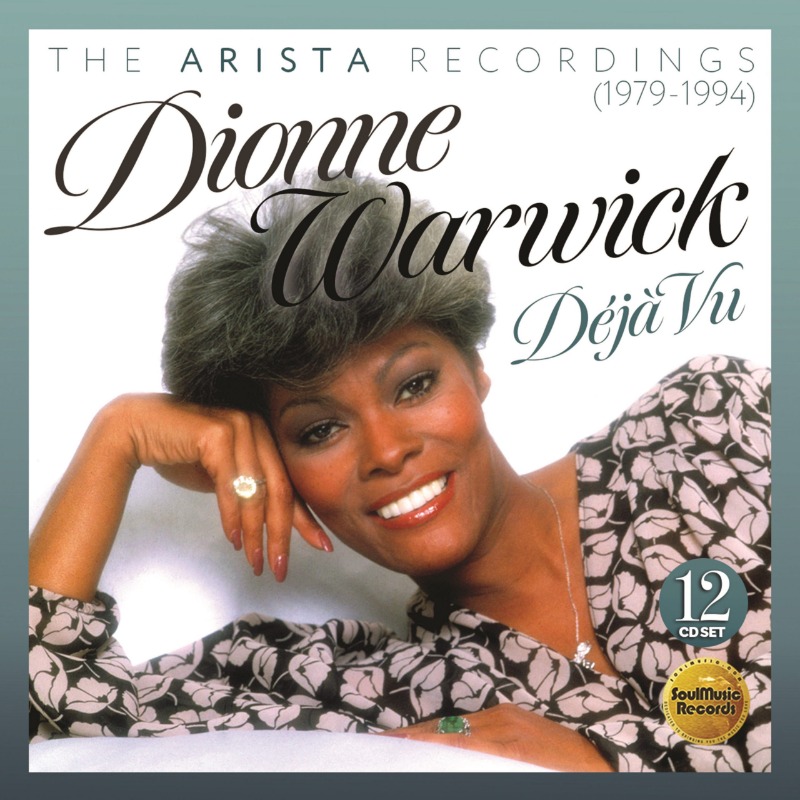 Dionne Warwick boasts a vocal that is instantly recognisable. It is one so distinct that when she recently appeared on The Masked Singer in the US, it was impossible that the hidden personality could have been anyone other than the 79 year old singing icon. Although unconnected to the her appearance, the release of the rather epic 12 disc box set collection could not have been more perfectly timed.


Also by Jeremy Williams-Chalmers...
Empress Of - I'm Your Empress OfBecca Stevens - WonderbloomGil Ofarim - Alles Auf HoffnungAlice Jemima - Everything ChangesLiLA - Lieberlila
Charting her Arista Years, Déjà Vu starts its journey some 16 years after the release of her debut album Presenting Dionne Warwick. Opening with 1979's Dionne, the collection opens ahead of her highest charting UK album, 1982's Heartbreaker, which hosts her highest charting UK single - the title track, which peaked at #2.

Documenting 12 albums in any career would see twists and turns, and there is no denying that some of the material featured is stronger than others. However, as a celebration of an artist, this is a collection that truly cements Dionne's place as one of the finest female recording artists of all time.

While Heartbreaker is clearly the most commercially positioned release, it is actually far earlier in the chronological scheme of things that Dionne shines the brightest. The stunning Who, What, Where, When, Why? remains one of the best recorded songs ever. Of equal standing is a cover of The Box Tops' The Letter, which is simply wonderful.

Although Warwick will also be best remembered as an emotive balladeer, the range of material, albeit mostly with a jazz leaning, is quite breath taking. As a collection this is one for the Warwick fans, but it is one that could well win over a new audience from her far too brief appearance on The Masked Singer. Dionne Warwick is one of a kind and this collection shows that flawlessly.