Chinese business leaders today call for a ‘new chapter’ with the UK – as they prepare to invest billions in Brexit Britain and create thousands of jobs over the next two years.

An unprecedented survey of Chinese companies operating in the UK by the China Chamber of Commerce (CCCUK) reveals they are optimistic about the British economy and profit growth despite Brexit.

Chinese business community ready to back Brexit but voices concerns that billions of pounds of investment in the UK could be compromised because of worsening political climate
New, unprecedented survey of 75 Chinese companies shows they plan to grow their UK operations and create thousands of jobs in the next two years.
The call for cooperation comes ahead of the CCCUK Annual Economic and Trade Forum where speakers include Ambassador Liu Xiaoming, Sir Vince Cable and the CBI’s Guy Dru Drury. 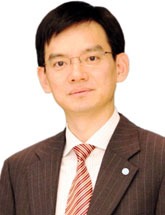 CCCUK Chair Wenjian Fang
And CCCUK chair Wenjian Fang – general manager of Bank of China in London – called for an “improved dialogue” between Britain and China so both economies can prosper over the coming decade.

He warned that the deteriorating political climate and moves by MPs to close the door on Chinese investment could force some Chinese business out of Britain.

Speaking ahead of the CCCUK Annual Economic and Trade Forum today (Weds) he said: “Our members stand ready to play their part as the Prime Minister seeks to ‘build, back, better’.

“They are confident about the resilience of the British economy, and they are planning to invest more and create jobs over the next two years.

“But it’s also clear the increasing geopolitical tensions are having an impact and some Chinese companies here could soon be at a point where they draw conclusions and look to move their money and expertise elsewhere.

“CCCUK will work with British business to keep doors open and deepen our economic partnership for the benefit of everyone.”

A 80-page report published by CCCUK - “2020 Report on the Development of Chinese Enterprises in the UK” – at the Forum reveals the sheer breadth of the Sino-British economic relationship with companies operating everywhere from Scunthorpe to Manchester, Birmingham and Greater London.

While the turnover of the top 800 Chinese companies in the UK totals more than £90 billion, dozens of CCCUK’s members generate revenues of less than £5 million a year.

The top 800 Chinese companies already employ around 70,000 people across the UK.

The survey hails recent success such as Jingye’s rescue deal for British Steel, which saved 3,000 jobs, as well as Beijing Construction’s regeneration work in Manchester.


Among the key findings, the report notes:

Some 83 per cent of Chinese firms in the UK say that growing their existing business is among their top priorities. In all, 95 per cent view the UK as a crucial part of their global operations.

Some 75 per cent do not believe the Coronavirus pandemic will have an impact on their business beyond the end of 2021.

While some 64 per cent believe Brexit will have some negative impact overall, as many as 44 per cent of those surveyed claim a No Deal would have no impact whatsoever on their investment plans in Britain.

Nearly three quarters – 74 per cent – have reinvested all or the majority if their UK profits back into the UK. At 81 per cent of the companies, decisions are made solely by the UK management teams.

The report also highlights that the Chinese business community backs the Government’s handling of Brexit and while keen to see a deal between Britain and the EU they back the Prime Minister’s vision on both freeports and a points-based immigration system.

They also want to play a part in helping Britain tackle climate change through the Prime Minister’s “Race to Zero” through new technology and by supporting a new generation of nuclear power plants.

Mr Fang said: “The ties between our two nations run deep and I remain hopeful that the partnership between the UK can survive and prosper.

“I truly believe that with the right, pragmatic approach and positive mindset, the relationship can grow, helping to create greater business opportunity and economic value for us all.”