City To Play Host To Rob Burrow Leeds Marathon In 2023 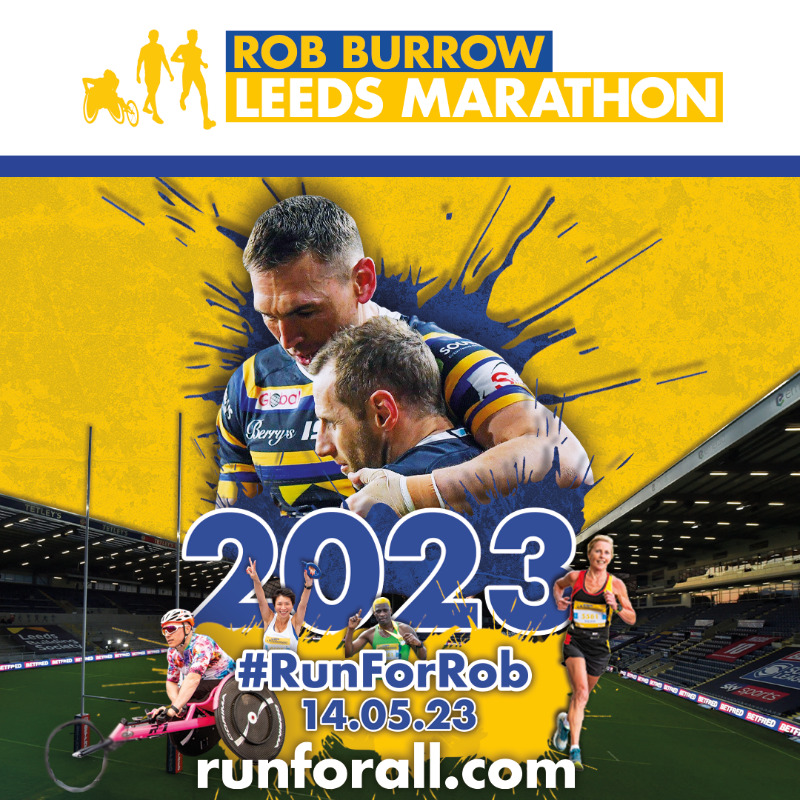 A new marathon is coming to Leeds in 2023 that will honour Leeds Rhinos legend Rob Burrow MBE and help raise vital funds for the Leeds Hospitals Charity’s appeal to build the Rob Burrow Centre for Motor Neurone Disease, as well as the MND Association.

The Rob Burrow Leeds Marathon will take place on Sunday 14th May 2023 and has been inspired by former Leeds Rhinos captain Kevin Sinfield OBE running challenges in recent years in support of his friend and team mate Burrow. The marathon is a partnership between Leeds City Council and Jane Tomlinson’s Run For All – the not-for-profit sporting events company that stages the popular Leeds Half Marathon and Yorkshire Marathon.

There will be 7,777 places in the marathon available, in honour of Rob’s iconic shirt number at Leeds Rhinos.
Since he was diagnosed with motor neurone disease in December 2019, Rob and his family have campaigned to raise awareness and funds to support everyone impacted by MND. His latest goal is to realise the dream of a new MND Care Centre in Leeds, that will bear his name and support people living with MND and their families.

It is hoped that the Rob Burrow Leeds Marathon will contribute to making this dream a reality, as well as raising vital funds for the MND Association and a host of other charities. Organisers are committed to making this event inclusive for all and are encouraging people of all abilities to get involved – whether they are an experienced runner or have never thought about doing an event like this before. 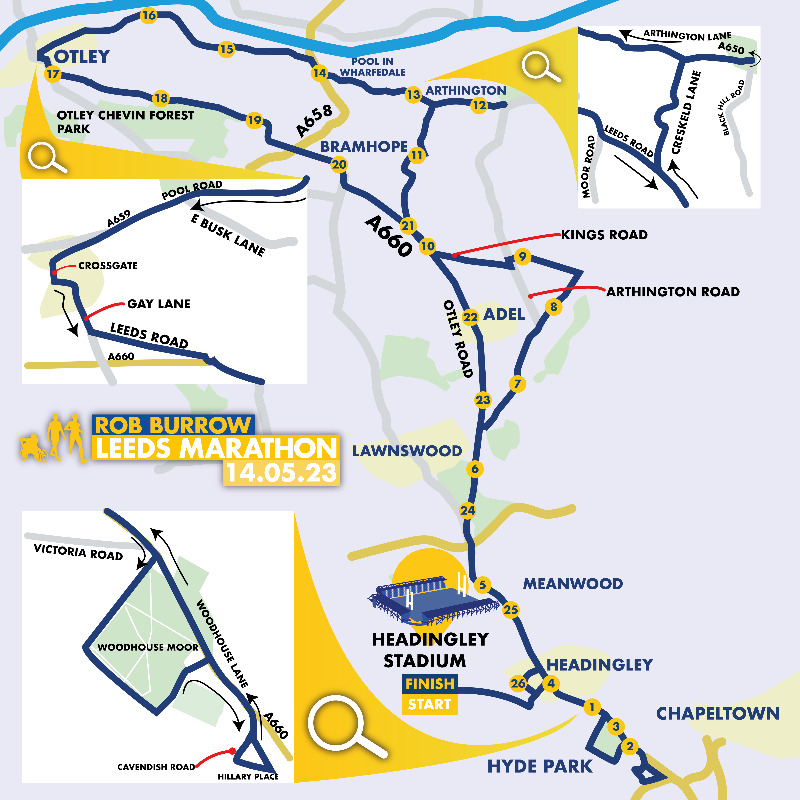 The event marks the first time the city has hosted a marathon since 2003, and will encompass a brand new route that starts and finishes at Headingley Stadium, where Rob Burrow achieved some of his greatest sporting achievements.

The circular marathon route will take in some of Leeds most scenic countryside and outer suburbs, journeying around Woodhouse Moor before travelling up through Headingley, Adel and Bramhope and heading out to Otley and back for the big finish.


The Rob Burrow Leeds Marathon will be held in support of the MND Association and the Leeds Hospitals Charity’s appeal to build the new Rob Burrow Centre for Motor Neurone Disease. However, participants are encouraged to take part and raise money for their own personal reasons, or to support one of the event’s partner charities.

Run For All is a not for profit company that is part of the lasting legacy of the late amateur athlete and fundraiser Jane Tomlinson CBE. Jane, from Leeds, made headlines around the world by taking part in a series of incredible endurance events - despite being diagnosed with an incurable cancer.

Run For All is incredibly proud to be working in partnership with Leeds City Council and Kevin Sinfield to make this event possible.

The Rob Burrow Leeds Marathon will take place on Sunday 14th May 2023, with the existing Leeds Half Marathon and a family fun run also set to take place on the same day.

For more information, go to: https://www.runforall.com/events/marathon/leeds-marathon/