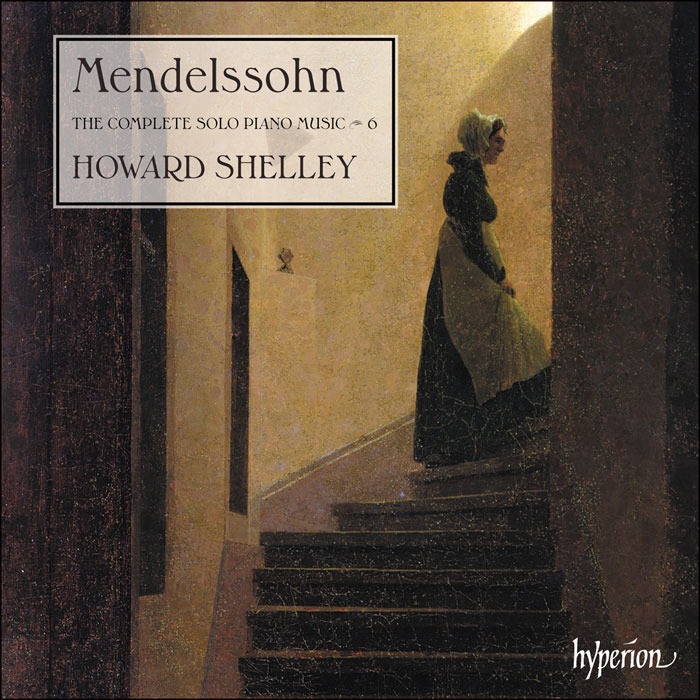 Whoever Howard Shelley chooses to champion, one thing is for certain – his interpretations always lift the music from the score and provide a fascinating insight into a composer’s world.

The indefatigable Shelley has created a superb collaboration with Hyperion which, as a record company, really does understand how to make its recording artists glow.

This volume, the last in the series, sees Shelley focusing on late works and posthumous publications. It continues to be a winning formula highlighting so much of Mendelssohn's lovely output.

Shelley plays with precision, interpreting all the nuances, shades, and refinement flawlessly. The Prelude and Fugue in E minor is a magnificent piece and Shelley captures the Prelude's pianistic style so well building into the fugue with its opening subject as a descending 7th in whole notes. All the tension and dissonance are there.

Mendelssohn is known for creating the Lied ohne Worte which Schumann described as a ‘song’ with its text suppressed and vocal line transferred to the keyboard, so that the verbal imagery of the poem was magically subsumed in the purely musical, abstract gestures and figurations which R Larry Todd, the Mendelssohn expert, writes about in the programme notes. The music of these miniatures is musical poetry. Shelley's knack at creating the right mood with lightness and charm add to the joie de vivre of this CD.

Another highlight is the Piano Sonata in B flat major Op 106, the inspiration for which is taken from Beethoven’s mighty Hammerklavier Sonata, with similarities to the Moonlight Sonata too. Shelly gets to grips immediately with the boisterous opening of the first movement creating space and grandeur and the following movements have poise and lyricism too.

There are so many enjoyable tracks enriched by Shelley’s full spirited playing all beautifully controlled with subtlety and charm permeating through this splendid disc.

This fascinating Mendelssohn cycle concludes with the Lieder ohne Worte VIII Op 102 Op No 6 and as the last notes reverberate for a couple of seconds it rounds off this volume superbly.

What next for Shelley and Hyperion? Whatever transpires it will be well worth investing listening time.
Also by Andrew Palmer...
Money Growth Must Return To Under 5% To Bring Inflation Down To 2% A Year, Warn EconomistsClassical Music: B-A-C-H Anatomy Of A MotifSaturday Interview: Creating Sunshine In Young Lives - Charlotte FarringtonClassical Music Album: Martin Suckling – The TuningClassical Music Album: The Florentine Renaissance Orlando Consort