Climate Emergency 'No Doubt' The Number One Issue

Ian McPherson, a leading Member of the Yorkshire Dales National Park Authority has written a personal account of the diminished state of nature in his local area, and has called for people to make changes in their daily lives to address the “climate emergency”.

I have lived in Sedbergh for twenty years. When I first came to live in the town (the largest settlement by the way in the National Park) I could hear through my open window the calling of curlew on the fells and also see them when I walked out with my binoculars. 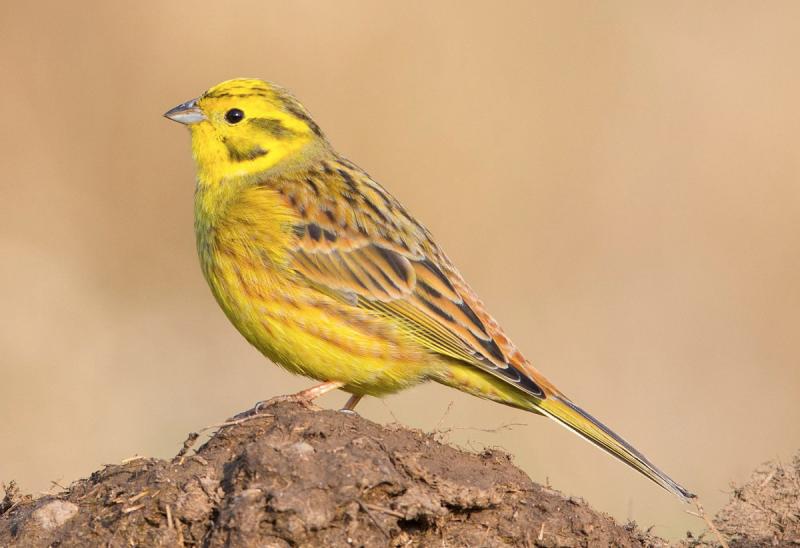 Male Yellowhammer. Photo by Andreas Trepte
Rabbits were thick on the ground – sometimes twenty or thirty of them in a small field close by my house. Quite frequently I would see brown hares springing from their forms and dashing madly away from me as I approached. Yellowhammers sang their characteristic “little-bit-of-bread-and-no-cheese song” from the gorse bushes in the Howgill Fells. Ring ousels were not an uncommon sight and some winters we were graced with the presence of one of the most beautiful of all birds – the waxwing.

Sadly, most of these species are either now completely gone or much diminished. I often think of the words of the 19th century Native American, Chief Seattle. “When the animals are gone there will be a great loneliness of spirit,” he said.


Ring Ouzel. Photo by Andrej Chudý
Even then in the United States there were signs of things to come: the passenger pigeon extinct, the buffalo on the way to being so, wolves increasingly scarce. And presently in Australia bush fires rage, while glaciers melt throughout the world.

So as we enter the second decade of the 21st century there should be no doubt in anyone’s mind that the single most important issue of our times is the growing climate change emergency.

At the Yorkshire Dales National Park Authority we recently re-iterated our recognition of the seriousness of the emergency (on 24 Sept 2019 – see the meeting papers here).

As an organisation we already have a net zero carbon footprint, but we know we can do much more to reduce our carbon dioxide emissions and be kinder to the environment. We will be setting out a new detailed plan of action in March.

We are also aware that the Park as a whole is a long way from being ‘net zero’. One of the many ways in which we as an Authority are seeking to address this is by advising and helping farmers and landowners to manage their land in ways that help to reduce their greenhouse gas emissions.

As the Authority’s Member Champion for the Natural Environment (which includes land management and biodiversity) I sit on the Dales Biodiversity Forum (DBF). The Forum recently decided to hold a one-day conference later this year — not only to provide more information to farmers and landowners on the subject but also to listen to their concerns and to hear about the ways in which they are already dealing with the issue – some through the existing Countryside Stewardship Scheme and others through the Payment by Results Scheme already up and running as a pilot in Wensleydale.

The conference itself will be jointly sponsored by the DBF alongside the Dales Woodland Forum and the Farming and Land Management Forum. It won’t be held until the 11th of November at the Dales Countryside Museum in Hawes, but we already have some exciting speakers provisionally lined up including Tim Farron MP and Tony Juniper the Chair of Natural England.

The day will consist both of presentations and smaller workshop and break-out groups to help participants to really get to grips with the practical issues which they face. We hope many people will be able to attend and more details will be published in due course.
Field barn near Underbank on the outskirts of Sedbergh, by Ian McPherson

Other good news is that the National Park Authority has an extremely enthusiastic and knowledgeable team of officers, all strongly committed to supporting farmers, landowners, local businesses and residents to take action to enhance our local environment and sustain a thriving local economy.

Contained within the vision of the Yorkshire Dales National Park Management Plan (2019-2024) is a statement that by 2040 the Park will be home to the finest variety of wildlife in England. Dozens of organisations working in the National Park have signed up to the plan. And in policy C(1) there is a commitment to creating at least one landscape-scale “nature recovery area” by 2021.

These areas or networks are very much to the fore in all current environmental thinking and will ensure that areas of particular natural interest will be linked together by wildlife corridors, allowing greater freedom of movement by different species within these areas. This is also something that will be on the agenda for the conference mentioned above.

The Authority recently completed a rolling 10-year survey of the condition of ‘Priority Habitats’, giving a detailed picture of animal, plant and insect species across the National Park. We will shortly be publishing the results of the survey for that part of the Park within the Westmorland Dales.

As an example of the importance of these wider networks, the Authority is working as part of the ‘Northern Upland Chain’ Local Nature Partnership on a range of projects – including one on curlew conservation – across an area stretching from Skipton to the Scottish border in Northumberland.

What to do, and what not to do

The question for all of us is what can each one of us do in our own daily lives to address the present climate emergency. The obvious ones bear repeating yet again:

1. Fly less or not at all and, in the case of the former, seek to off-set the carbon emissions.

2. Drive less (or better still share a car) and use public transport more (especially in the National Park itself where volunteer led organisations such as the Little White Bus and the Western Dales bus run regular services)

4. Plant trees – with the caveat that these need to be the right trees in the right places (and as an example, Settlebeck School in Sedbergh is already involved in an ambitious tree planting project in the Sedbergh area in partnership with the Sedbergh Environmental Network, the Yorkshire Dales Millennium Trust, the Woodland Trust, local landowners and the National Park Authority).

5. Join a campaigning organisation – there are plenty of them – ranging from Extinction Rebellion to Friends of the Earth.

6. Lobby your MP on environmental issues.