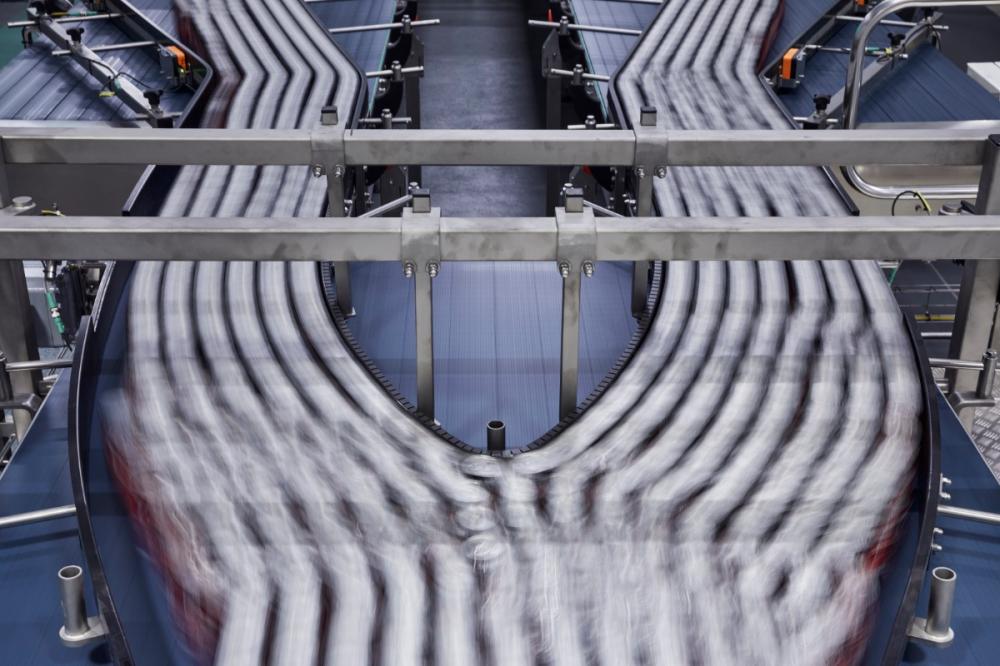 Clanning Plant
Europe’s largest soft drinks plant has unveiled an expanded renewable energy initiative which will save almost 1,800 tonnes of CO2 per year. Coca-Cola European Partners (CCEP) will support the expansion of a local solar farm from 5 to 8.1 megawatts, meaning it will now deliver almost 20% of the site’s total electricity.

Solar farm expansion to save almost 1,800 tonnes of CO2 per year and will deliver 20% of the site’s electricity to reduce carbon emissions
Follows a further £27m investment in on-site maintenance, including a state-of-the art canning line designed to produce the lightest beverage cans possible 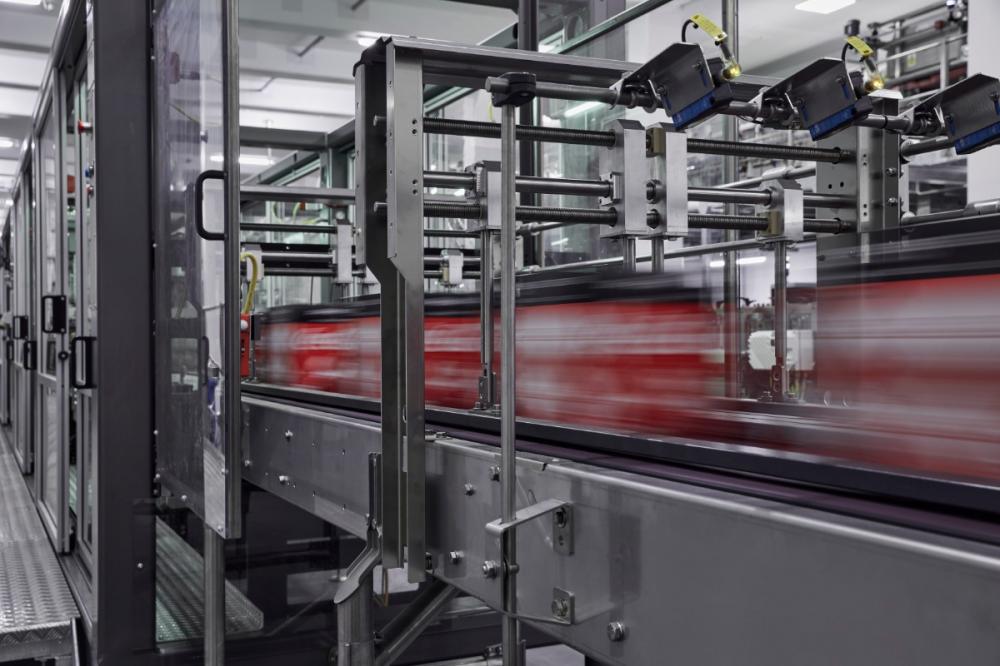 Canning Plant
Since 2017, CCEP has been using 100% renewable electricity at its sites. As signatories to the RE100 and EV100 programmes*, CCEP is further investing in solar generation to support the broader, long-term transition of its manufacturing processes and transport to clean renewable electricity. It is one of the first major projects launched since the announcement of CCEP’s €250m investment programme to support its Science Based Targets to be net zero by 2040, launched last year. 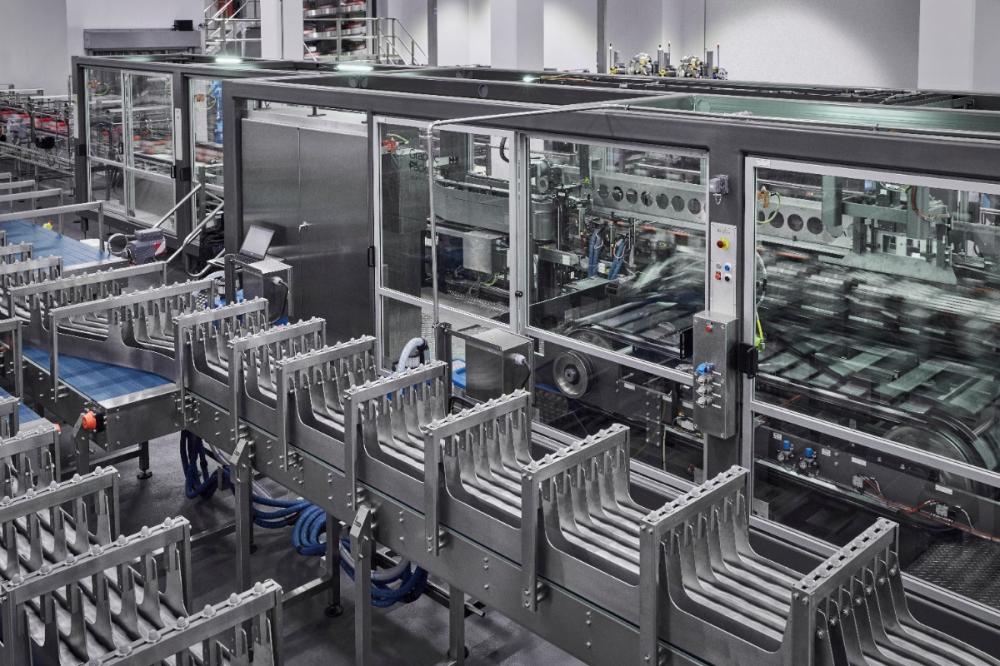 Canning Plant
The expanded solar farm will also help with the long-term restoration of low quality agricultural land on the site of a former open cast mine, which cannot otherwise be developed as it forms an important part of local flood defences. It will include wildlife corridors to safeguard and encourage site biodiversity.

The solar farm expansion has been developed in collaboration with local landowner, Stephen Butterfield, and is managed by solar PV specialists Innova Energy.

The solar farm utilises the next generation of two-sided solar panels, maximising the capture and conversion of solar irradiation as it is reflected off the ground.

In addition to the extension of the solar farm, CCEP also invested £27m into the site in 2020, to support a new state-of-the art canning line, elevating the site’s production capabilities and supporting the production of sustainable packaging for CCEP’s well-known brands, including Coca-Cola Classic, Coca-Cola Zero Sugar, Diet Coke, Fanta and Schweppes. 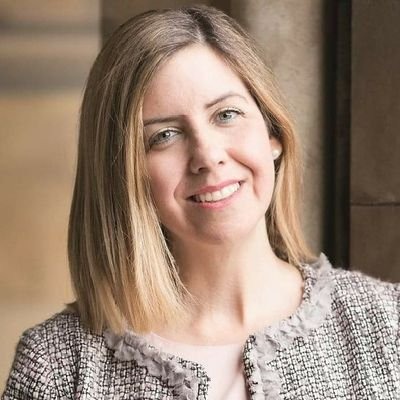 Andrea Jenkyns
Andrea Jenkyns, MP for Morley and Outwood, said: “Now, more than ever, it’s important for businesses to lead the way when it comes to implementing positive change at a corporate and local level. In today’s climate, firms have a huge responsibility in enabling a green recovery, so I’m pleased to see Coca-Cola continuing to work in collaboration with local stakeholders here in Wakefield to reduce carbon emissions locally. I hope this inspires businesses in Wakefield and indeed further afield and I am excited to see how the project develops in the years to come.”
The latest line produces 2,000 330ml cans per minute and underpins CCEP’s long-term commitment to its Wakefield site. This forms part of CCEP’s efforts to ensure the best possible standards of water and waste management at its sites and is crucial in accelerating its journey to developing the lightest possible beverage cans.

Vanessa Smith, Director, Supply Chain Operations, said: “These investments are the latest milestone in our sustainability journey at our site in Wakefield and will significantly contribute towards achieving our target of reaching net zero by 2040. We know it’s important to implement initiatives like this at every level of the supply chain and increasing the local generation of renewable electricity will take us further towards our longer term decarbonisation goals.

Stephen Butterfield, local business owner who owns the land, commented: “Working with Coca-Cola when we first launched the solar farm back in 2017 was an important milestone for the local area – and to take this one step further will hugely benefit the region’s renewable energy efforts, and of course benefit the local wildlife and surrounding environment.”

“While the Covid-19 pandemic has prompted all businesses to assess the way we do things, our ambition to function as sustainably as we possibly can is more heightened than ever. We’re pleased to be helping in enabling a green recovery locally, and to have been able to work so closely with Mr. Butterfield to identify how we can meet a local need.”


Denis Sorkin, Investment Director, Innova, said: “We are very proud of this partnership with Coca-Cola European Partners and the local landowner to build and operate a large-scale solar plant, which supplies a significant proportion of energy requirements for the CCEP Wakefield bottling facility. This is a fantastic example of CCEP supporting both the UK climate change strategy and technological innovation, whilst engaging with the local community and stakeholders.”

* RE100 is the global corporate renewable energy initiative bringing together hundreds of large and ambitious businesses committed to achieving 100% renewable electricity.