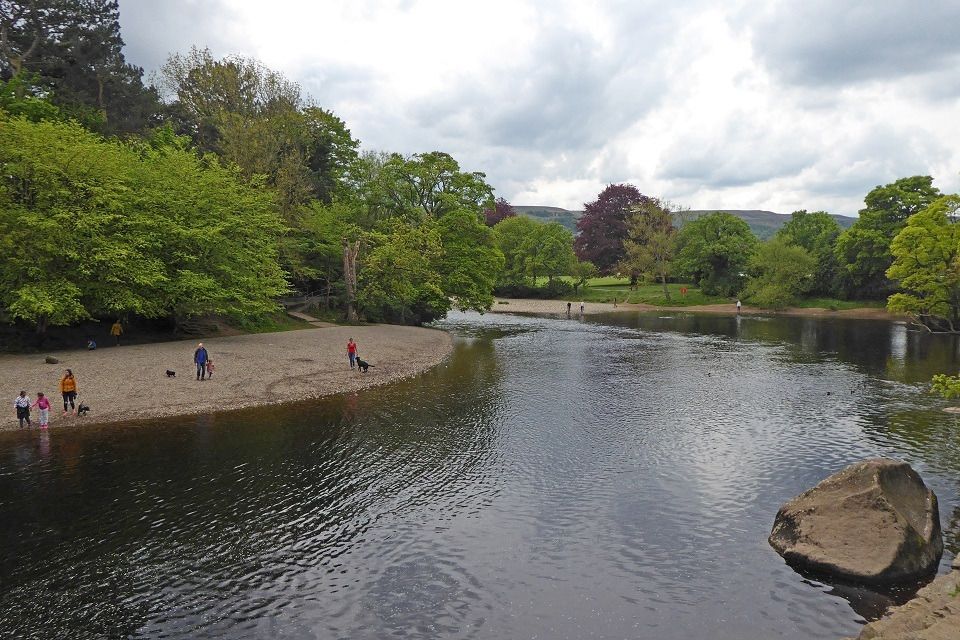 River Wharfe
The Government has today (7 August) launched a public consultation on an application for an area of the River Wharfe to receive bathing water status.

If successful, it would mean a part of the river flowing through Ilkley would be monitored regularly during the bathing season (15 May to 30 September) for bacteria detrimental to human health. Bathing waters are classified annually as Excellent, Good, Sufficient or Poor, based on an assessment of the level of bacteria in the water.

The area of the River Wharfe under consideration runs between Ilkley Main Bridge and Beanlands Island.

Local residents in Ilkley, including farmers and swimming groups, are invited to give their views. After eight weeks the responses will be reviewed and a final decision will be made by the Environment Secretary.

"We protect people’s health at popular swimming spots across the country by requiring the water quality at those sites to be regularly monitored. At present, 93% of bathing waters in England have ‘good’ or ‘excellent’ water quality.

"I encourage local residents to take part in this consultation so we can have as many views as possible to inform our final decision."

Any surface water can be designated as a bathing water if it is used by a large number of people and meets the requirements for designation. There are currently 12 inland bathing waters in England, all on lakes.

If successful, this section of the River Wharfe would become the first river bathing area to be designated as a bathing water.