Context Or No Context...That Is The Question! 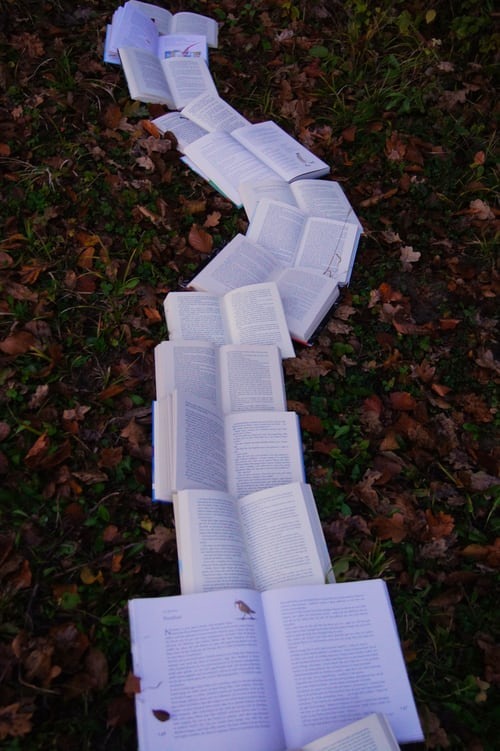 My wife and I argue. A lot. Perceiving me to be both verbose and prone to ultracrepidarianism, I’m often the object of her vitriol and always punishingly candid, but nuance-laced invective. That last sentence would have me hoisted on my own petard for starters! My opinions often meet with her stolid, relentless intelligence and are eviscerated with casual ease, condemned to a fate worse than death - dismissal. Far from causing us matrimonial disquietude, our verbal jousts are a key component upon which our happiness rests. Stimulating debate over the day’s first coffee or whilst enjoying supper together, we happily disagree. We like to exchange ideas and test the validity of each other’s thinking. Though I’m often left feeling like a piece of mechanically recovered meat, it’s healthy to have one’s thoughts scrutinised and liberated from the protection of sophism and ego.

If nothing else, spirited debate keeps ideas from calcifying into unexamined assumptions. Being right is irrelevant. Having ground under your feet is all that matters and let’s face it, it’s tricky to stand on hot air! A recent breakfast table burbling of mine orbited the act of reading and ran to context and its value to the reader. I suggested that some forms of literature perhaps require a pre-amble in order to be fully appreciated. Dominic Cummings was given an easier time than me. I left the field of battle bruised, but convinced that I was still standing on terra firma, albeit with the caveat that others might consider it quicksand.

When you see a play, the usual pre-performance drill involves reviewing the program. Indeed, you may have chosen a particular play because you’ve read an interesting review. Assembling a cognisance of what a play is addressing and the theatrical processes it utilises in order to explore these themes, can enrich our understanding and enjoyment of it. A heightened awareness of contextual detail can allow us a more intellectually sensitive and therefore emotionally dynamic response. Perhaps the same is true of attending a classical concert or the opera. A little knowledge concerning the composer’s epoch, musical influences, motifs and artistic objectives, perhaps enriches our experience and deepens our connection with the artist and their art.

A broader contextual understanding might allow us to infer subtle artistic whispers, whilst also revealing seminal themes as the originator perceived and responded to them. Just as we consult the program notes to refresh our recall of an opera’s story, encountering any art form with some contextual awareness might be considered helpful.

Wandering through a Modigliani exhibition a couple of years ago, I was conscious that each painting spoke for itself. Each mesmerised and enthralled, its inherent artistic power wordlessly transforming oil on canvas into something ineffably coruscant and emotionally provocative. Confronted with elongated images, each characteristically drawing my attention to almond-shaped eyes set within biomorphically distorted visages, my senses responded. No external input was required. However, consulting my exhibition brochure cascaded further meaning upon the exchange. Knowing who the subject of the portrait was and their relationship to the artist, changed the dynamic of my response and the picture’s impact upon me. 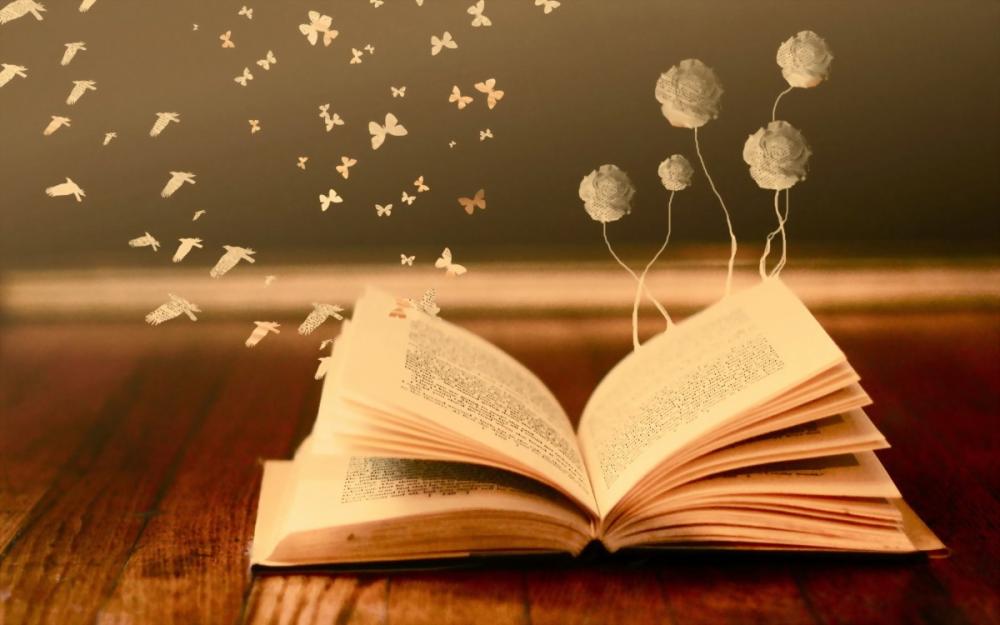 Knowing what influenced the artist, why he chose this form, those colours and that brush technique, amplified my initial responses, without diminishing their authenticity. I was not being told how to respond, for that would be reductive. However, gaining contextual understanding opened me up to the fullest possible engagement with each image. As some strolled by with Laodicean indifference as to Modigliani’s right or otherwise to be considered a master, I attempted not to judge this for myself, but to understand why some believe his work to be genius. I needed contextual help.

Elements deemed to be the sine qua non of his power were explained to me and I searched for them in each and every image on display. This external input expanded the prism through which I met these images, consolidating initial responses, but more importantly, sensitising me to creative aspects I may have otherwise failed to notice. If nothing else, contextual awareness gave me the confidence to meet Modigliani on his terms, as well as my own. Our conversation was not that of two strangers, superficial and limited by ignorance. Modigliani spoke through his paintings without need for contextual explication. However, understanding him as an artist perhaps enabled me to hear him more clearly, gleaning more from our dialogue than would have been possible without such knowledge. I can’t assert this an unequivocal truth, but I can present it for consideration.

Any form of art has an inherent, unassisted power to affect us. We will respond regardless of what we do, or do not know of its creator or the context within which it was created. I am not denying this indisputable axiom. Likewise, I am not suggesting that gaining contextual appreciation is even necessary or always desirable. Some joys are best experienced spontaneously and without the encumbrance of intellectual baggage. Hearing the mellifluous song of a bird and feeling immediately uplifted, does not require an ornithologist’s encyclopaedic grasp of bird life. Appreciating the sublime beauty of Mahler or Mozart does not necessitate an understanding of classical music, or knowledge of these two luminaries of Western culture. The music speaks for itself. Indeed, an art form could be said to have failed if it requires explanation in order to be appreciated.

Having thoroughly undermined my own argument and exposed it to unpretentious common sense, you might think I’d be slinking off to a dark corner to ungraciously accept defeat. However, defeat or victory are both irrelevant here. Validity is required, not cast iron veracity. I’m not positing an either/or contention. I’m gently floating the proposition that sometimes, contextual awareness deepens understanding and intensifies pleasure, by engendering an enhanced response.

Literature is an art form. Subject to all of the above. No less immune to idiosyncratic preference or a reader’s decision to engage it, with or without contextual awareness. There are no prescriptives or formulaic conventions. How an individual engages with a book cannot and never should be determined by another, however pervicacious their argument! Fully acknowledging this truth, I choose to apply contextual awareness to my reading, simply because doing so helps me as an individual to fully respond to that which I read. This is a purely personal preference, not a dictum. 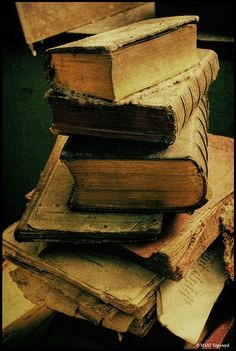 By way of example, let me take Russian literature. I’m interested in the period 1820-1917. Russian novels of this period often address issues specific to Russia during this epoch. Authors tend to be responding to the paradigms of their period, its zeitgeist, the socio-political factors confronting them and the historical legacies flowing through their consciousness. They are often reflecting and responding to conditions specific to their milieu. Even when addressing motifs which transcend nationality and address humanity per se, these authors do so with a uniquely Russian perspective rooted in the history and culture of their own time. The alien complexity of this literature is perhaps a quintessential aspect of its allure, though of course by no means the source of its true power.

Aspects of authorial skill do rise from the page, without any assistance whatsoever from contextual understanding and meet my senses with exquisite finesse. However, my ignorance of Russian society during this period and the issues faced by its people and authors, does inevitably limit my response. I remain deaf to much of the conversation, despite ongoing efforts to acquire an informed understanding. Without gaining at least some semblance of contextual insight, themes, references, allusions and even artistic intentions, might go entirely unnoticed by me, or worse, be misunderstood.


Also by Paul Spalding-Mulcock...
‘Why Endure My Own Dehumanization?’: Assembly By Natasha Brown'Hurt People, Hurt People...': An Ordinary Wonder By Buki PapillonAmericana Meets Aesopica : Fox 8 By George SaundersGothic MusingsInterview With Victoria Princewill
In short, I’d be a foreigner in a foreign land, listening to a story told by people I do not understand and concerning subjects I know even less about. Ethnocentricity and cultural ignorance would undoubtedly hamper my particular response as a reader. I’d have at best, an inchoate comprehension of why these authors wrote what they did. The summits of their creative mountains would be, for me at least, forever obscured by clouds and only partially visible, despite their authorial genius. I’d glimpse rather than see, purblind and unresponsive to all but the obvious.

For these reasons, I consider gaining contextual awareness far from imperative, but on occasion, an illuminating and potentially revelatory force. A light capable of revealing that which might otherwise remain unseen within the shadows of the literary worlds I wish to encounter. That’s why I don’t just grab a Tolstoy, Turgenev or Dostoevsky and dive in. I do a little research first, not to be told how to respond or what to think, but to enable my most authentic, personal and rewarding response. Not a strategy for all, but one which recognises my own limitations and works for me as a reader.

Shaky, perhaps vexatious and undoubtedly opinionated ground, but ones man’s solid rock is another’s quicksand. Even my wife might agree with that, although I’m not willing to bank on it!