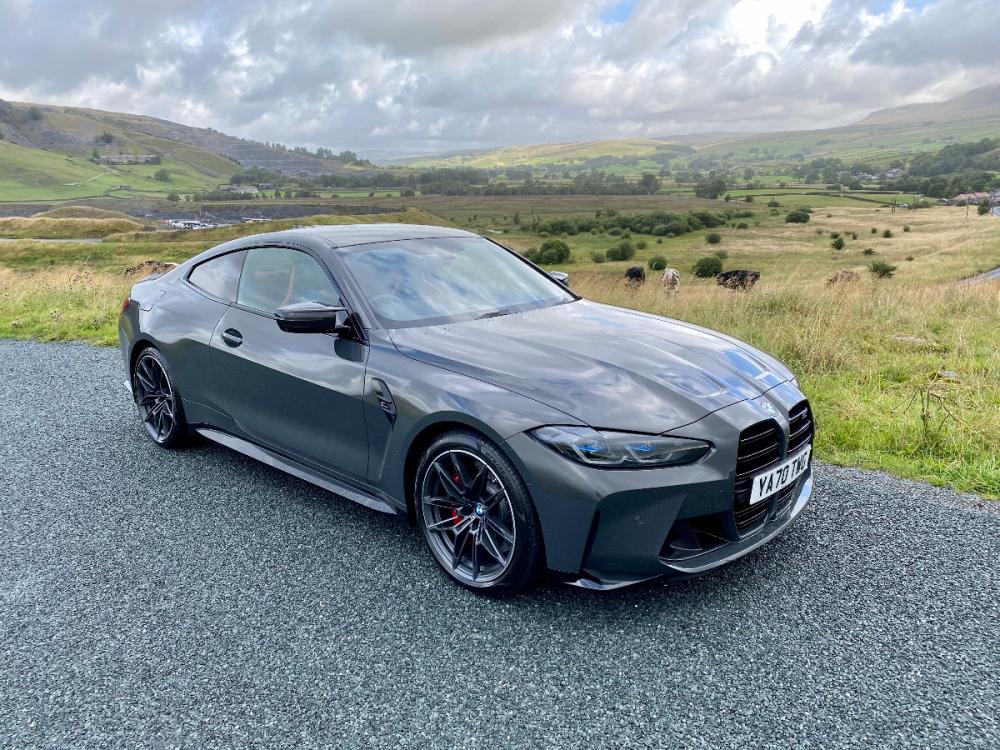 Hot on the heels of the rather swish 4-Series Convertible I tested recently, came the rather striking coupe variant, in top M4 Competition guise.

M Series cars from BMW are always rather special and this new model has been much anticipated. It is not a cheap car, with a starting price of just over £76,400 before raiding the options list. And that you will want to do, but I would suggest that not all the £10,000 worth of extras fitted to the test car are worth having, but more of that later. 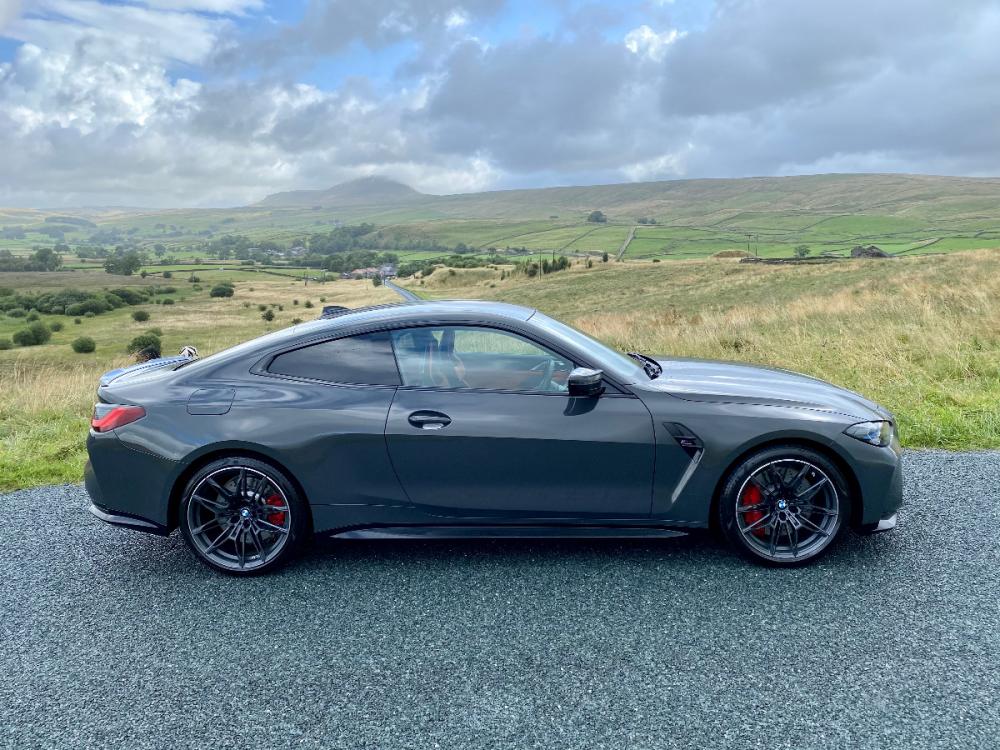 The M4 must now therefore do battle with such exalted company as the Porsche 911, though of course it is a good deal more practical with proper seating for four. What a lovely decision to have to make.

In the UK we only get the flagship Competition model, no hardship I guess and rather indicative of UK buyers’ obsession with speed and performance.

And what stonking performance the M4 has. Power is fed to the rear wheels from a new twin-turbo six-cylinder engine which churns out 510bhp. 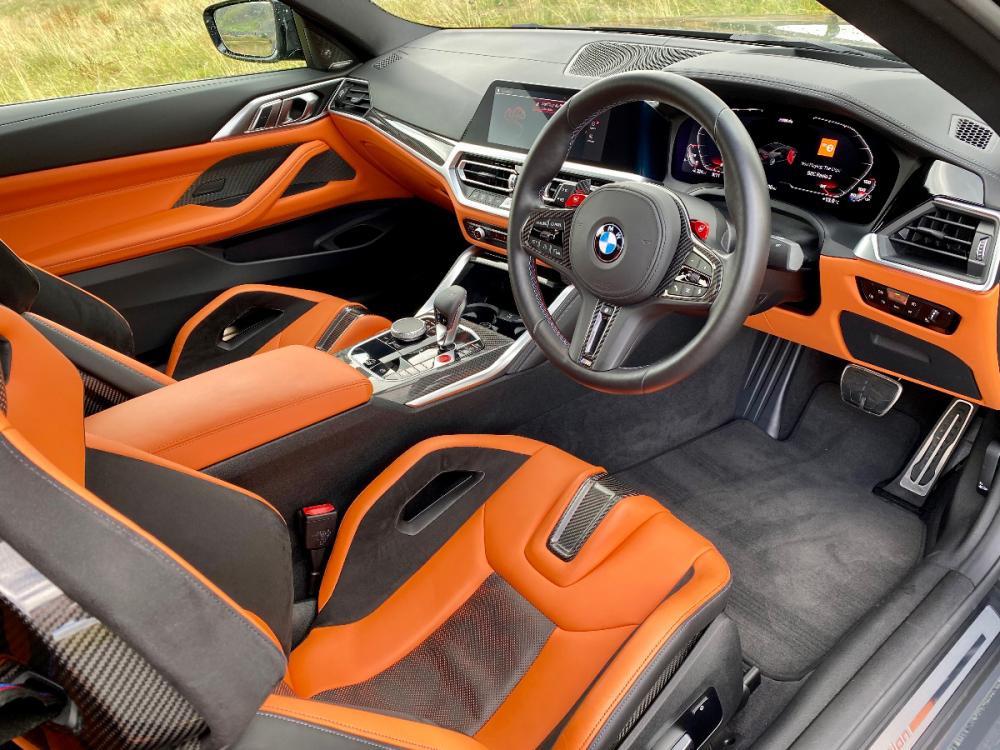 On first acquaintance the BMW feels quite civilised, as easy to drive as any other 4-Series, but once those turbochargers have got into their stride, hold on tight for a very wild ride.

In truth, you cannot really exploit the full potential of a car such as this on the public highway, but I guess buyers are drawn to the bragging rights and most likely will book themselves in for a track day or two.

Under four seconds to sprint from rest to 62mph feels entirely credible, the eight-speed automatic gearbox changing with speed and precision. In the wet, use the acceleration to the full and you will give the traction control a good work out. 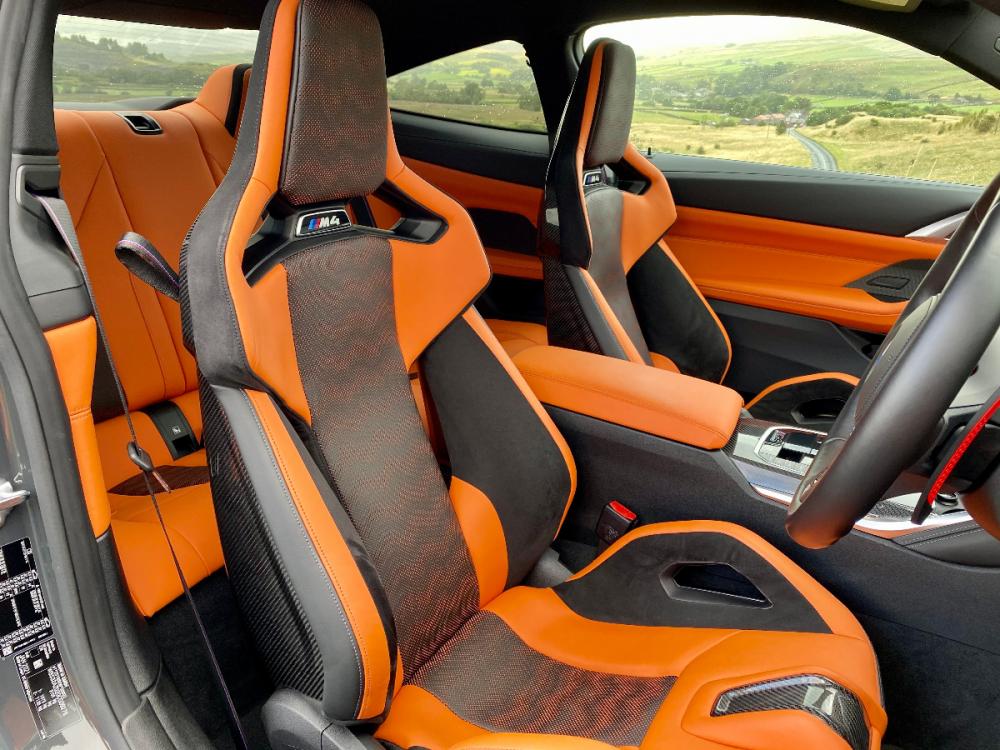 For an addition £2,000 or thereabouts, you can buy an xDrive all-wheel drive version. I would!

Those looking for audible excitement as an accompaniment to their exploits might be a tad disappointed. It is all rather quiet, even with the sports exhaust mode activated.

The M4’s ride is well resolved. Yes, there is some firmness at low speed, but never enough to be uncomfortable. The payback is excellent control when you up the pace and the road turns twisty. 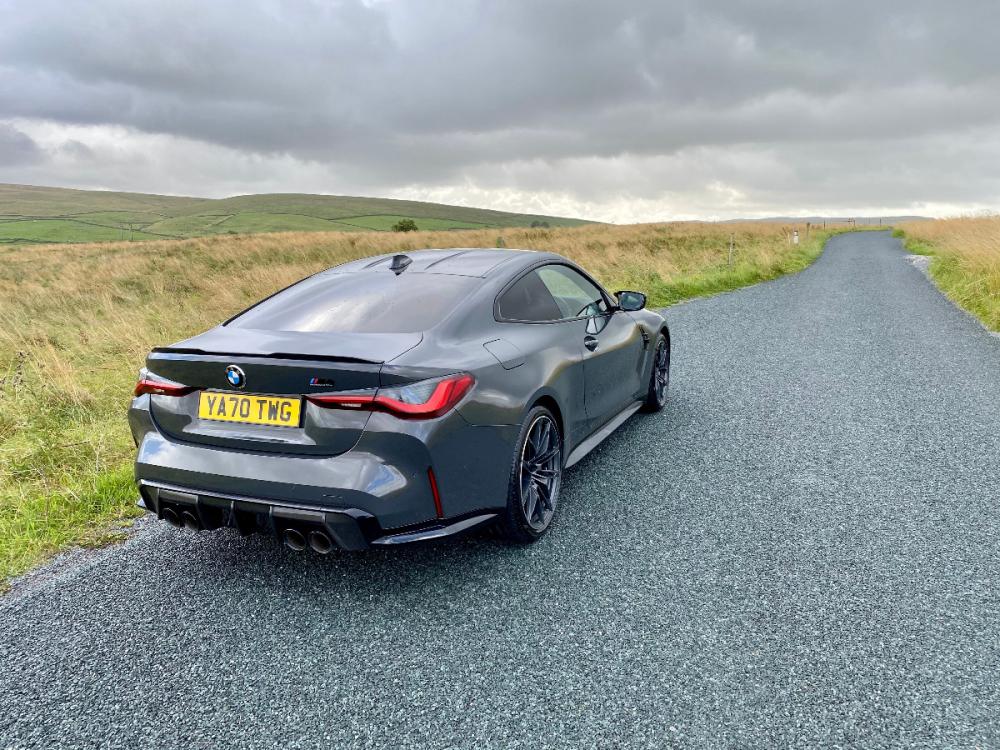 BMW allows the M driver to tailor the driving experience to suit. The level of adjustability of key features is rather mind boggling. Engine performance and the speed of the gearbox can both be altered, but you can also adjust the brake feel, steering and traction control.

I must confess that even after a week behind the wheel I was still fiddling with the settings. Too much choice maybe.

The test car was coated in a rather subtle shade of grey, which made the interior all the more of a surprise. Kylami Orange said the spec sheet, a somewhat lurid colour. 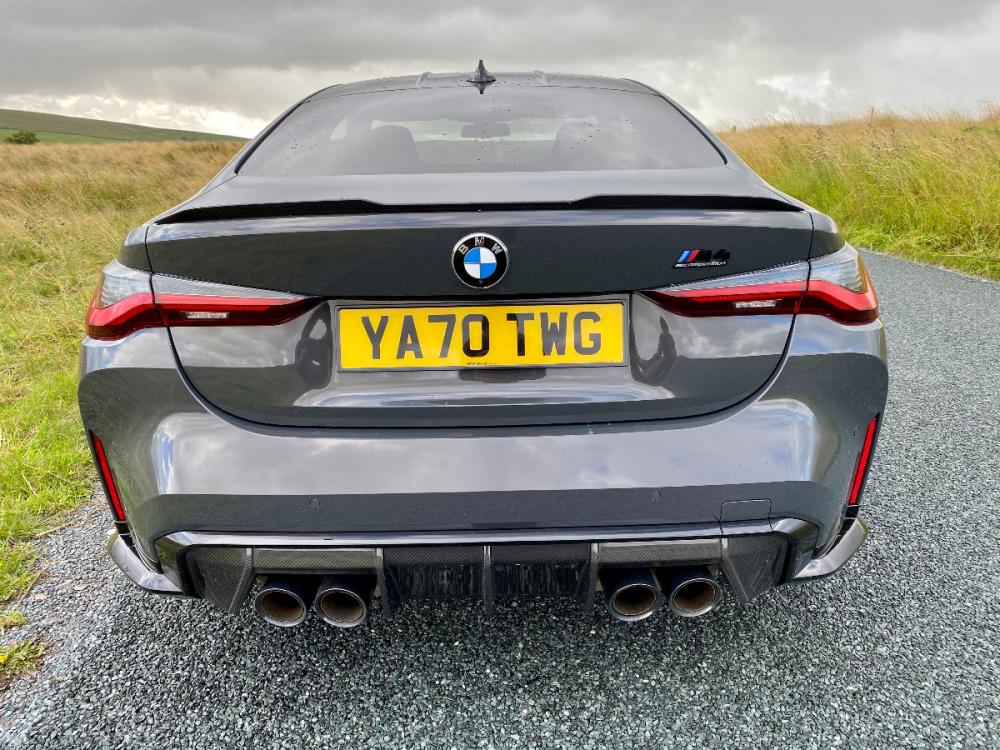 As part of the £6750 M Carbon Pack, bucket seats were fitted and that would be a box I would leave unticked. Not because they are uncomfortable, but more because they are somewhat challenging to get in and out of, especially with advancing years. Spend the money instead on other goodies would be my suggestion.

There is room in the back for two adults, though headroom is somewhat lacking if you are a six-footer. Boot space is generous for the type of car, 440 litres of space in fact.

I cannot imagine the M4 buying being especially interested in running costs, but here goes. BMW claim 28mpg for the combined cycle but use the performance as I did, and you will be lucky to break 20mpg. Emissions of 231g/km CO2 won’t endear you to the green lobby either. 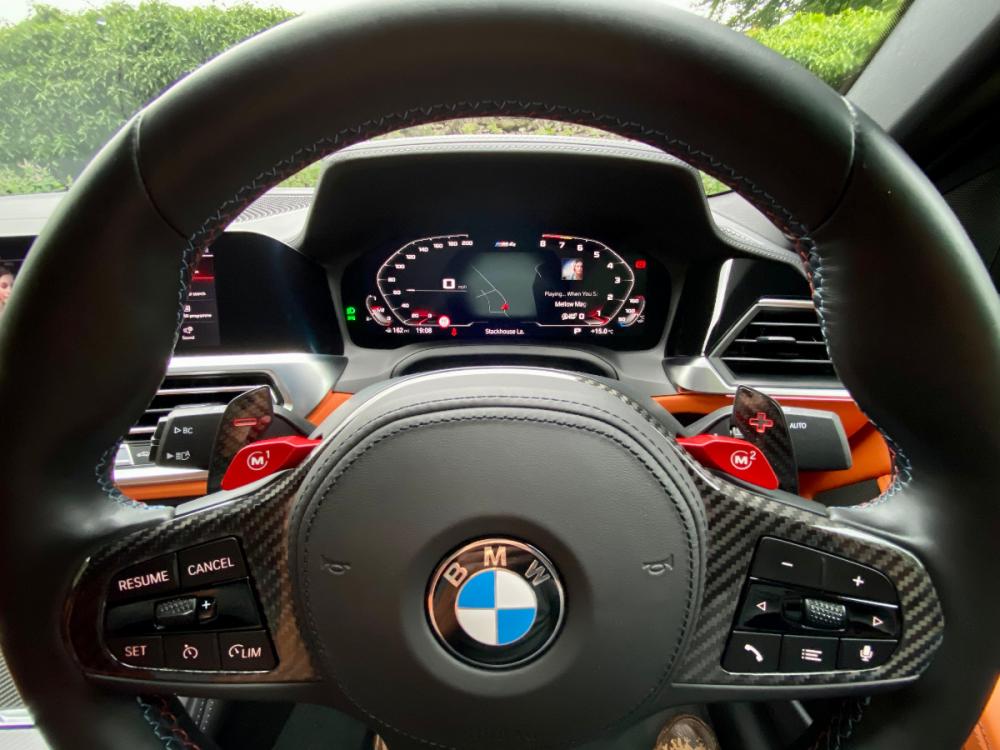 Perhaps I am getting old, but in truth I much preferred the 420 Convertible, a car with more than enough performance for our traffic-choked and speed camera policed roads.

For those who must have the best, the M4 will delight and enthral and when not in the mood, it can cruise with some refinement. The choice is yours. 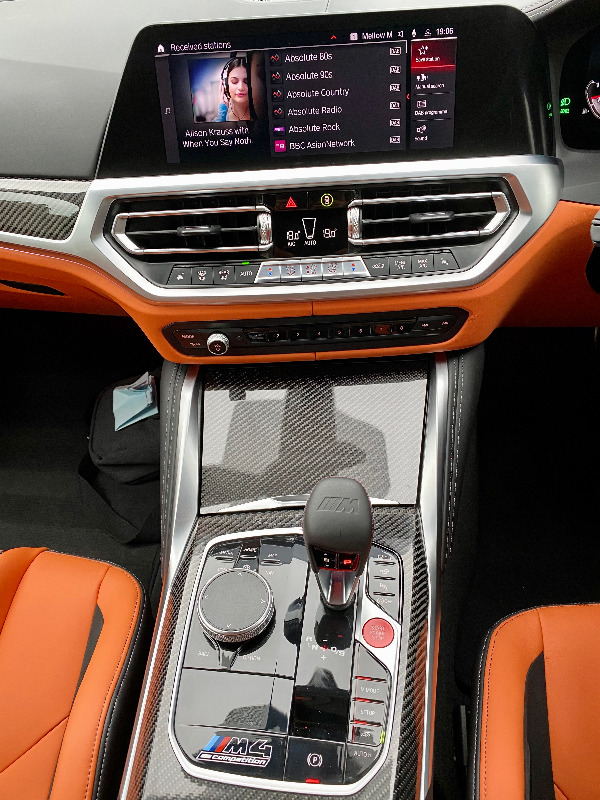