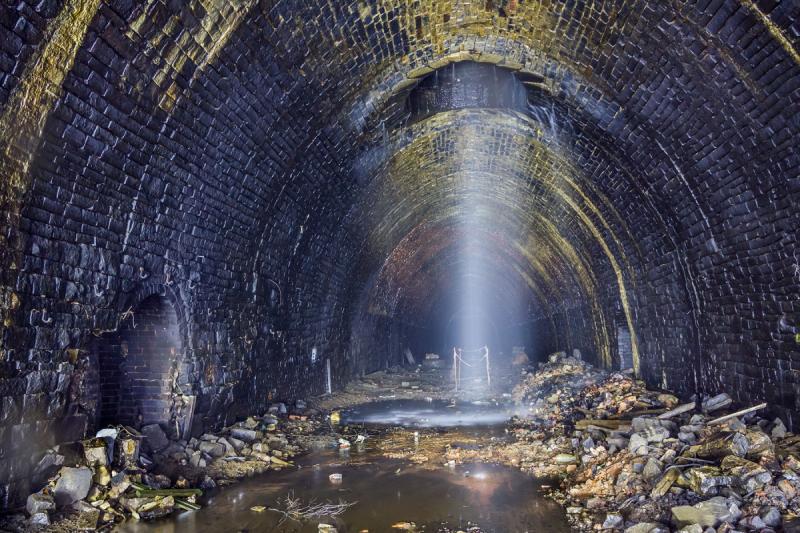 No2 shaft - photo by Forgotten Relics
Leader of Bradford Council, Susan Hinchcliffe has requested that the Secretary of State, Grant Shapps to urgently intervene in what the Council believes are unauthorised actions by Highways England at Queensbury Tunnel.

The Council believes the Department for Transport may have breached planning rules and has sent one of their engineers to the historic tunnel to make an emergency assessment of its condition.

In the letter, Councillor Hinchcliffe asks for an immediate halt to attempts to fill and seal a shaft at the Victorian tunnel and for an independent third party evaluation to assess its condition and use of emergency powers.

The Leader has requested that Highways England withdraw a planning application to seal other shafts at the tunnel, and that representatives of the Department of Transport visit Bradford and the site to discuss funding options.

Last week, Highways England’s contractor moved onto the historic site and began filling in one of its air shafts.

A second letter was sent demanding an immediate halt to works.

The infilling of the air shaft is believed to make reopening of the tunnel considerably more challenging and expensive.

The current planning application from Highways England to fill and seal the tunnel has received over 4,000 objections and is one of the most commented on applications Bradford Council has ever processed.

Leader of Bradford Council, Councillor Susan Hinchcliffe, said: “Campaigners for the tunnel have been brilliant and we are all backing them.

“The actions of Highways England, which have happened without warning, have put the whole project in jeopardy.

“We need them to halt all the works and withdraw the planning application to seal the tunnel.”