Formula 1 may be springing back into action at Belgium’s iconic Spa-Francorchamps circuit next weekend after the four week summer break, but today I couldn’t resist fitting in a return to the Croft circuit in North Yorkshire, one of the UK venues where I first cut my reporting teeth. The purpose, apart from bring back memories and catching up with a few familiar faces, was to check out some of the opening action at its two-day Battle of Britain race meeting. 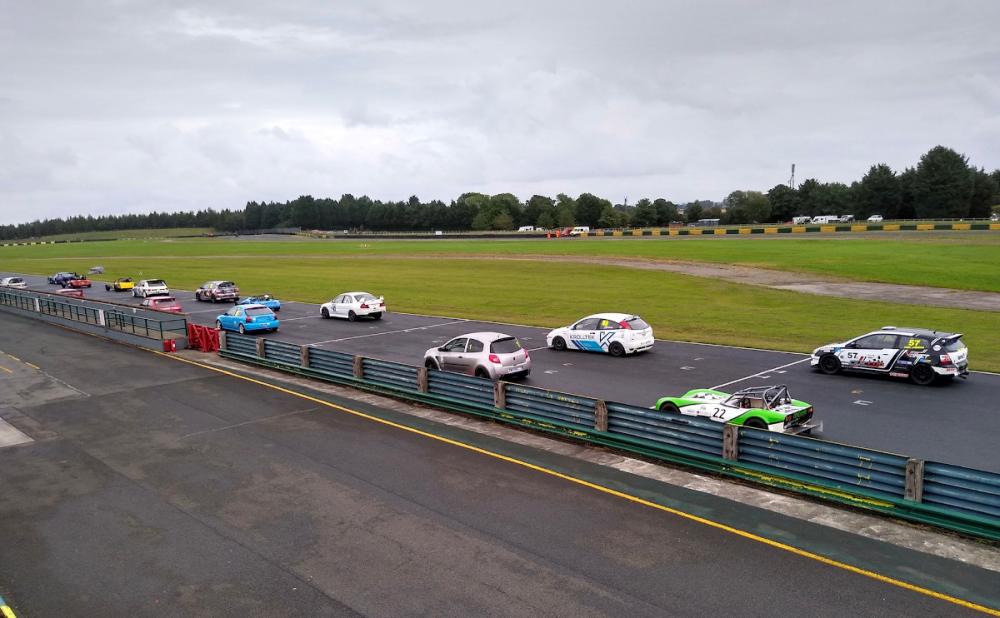 The Northern Saloon & Sports Car championship about to go racing this afternoon
Organised by the longstanding and superbly run Darlington & District Motor Club (usually known simply as the DDMC), this particular event has a unique aspect in that it features racing on four, three and two wheels, with ontrack competition for cars, sidecars and solo bikes. It was originally first held back in 1964 when the circuit located a few miles south of Darlington opened as Croft Autodrome, referring to the venue’s aerodrome history as the most northerly UK bomber base during World War 2, and for many years the late August event regularly attracted attendances of upto 30,000 fans. The current circuit configuration is 2.1 miles in length and provides competitors with a challenging combination of fast straights and a mix of high and low speed corners. 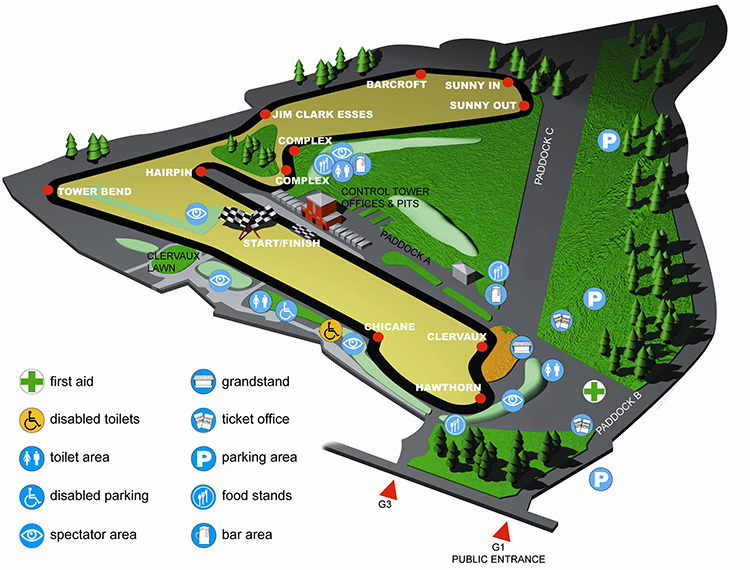 The challenging 2.1 mile circuit offers numerous trackside spectating opportunities
A multi-championship club level race meeting here in the UK has many similarities to a Formula 1 Grand Prix weekend with its own usual support race programme. There are of course the drivers and their differing racing machines as well as team members, various types of officials (including stewards), timekeepers, commentators and last but most importantly the marshals who give freely of their time in all weathers and without whom racing simply wouldn’t happen. The ontrack action follows a similar format to F1 too, with there sometimes being practice periods for each category competing and certainly qualifying sessions for everyone to determine the grids for their respective races which follow. 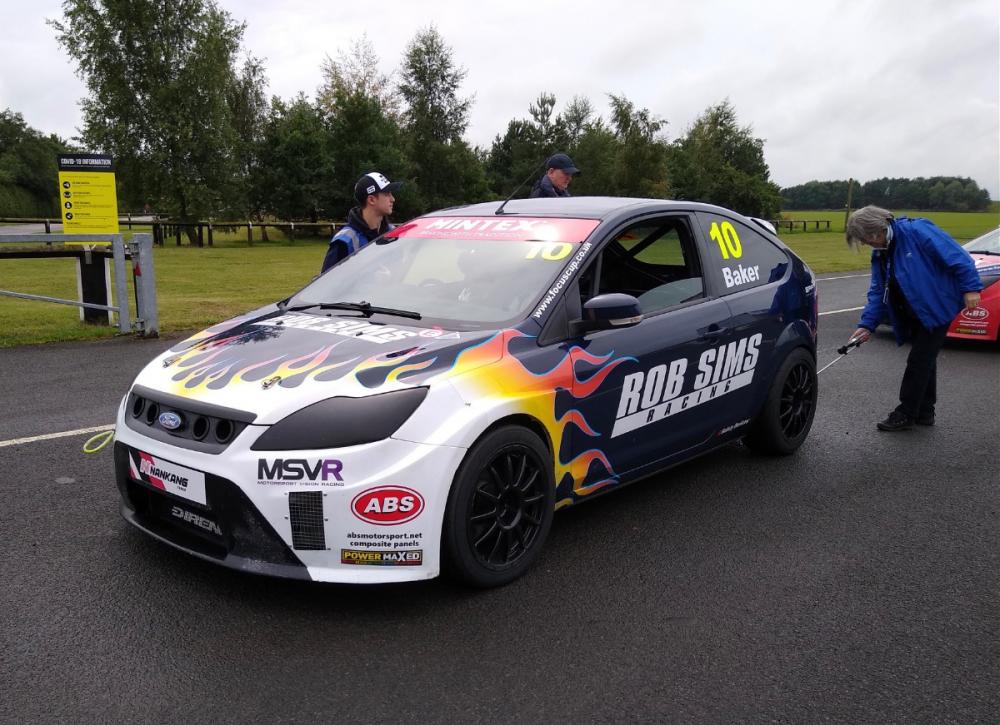 An eye-catching Focus Cup car having its exhaust noise level checked
An absolute abundance of motorsport is available for viewing on television and online these days, whether your preference is for two, three or four wheels, but there’s always something special about actually being there and watching the action unfold before your very eyes, getting a better appreciation of the speed and smelling the hot engines. You’ll also find that you can usually get up close and personal with the drivers and their cars, bikes and sidecars in the various paddocks before and after the races, unlike the very restricted access to the same at an F1 weekend. 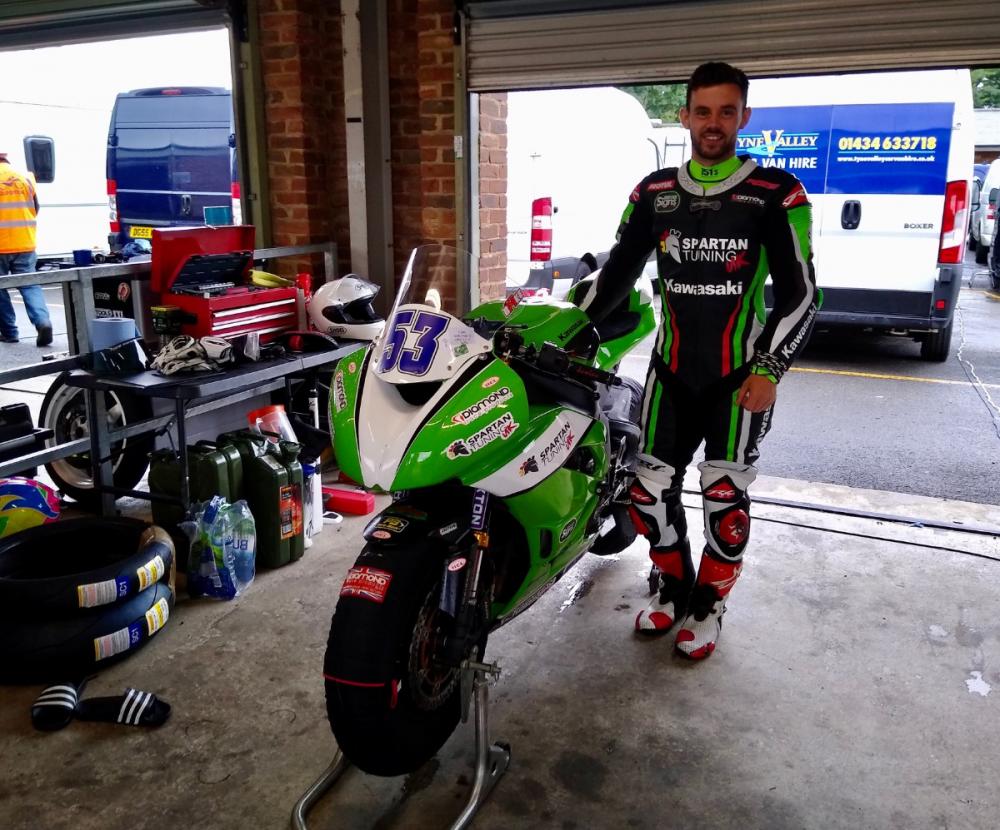 Blake O’Hare finished an impressive fifth in his opening Solo Bike race
Today’s racing was truly varied and on the four wheel front included the likes of the Focus Cup, the British Clubmans Championship and the DDMC’s very own and highly popular Northern Saloon & Sports Car Championship. The timetable also included opportunities for all those brave souls who love to risk life and limb hurtling round the circuit showing their skills on two and three wheels.

It’s always a welcome sight to see female competitors in the often male dominated world of motorsport and even more so when involving the role of being a sidecar passenger, which is altogether challenging enough for anyone. Amanda Mason was the passenger for Stephen Alexander on their Broadstock Yamaha FJ 100 this afternoon, but sadly their opening race of the weekend ended one lap early when they spun in the wet conditions and the bike flipped over after hitting the trackside grass. Fortunately both emerged uninjured after the ever efficient marshals had lifted the stricken machine off the trapped driver and soon repairs were underway so as not to miss their next race. Such is the impressive mindset of such committed competitors. 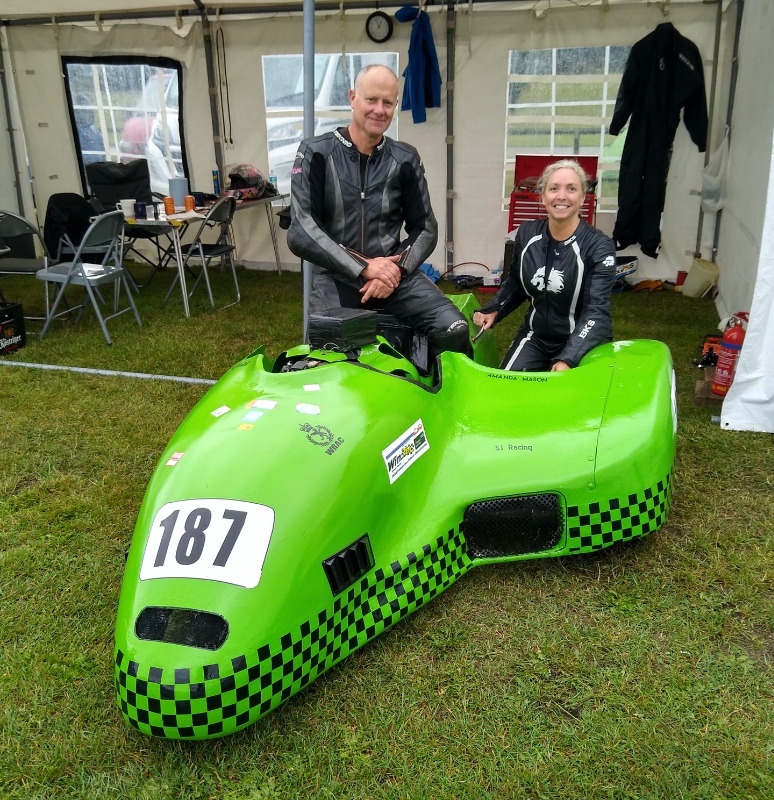 Sidecar duo Stephen Alexander and Amanda Mason had an unfortunate end to their first race
There will be plenty more action from noon tomorrow too and adult admission costing just £15 can be purchased at the gate, with accompanied children aged 15 and under admitted for free. On-site parking is also free of charge. 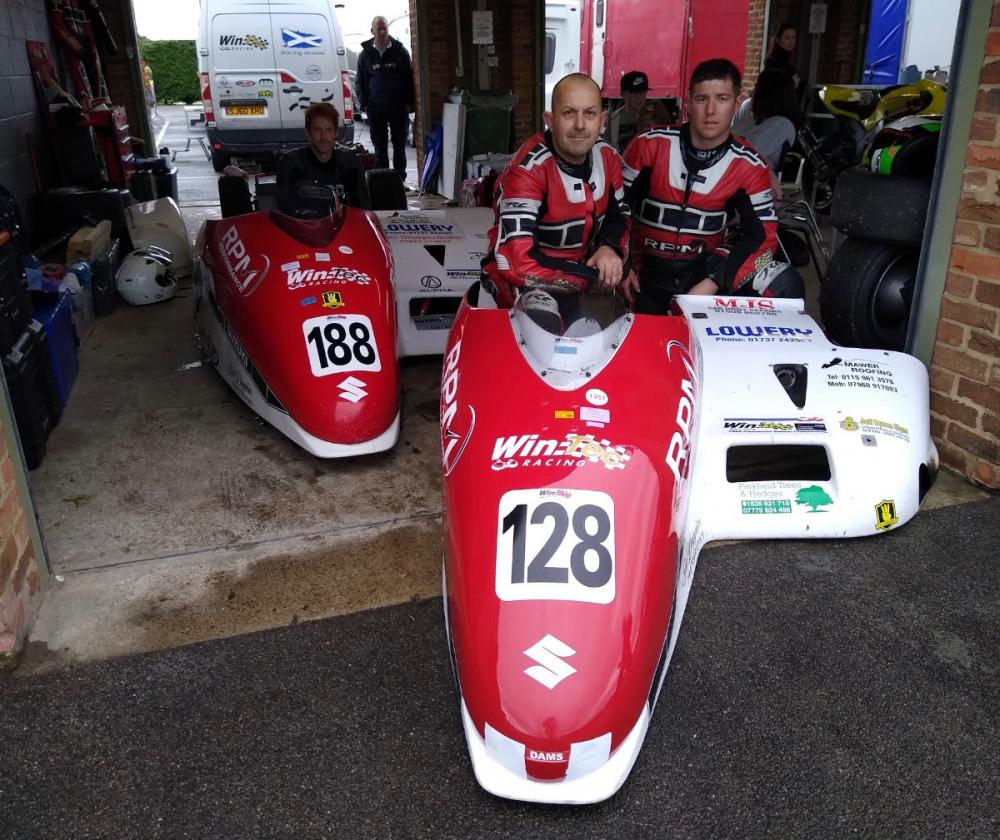 The Wintec Suzukis of Simon Horton/Jordan Forrest and Martin Best/Maverick Davies
Looking ahead to next month, the high profile British Touring Car Championship and its various support race categories are set to visit Croft on the weekend of 18/19 September, with qualifying on the Saturday followed by what is sure to be an action-packed day of racing on the Sunday.
Also by Graham Read...
A Return Visit To Anglesey CircuitA McLaren 1-2 In Italy As Hamilton And Verstappen Crash OutRussell To Mercedes And Bottas To Alfa RomeoVerstappen Delivers At A Very Orange Zandvoort!Verstappen Wins At A Very Wet Spa As Russell Stars