Pickup sales in the UK remain strong and buyers tend to fall into two distinct camps. There are those involved in construction or agricultural industries and then there are the lifestyle buyers. 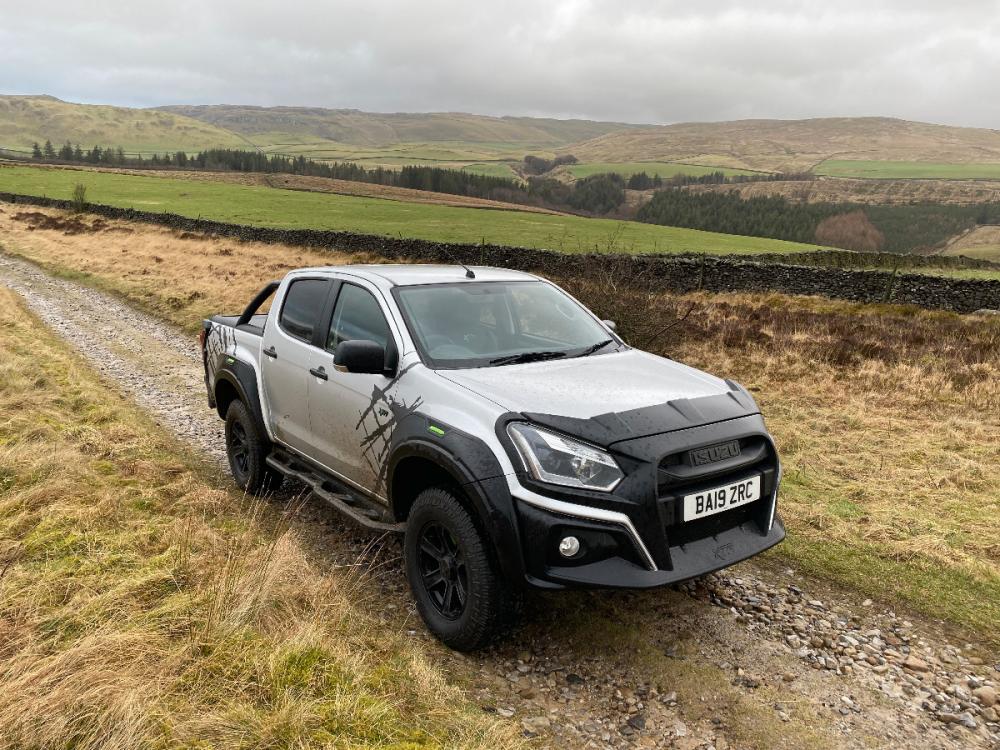 Isuzu’s D-Max has found favour with the former group, drawn to the marque’s reputation for reliability and toughness. In fact, a farming friend is now on his third D-Max and is unlikely to look elsewhere when the time comes to change.

I think it would be fair to say that Isuzu has not chased the lifestyle audience as diligently as others, though with Volkswagen and Mercedes-Benz about to withdraw their pickups form sale in the UK, this may not have been such a bad decision. 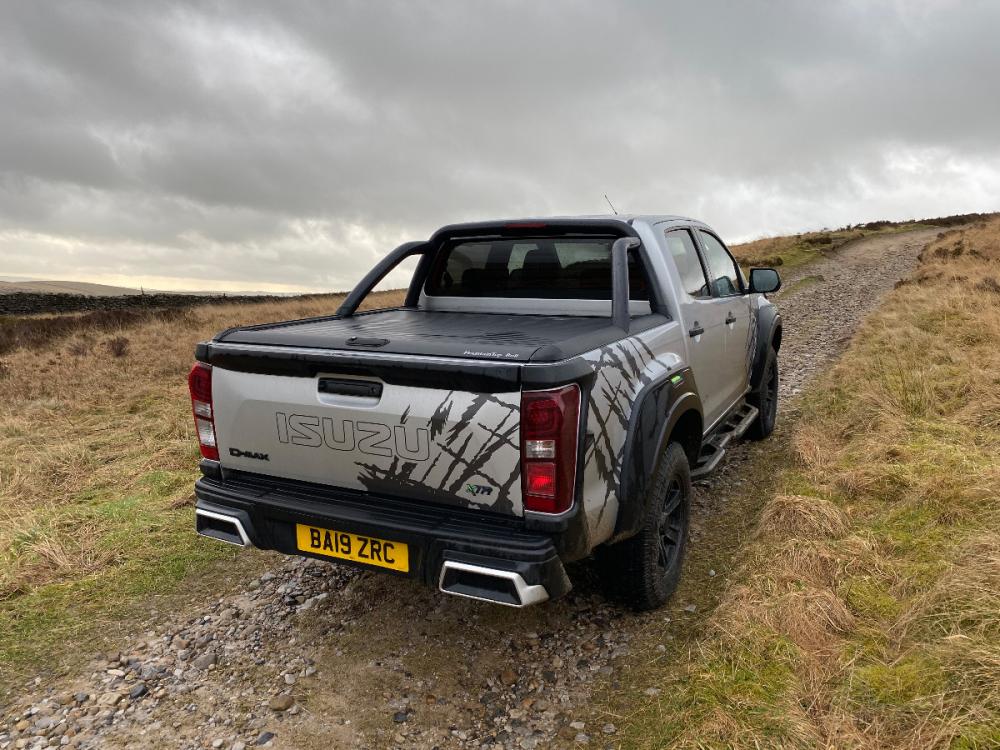 Somewhat late in the day however, Isuzu has launched an XTR variant, the leisure user clearly the target audience. I probably fit the bill quite well.

Rugged good looks are the order of the day, the XTR adding a bonnet protector, bumper guard and headlight frames into the mix. The aggressive look continues with black wheel arch extensions.

Six-spoke black alloy wheels add a touch of menace and then there are the body stickers. I’m not a fan, but feel free to disagree. 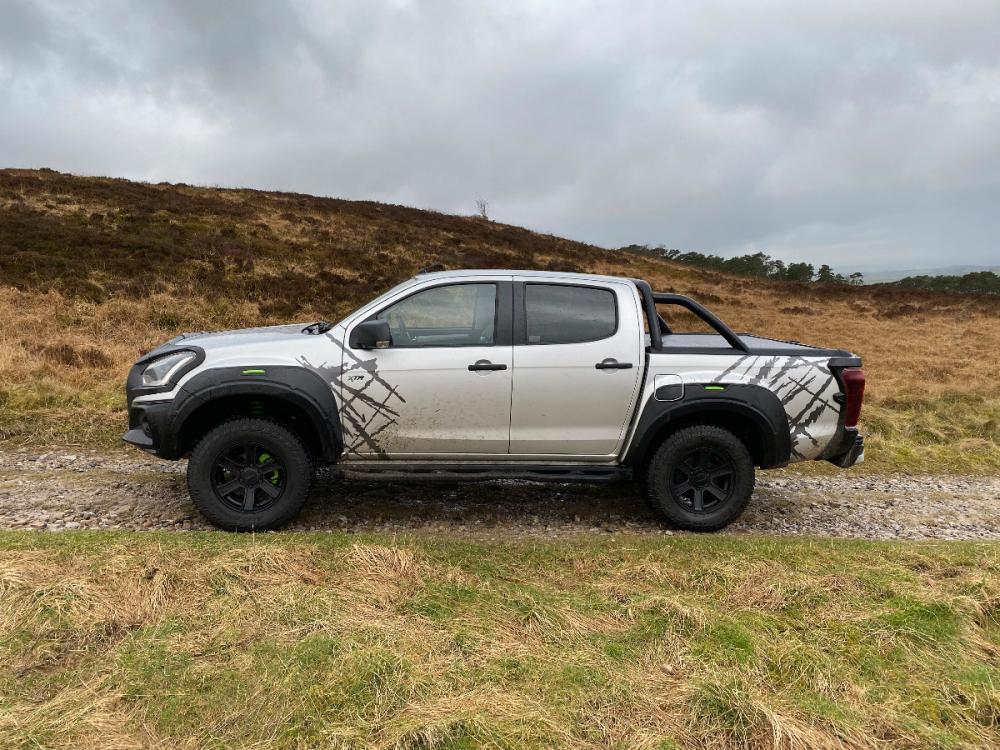 Under the bonnet sits Isuzu’s familiar 164PS 1.9-litre diesel engine. It boasts power and torque aplenty and goes about its business without the need for AdBlue.

However, it is somewhat noisy especially when cold or when worked hard. Some extra sound deadening would not go amiss!

An automatic gearbox adds £1,000 to the XTR’s list price and is money well spent. It generally slurs its way smoothly through its six gears and is much better than the rather notchy manual offering.


Also by Andy Harris...
Stinger – Time To Catch Up With Kia’s Range-topperMazda6 Tourer - The Kuro EditionCool Convertible – Honda S800 DrivenA Honda Sort Of DayVolvo XC90 T8 – A Fully Charged Review!
As per the regular D-Max, the XTR comes with a Shift-On-The-Fly 4x4 system, the rotary dial allowing the driver to select four-wheel drive on the move. A set of low range gears is also fitted for extreme off-road work.

Emboldened by these upgrades, I set out to find some challenging off-road routes and, in this setting, the XTR excelled. Traction is excellent, aided by the Pirelli Scorpion All Terrain Plus tyres, the XTR dismissing my feeble attempts to find some conditions which would challenge it. 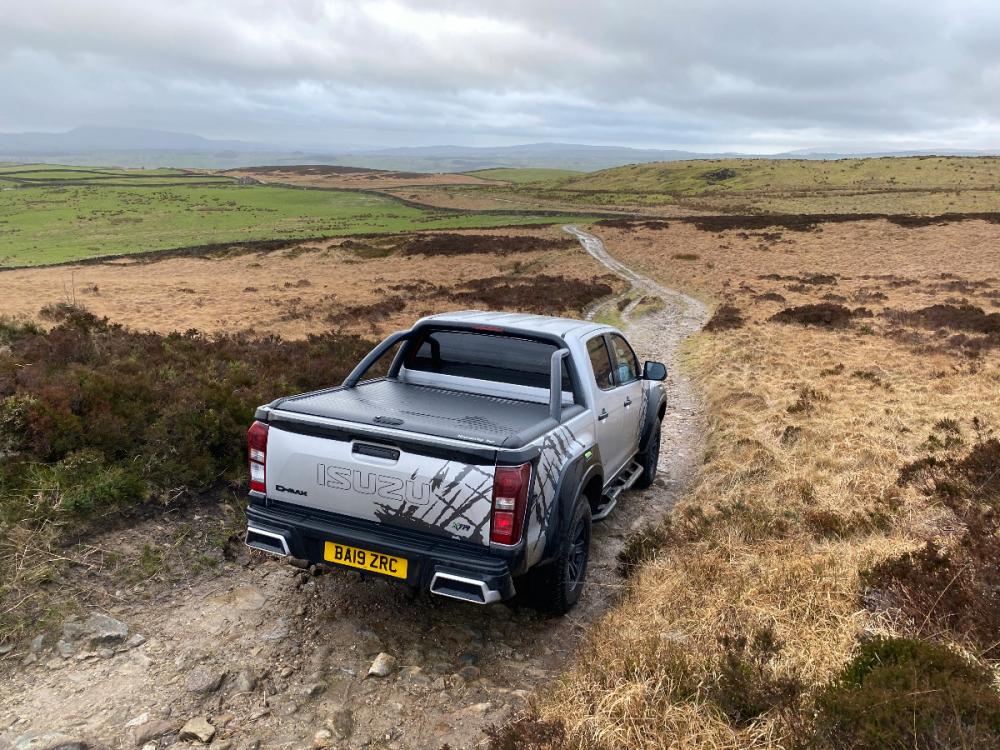 On terra firma, it is not quite such good news. Let’s just say the ride is on the firm side of comfortable and with the load bed empty, there is plenty of bounce from the rear end.

Those who wish to tow will find the XTR’s 3.5 tonne capacity a boon and the one tonne payload should suffice for most users.

Step up into the D-Max XTR’s cabin and the undoubted highlight are the padded sports seats. Upholstered in mix of suede and leather, they are every but as comfortable as they look, though sadly they do lack electric adjustment. They are heated but did not seem especially warming.

Air conditioning is fitted, though I would have expected climate control at this price point and if you want satellite navigation with Apple Car play etc, you will need to spend an extra £1,150 on a Nav+ model.

As tested in Nav+ form with an automatic gearbox, Isuzu asks £36,149 plus VAT. I would suggest unless you require the extra ground clearance, a regular D-Max will suit just as well and that if you really do want to follow the lifestyle route, there are better choices.

The D-Max will also be replaced quite soon and its replacement is likely to boast a more premium interior and better road manners.

In the meantime, the D-Max’s robust nature, comprehensive 5 year/125,000-mile warranty and off-road ability, will still see many a tradesperson beating a path to their nearest dealer. ‘It just works’ was the advertising strapline.