He might be known in his hometown of Doncaster as Dominic Harrison but to his millions of fans worldwide he is Yungblud. 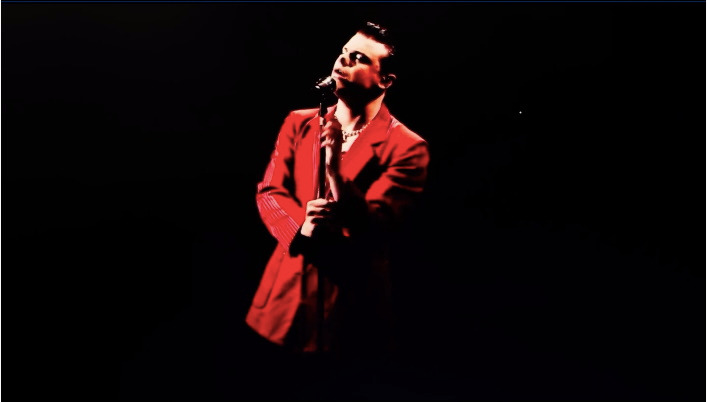 Now his cover of the classic David Bowie song “Life on Mars?” was heard on NASA live streams shortly after the Perseverance Mars Rover touched down on the Red Planet. The David Bowie Estate offered the song to celebrate this monumental event. Yungblud performed “Life on Mars?” during last month’s “A Bowie Celebration: Just For One Day!” concert produced by Mike Garson and Rolling Live Studios. Bowie’s original version of “Life on Mars?” appeared on his 1971 album Hunky Dory.

The Doncaster born singer says,
"To sing the pinnacle song by an artist that truly defined my whole existence, in a search for extraterrestrial existence was one of the best moments of my entire life. The punx went to Mars!"

“It was amazing working with Yungblud and I’m honored that Rolling Live, Mike Garson, and Bowie Band alumni got to play a part in bringing an iconic song to mark this historic moment,” Kerry Brown, CEO/Founder of Rolling Live Studios, said of the Perseverance landing.

Perseverance is the most sophisticated rover NASA has ever sent to Mars, with a name that embodies NASA’s passion to take on and overcome challenges. It will collect Martian rock and sediment samples for future return to Earth, search for signs of ancient microbial life, characterize the planet’s geology and climate, and pave the way for human exploration beyond the Moon.

For further details on the mission, visit https://mars.nasa.gov/mars2020/


Also by Graham Clark...
David Walliams Billionaire Boy Drives Into The North This SpringUB40 ﻿Are Back Bigger Than Ever With New Album And TourSlowly Slowly - Race Car Blues Chapter 2 (UNFD Records)The Alarm Rediscover The Hunger On New Album - WarGabrielle Uncovered From The Masked Singer With New Album, Under The Covers (BMG Records)