A new DVLA survey reveals that:

1 in 6 motorists surveyed name their car – and those aged 35 to 53 most likely to do so
Disco Dave, Lady Patricia, The Beast and ZZ Top among most unusual names 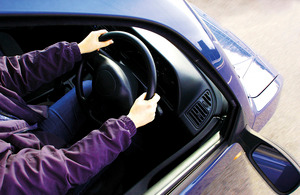 Telling DVLA that you’ve sold a vehicle online only takes a few minutes, DVLA’s database updates instantly and customers will also get any refund on vehicle tax quicker.
https://www.gov.uk/sold-bought-vehicle

A recent DVLA survey has revealed that Disco Dave, Lady Patricia, the Beast, and ZZ Top are among the most unusual names that people have given their cars.

The nicknames, which include a mix of unusual and traditional names, were revealed to the agency in its latest motoring survey.

The most popular names the survey’s 2,095 respondents gave their vehicles included Betsy, Pablo, Max, Ruby, and Doris – with Max and Ruby also among the top 50 most popular baby names this year.

Motorists who are planning to sell their beloved vehicles must tell DVLA they are no longer the owner when the vehicle is sold and the quickest and easier way to do this is online.


Julie Lennard, DVLA Chief Executive said:
"Whatever you name your car, when it’s time to say goodbye, our online services will always be the fastest, easiest and most convenient way to tell us you’ve sold or transferred a vehicle.

"We’re delighted that 98% of customers were satisfied with the service and would use this again.

"We’d encourage anyone who is planning on selling their car to let us know online as quickly as possible to ensure the vehicle’s record is updated promptly."