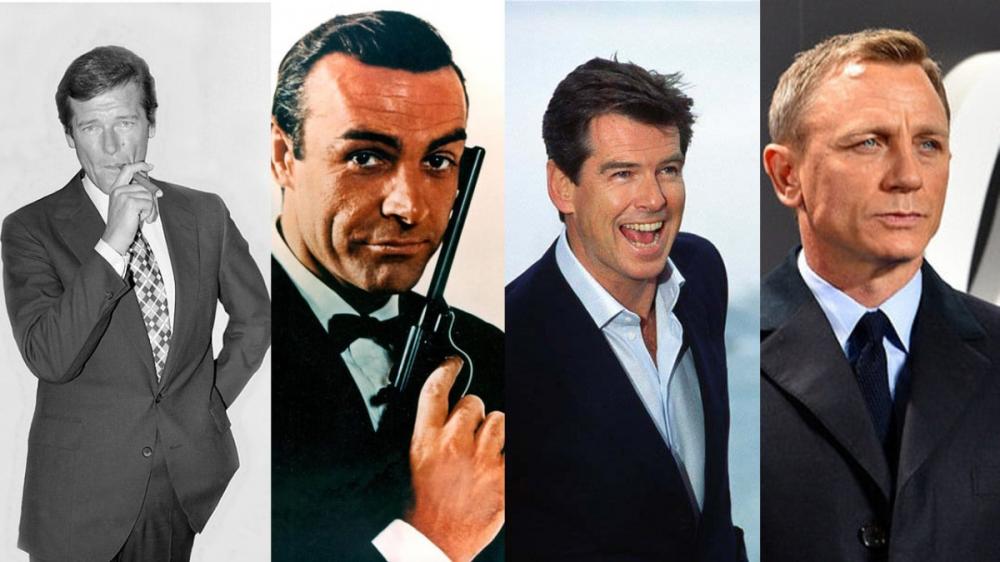 A new study into the James Bond films has revealed which of the iconic Bonds would be most toxic to be dating.

With the highly anticipated release of the 25th Bond film, No Time to Die, film data has highlighted 007’s problematic traits, with the study analysing which actors' portrayal of the secret agent would be the one to avoid dating.

The study) from dating app, Fluttr, has analysed all the 24 official James Bond films which have currently been released to see which is the 007 you most want to avoid based on their instances of on-screen bad behaviour.

Compiling data from the films, the research looked at the traits that would raise the alarm when dating, such as the number of drinks consumed and number of kills by each actor, as well as how many different love interests and how many different sexual partners each had.

Daniel Craig claims the title as the baddest Bond to start a relationship with, with the blond 007 misbehaving every 1 minutes and 40 seconds across his four films to date. In second place is another modern Bond, with Pierce Brosnan committing a bad deed every 3 minutes and 34 seconds in just four outings as the secret agent.

Which Bond is the biggest love rat?

Moore proves to be the least faithful and most sexually charged of the secret agents, with his Bond climbing into bed with a woman once every 46 minutes 37 seconds, when averaged across his films. The suave Moore holds the record for bedding the most women with a huge total of 19 women in his seven movies, significantly more than his counterparts.

Second is Lazenby, despite only appearing in one film, with the Aussie actor having sex with a different partner every 47 minutes 20 seconds, totalling three women in his short stint.

Connery is the third biggest womaniser, sleeping with a Bond girl every 54 minutes, with 13 lovers across his films, followed by Brosnan’s nine sexual partners every 56 minutes 20 seconds, Dalton’s four happening every 66 minutes and Craig’s six taking place every 90 minutes 10 seconds.

The current 007, Craig is certainly one for singletons to avoid, taking the title as the most violent and booziest Bond to date. The agent has killed 279 people in total with a kill happening every one minute 56 seconds, on average, with Spectre the bloodiest Bond film.

Brosnan is second, with his 108 kills coming at an average of one every 4 minutes 42 seconds, with Moore’s 121 kill count meaning he average a kill every 7 minutes 9 seconds.

The reality of Bond’s drinking may also come as a shock to potential love interests. Craig proves to be the booziest Bond, making his way through 37 alcoholic beverages at an average of every 17 minutes 27 seconds. Connery knocks back one of his 34 drinks at a rate of one every 20 minutes 38 seconds, followed by Lazenby necking six drink every 23 minutes 40 seconds.

Rhonda Alexander, CEO of Fluttr, said:
“Everyone likes the idea of that mysterious person sweeping them off their feet, but the reality might not always be the case. Modern dating may feel like a challenging area to navigate, whilst this can be true, there are major advantages to online dating, thanks to new technology which helps to hold people accountable for their problematic behaviour and limit it from the offset.

“Modern daters are encouraged to identify red flags and toxic behaviour in current and potential partners in order to keep themselves safe and have the opportunity to enjoy healthy and happy relationships.

“Fluttr uses ID verification and AI to limit abusive behaviour on the app, with supporting human moderators to investigate. Establishing and maintaining boundaries is important in dating to create a vetting process which is personal to your own needs.”

Carole Ann Rice, relationship expert and life coach, said:
“We're all aware that nobody is perfect and so we want to give our dates the benefit of the doubt, letting things pass because we don’t properly know them yet. However, there should be a three-strike rule with red flags.

“At this point, the behaviour is no longer a coincidence, and you have to decide if it’s something you are willing to tolerate long-term. Often, these things are like a small stone stuck in your shoe. You may not feel it at first but eventually you won’t be able to live with it, and so you have to learn to understand your own boundaries in order to identify red flags before you pursue someone.

“If you are concerned that a friend of family member may be in a toxic relationship, there are a few warning signs to look out for. They may look sad and begin to isolate themselves from friends, they may have low self-esteem and change themselves to fit their partner's needs.

“In contrast, they may dominate the conversation with their partner’s latest escapades. In which case, ask them if this relationship and its drama is fun and if they really want to be feeling this way.”

For more information on the results visit: https://fluttrdating.com/who-is-the-worst-james-bond-to-date/