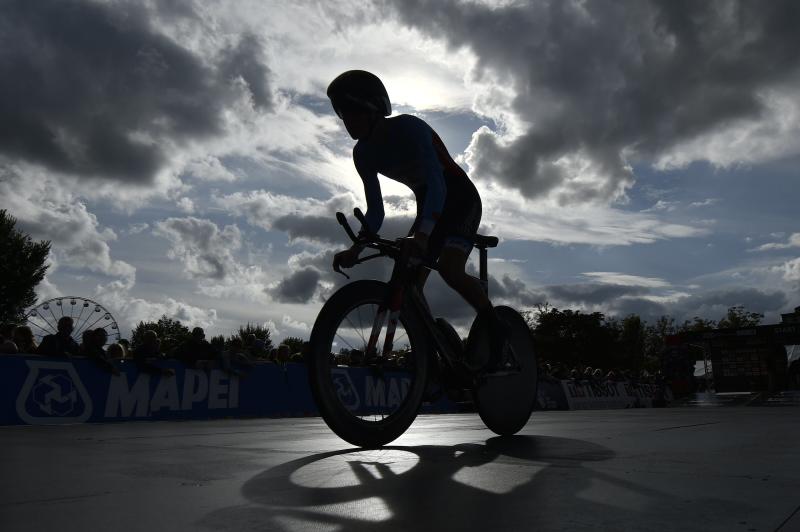 All Photos: SWPix.com
Aigul Gareeva and Antonio Tiberi both bounced back from dramatic setbacks to claim sensational victories in the Women’s and Men’s Junior Individual Time Trial events at the 2019 UCI Road World Championships. 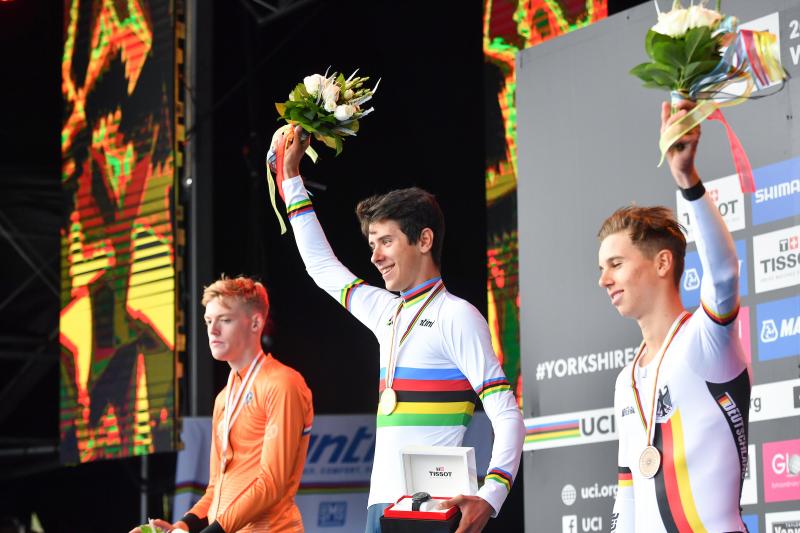 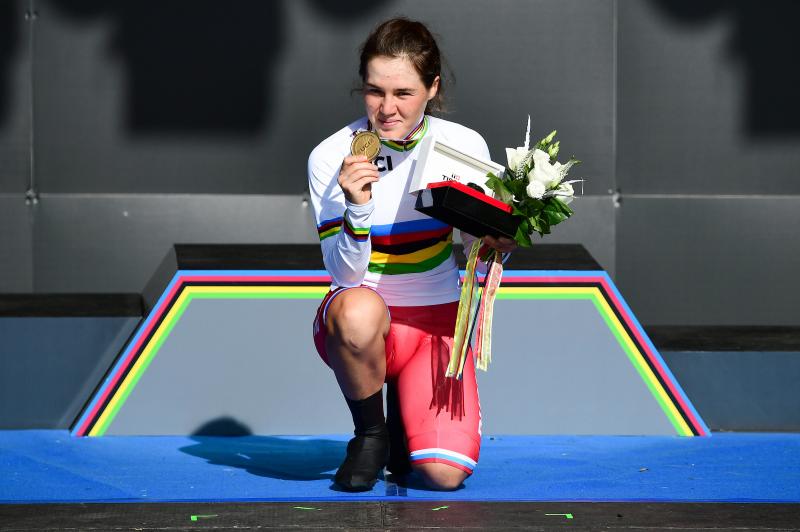 Russian starlet Gareeva had to make a hasty U-turn after missing the tight righthand-bend onto the finishing straight, and Italian Tiberi was then forced into an early bike change after snapping his chain as he rolled down the start ramp. 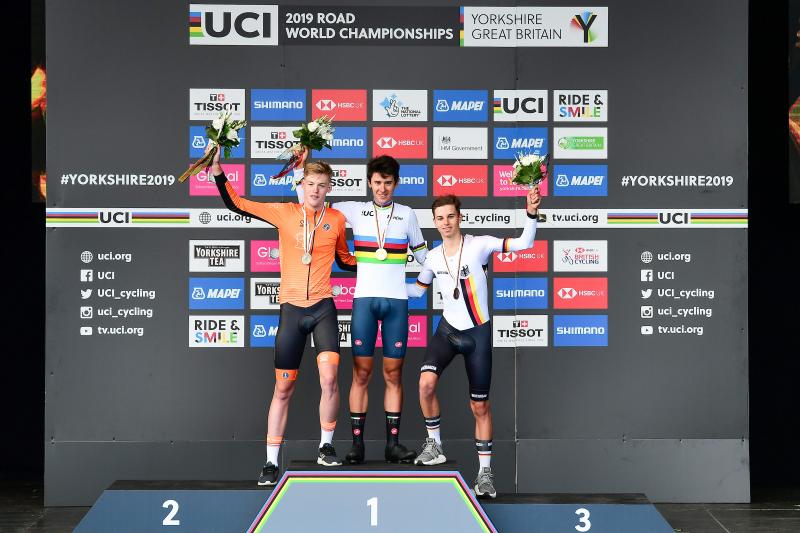 Both riders showed huge resolve however, with Gareeva wrapping up her win with a 3.61sec advantage over Shirin van Anrooij (Netherlands), and Tiberi took his first rainbow jersey by stopping the clock 7.79sec faster than next-best competitor Enzo Leijnse (Netherlands). 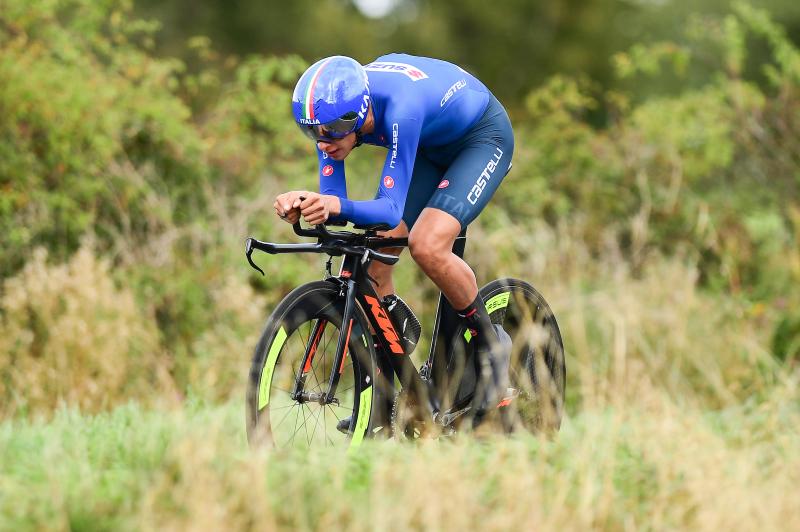 Great Britain meanwhile, claimed their second bronze medal in as many days with Elynor Backstedt taking third place in the women’s race, and Leo Hayter and Oscar Nilsson-Julien both earned themselves top-10 finishes in the men’s equivalent. 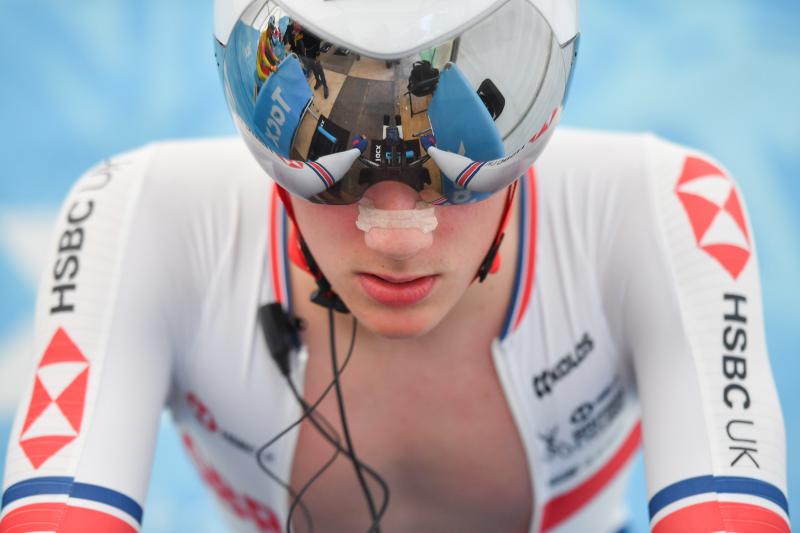 Harrogate once again proved a stunning backdrop, with the female riders tackling one lap of the 13.7km circuit before the men took on the same course twice.

Russian rider Aigul Gareeva said: “I was on my absolute limit as I approached that last corner and was following the white stripes on the road instead of looking up at where I was going. It was an error on my part and I was so relieved when I was still able to win. It was a very emotional moment for me and am so proud to have my rainbow jersey.”

Italian rider Antonio Tiberi said: “I knew straight away that I’d snapped my chain but luckily I was able to roll to my team car and get a bike change. I thought at that point there was no chance I would win but I refocused and was surprised to find out later in the race that I was leading. That gave me huge motivation and I could not believe it when I had won.”

Great Britain rider Elynor Backstedt said: “It was a hilly and technical circuit but I enjoyed every minute of it. I had a little wobble half-way around which lost me some seconds but thankfully I stayed on my bike. The crowds were absolutely incredible. I was the last rider down the start ramp and I could hear the fans cheering my name before I’d even started. That cheering didn’t stop then for my full ride and it certainly pushed me along. I am really happy with my bronze medal and it was an unbelievable experience. 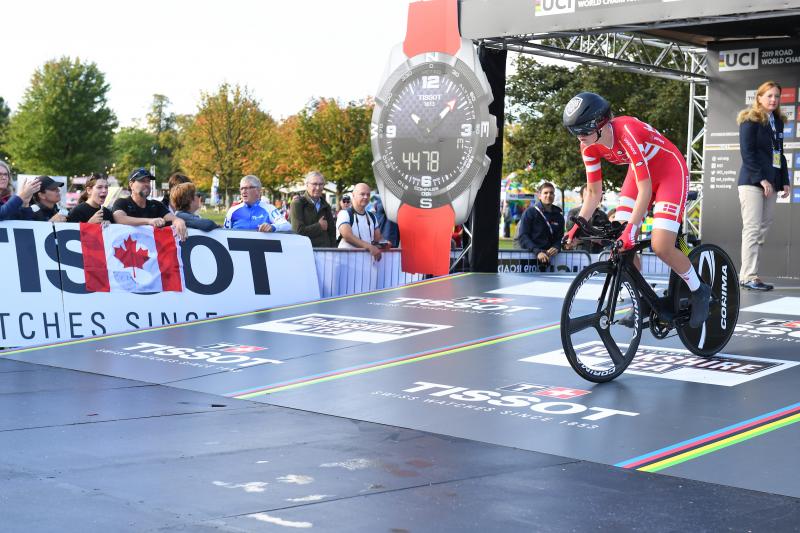 Yorkshire 2019 CEO Andy Hindley said: “We’ve witnessed some amazing sports stories today. Aigul, Antonio and Elynor all experienced problems during their rides but their ‘never say die’ attitude was hugely inspiring to watch – especially from riders so young. Each of their incidents only added to the drama, and I can’t remember two individual time trials quite as exciting as those we witnessed today.” 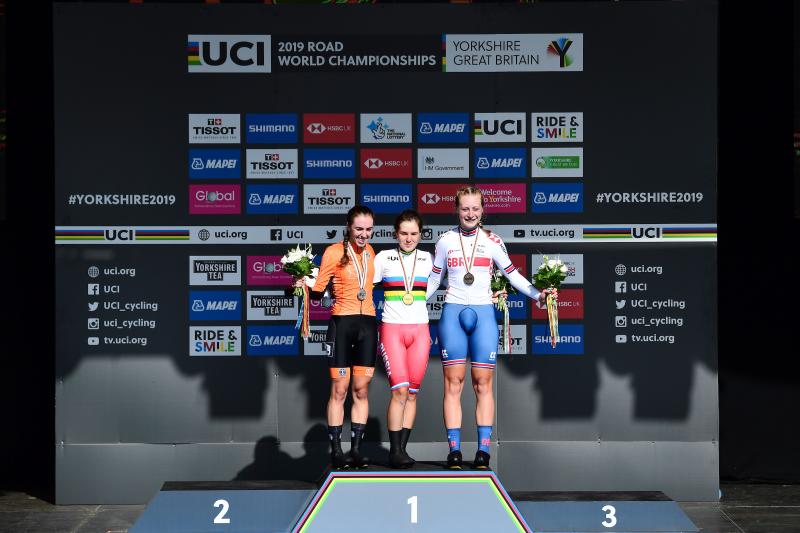 Welcome to Yorkshire Commercial Director Peter Dodd said: “What a day! The racing was incredible and the Harrogate circuit looked absolutely glorious on TV. It makes me so proud to see stunning images of our county being beamed to millions of people around the world and the benefits of these Championships will be felt for a long time to come. I’m sure Ripon and all the other places along Tuesday’s route will look equally spectacular and hopefully we’ll be in for some more edge-of-your-seat racing.”


Also by Andrew Palmer...
“This Is A Time To Be Bold”: BCC Sets Out Principles For Safe Restart Of UK EconomyUK Economy Not Expected To Return To Its Late 2019 Size Until 2023, Says EY Item Club ForecastVirgin Money Covers Its Not-for-profit Fundraising Platform’s 2% ‘Platform Fee’ Until The End Of Lockdown10 in 10 Chris Oldroyd MD Inprotec10 In 10 – Chris Jones, SpeedQuizzing