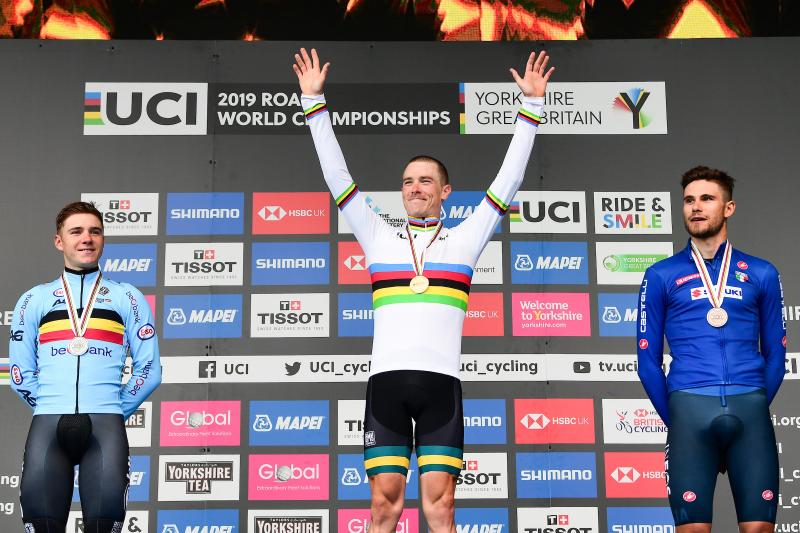 Photos: SWPix.com
Rohan Dennis put a difficult period behind him in emphatic style on Wednesday as he dominated the Elite Men’s Individual Time Trial at the 2019 UCI Road World Championships.

Dennis hadn’t competed since climbing off his bike mid-way through the 12th stage of this summer’s Tour de France, but returned to action in a sensational manner to wrap up the rainbow jersey for a second successive year.

The 29-year-old Australian was the final rider down the start ramp in a packed Northallerton where crowds were literally five-to-six people deep along the High Street to cheer them away. Dennis managed to maintain an average speed of just under 50km/hr (31 m/hr) on the undulating 54km trek which took in iconic Yorkshire landmarks such as Ripley Castle, Fountains Abbey and Studley Royal Water Garden before arriving into an equally bustling Harrogate. 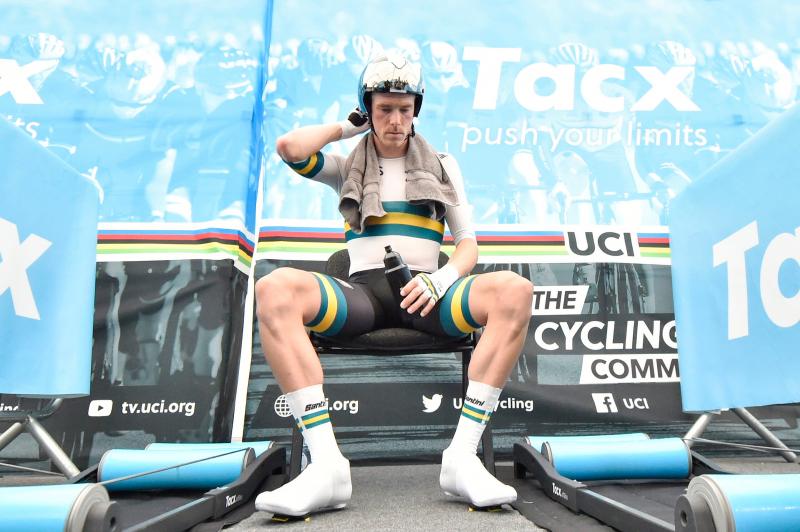 Photos: SWPix.com
The noise was deafening as he raced up Parliament Street and that herculean effort saw him stop the clock with a time of 1hr 05min 5.35sec which ensured he romped to the top of the standings with a 1min 8.93sec advantage over 19-year-old Belgian sensation Remco Evenepoel. Italian Filippo Ganna finished a further 46.07sec back to round out the top three, with Alex Dowsett (+2min 1.77sec) claiming a top-five finish for Great Britain.

Australia rider Rohan Dennis said: “I did a lot of work to get mentally prepared for today and I was confident in my ability. Once I got out there I was able to let my legs do the talking. I knew the pace I went out with [at the Championships] last year and just stuck on that. I was 20 seconds up at the first time check and knew I still had more to give and that I wasn't going to die on the climbs. It was perfect and the course today was awesome as well. We first saw it on Saturday and instantly loved it, so whoever designed it, thanks for that!”

Great Britain rider Alex Dowsett said: “It was a good ride and I’m happy with how I executed our plan today. The crowds out there were mad, clearly many people had taken a day off work to cheer us on and that was really good of them. It gave us an extra something. We definitely had to dig in and hearing that support gave us extra power. It really helped and I’m super grateful - this was a really cool result. 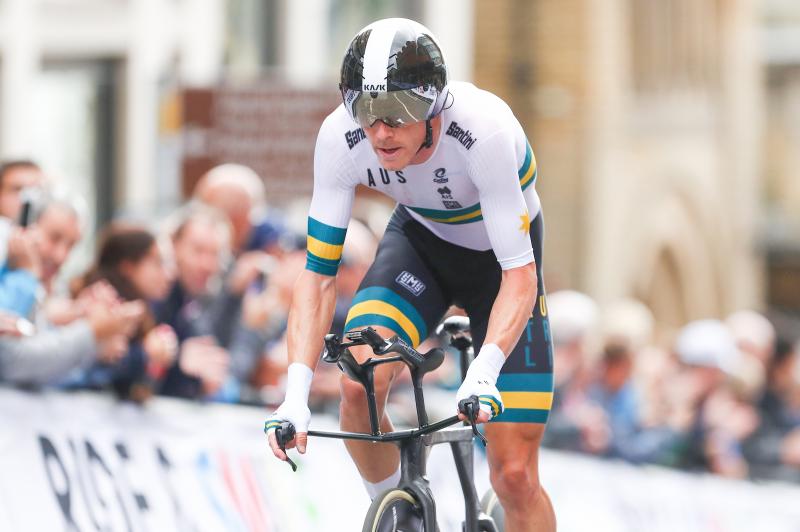 Photos: SWPix.com
“Yorkshire is the home of cycling in the UK and this has been colossal. There’ll be even bigger crowds at the weekend and it’s an honour to have been a part of it – one to tell the grandkids for sure.” 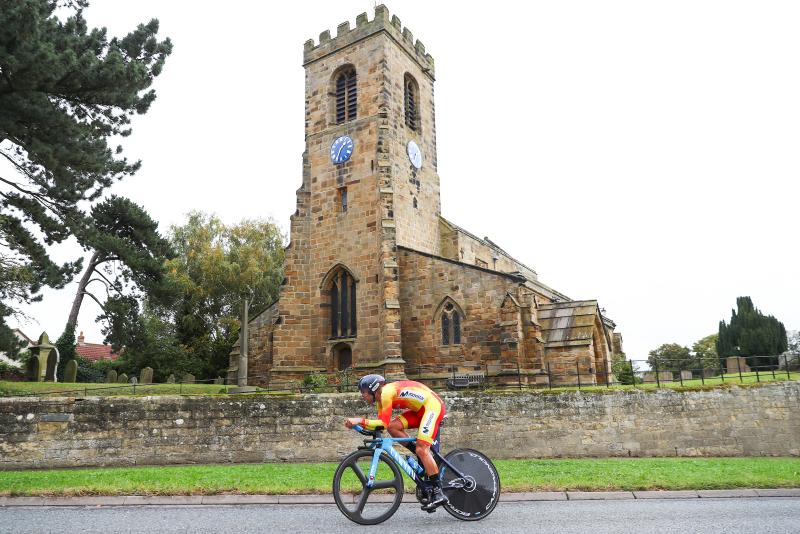 Photos: SWPix.com
Yorkshire 2019 CEO Andy Hindley said: “We saw some amazing cycling and it was another cracking day for Yorkshire. The crowds in Northallerton were fantastic and they were full of support for the riders as they started. On the climbs and through the villages as well, we couldn’t have asked for any more, and Harrogate provided another great welcome.

“It was a challenging course – up and down with plenty of corners – and Rohan produced an incredible display. Seeing his wife and baby there at the finish was very emotional and massive congratulations to him. Remco also deserves a mention. That performance from a 19 year old in an elite event was just amazing, and what a force for the future he will be.” 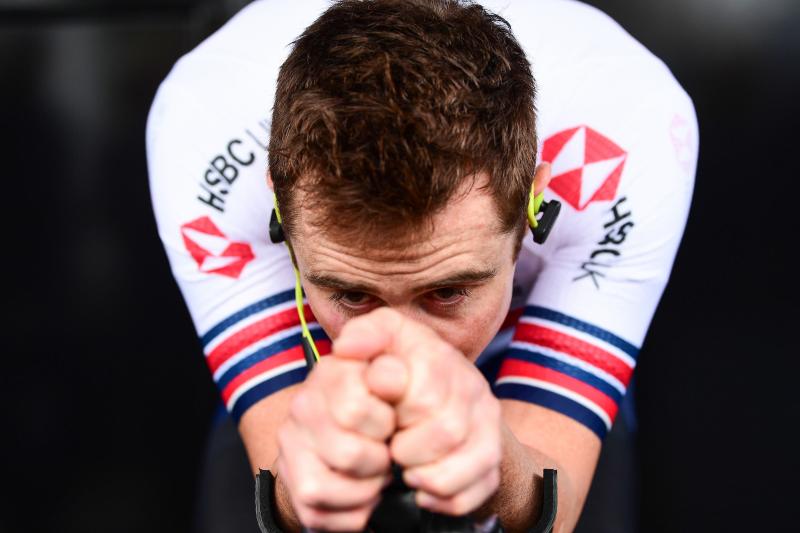 Photos: SWPix.com
Welcome to Yorkshire Commercial Director Peter Dodd said: “On every kilometre of the route today we saw pride and passion from the fans, and that true Yorkshire spirit. Special mention to Northallerton for the way the community came together to celebrate the race. Every business had adopted a country and their window displays were brilliant. The UCI Road World Championships have never seen land art like what was on the route today either as well, and the footage of this event is taking Yorkshire global.”