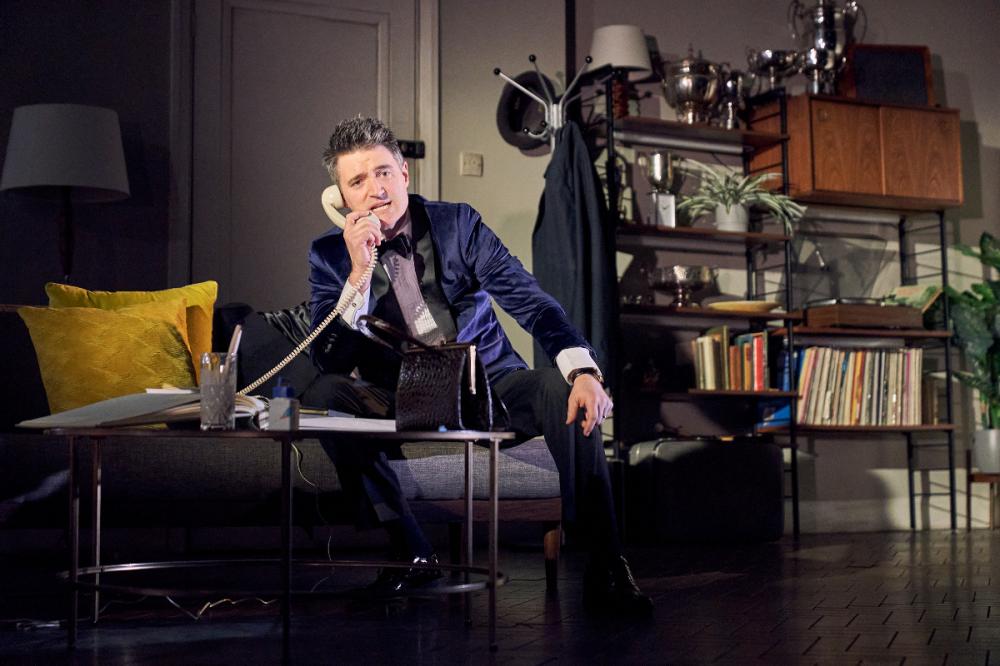 Dial M For Murder, best known for the 1950’s Alfred Hitchcock film starring Grace Kelly and Ray Milland, is, in many ways, the perfect touring show because it has just four actors taking five parts and one set throughout: the budget holder’s dream!

However, every production still has to deliver even if it is the Ryanair of the theatre…..and for me, this one didn’t, well not quite! 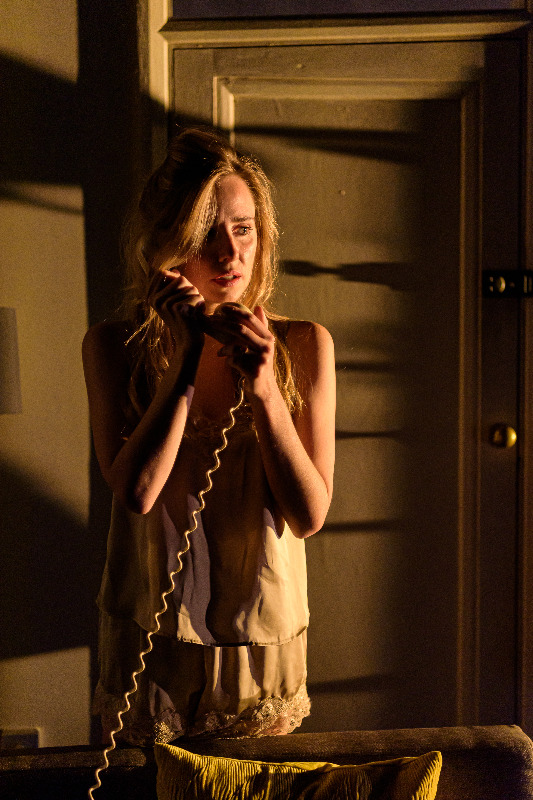 Set in the 1960’s, Tom Chambers stars as the enigmatic and unscrupulous ex tennis professional (Tony Wendice) who wants to murder his wife Margot (Diana Vickers). She is having an affair with crime writer Max Halliday (Michael Salami) but perhaps of more significance, she is wealthy whilst Tony is broke.

There follows a tale of intrigue and blackmail as Tony is forced to jump through ever more hoops if he is to keep his plans on track to inherit his wife’s money.

The entire play is set in the front room of a house in Maida Vale, decorated in typical 60’s style with vinyl LPs, a record player and a tray of drinks complete with decanters and a soda syphon all in evidence.

However, whilst the four actors are excellent, elements of the staging are a little unexpected, with some use made of slow motion and almost comic movements to cross the stage in time to the music familiar to many from the original Hamlet cigar advert.

The play is generally well directed by Anthony Banks, but I felt that at times the production seemed confusing. Is it a thriller or a comedy? At times out of date and yet at other times appearing to try too hard to fit into the life and times of 2021. 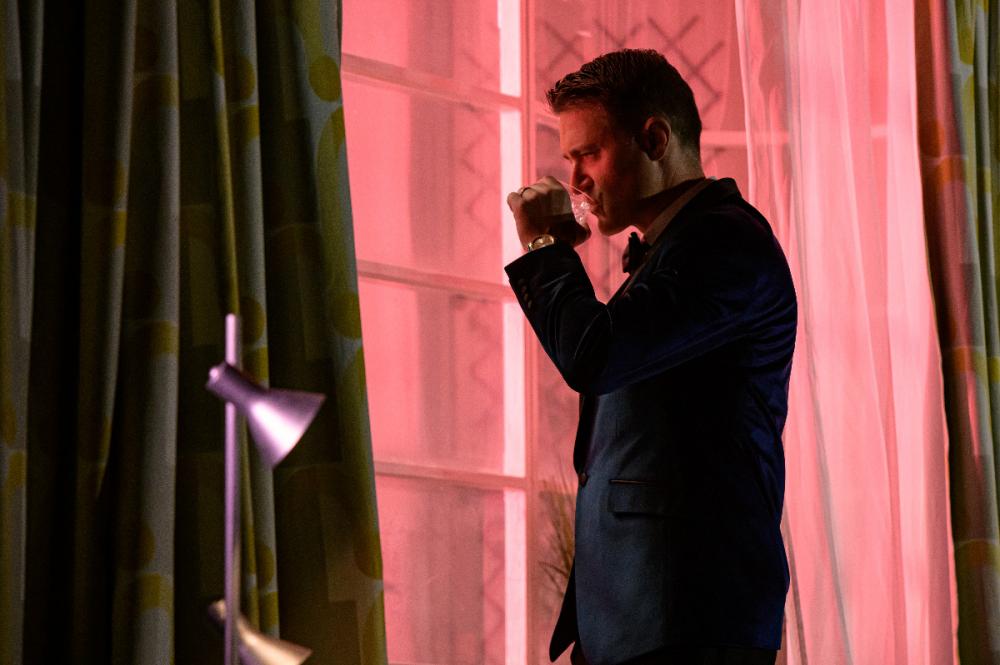 At one point, in the midst of the police investigation, Christopher Harper playing Detective Inspector Hubbard, performs an impromptu Elvis Presley hip swivel and a lip curling ‘uh-huh’, which added nothing to the storyline and momentarily broke the flow of the investigative dialogue, although some in the audience did chuckle. Sadly, the actual murder wasn’t particularly convincing and could have been staged with more conviction and believability.

For me, a thriller should build the suspense until you are sat on the edge of your seat but this just wasn’t the case as on more than one occasion the actors threw asides to the audience which were rewarded with some laughter.

Dial M for Murder is a classic play, well written with a good plot and a neat twist at the end. It has stood the test of time and is certainly able to stand on its own without the need for this production’s embellishments.