Filmed opera (or in this case, operetta) is a very different artefact from opera on film. The latter is a cinematic version of a stage production. Filmed opera, on the other hand, is an opera removed from the auditorium with the action taking place on location. 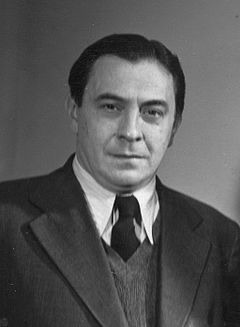 Director - Bolváry Géza
For reasons I will explain later, this is a most curious piece of work. I discovered it on You Tube, among many other versions.

This version of Die Fledermaus is a product of the Terra Film studios and shot in Berlin and Prague in 1944. There are no indications of a Germany under siege. Indeed, the print is excellent and the colouring vivid.

It was not released until 1946, by which time the eastern part of Germany was under Communist control. Why did the East German Government allow a film to be shown which used elaborate sets and expensive costumes to depict aristocratic Vienna? Perhaps they hoped to show the decadence of bourgeois society (and there is plenty of decadence on show) and allow it to condemn itself. Who knows? 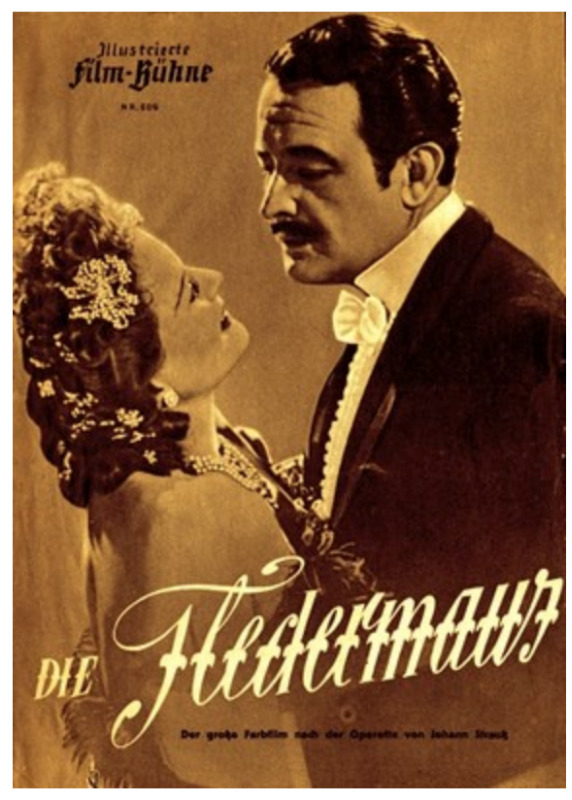 The plot of Die Fledermaus is farcical and too convoluted to go into here. A number of storylines run in parallel, for example: a man dressed as a bat (for a fancy dress ball) is sent to prison for causing a public nuisance; an elaborate practical joke occupies two of the characters; a lady’s maid attends a ball thrown by a Prince and creates a sensation when she sings; and many others.

Several characters spend most of their screen-time under the influence of alcohol. An escape from prison is affected because the guard is drunk, and no one seems to mind very much


Also by Mike Tilling...
Turandot – Giacomo Puccini: A Cartoon For ChildrenU Carmen e-KhayalitshaFilmed Opera: Carmen – Georges Bizet & Francesco RossiFilmed Opera: Cavalleria Rusticana – Pietro MascagniEnnio Morricone. In Paradiso
The most surprising element is the removal of many of the most famous arias. For example, Mein Herr Marquis (Adele’s Laughing Song) is absent and there is very little music, except in snatches, until the last third of the film when a remarkably accurate look-alike of Strauss turns up to conduct an orchestra.

More shocking still is a dance sequence of (presumably) Indian inspiration in which one of the girls dances bare breasted. This is as nothing to a modern audience, but 1944? The sequence is treated very casually, with cutaways to other characters smoking and drinking champagne, but somehow it escaped the censors.

Perhaps I have misunderstood the whole raison d’etre for the plotting – it is in German with no sub-titles – but I enjoyed it for its rarity value and its capacity to surprise. In a curious way, it delivers its own insights into a country on the brink of collapse, desperately trying to reassure itself.