British duo Discloser release their first new album in 5 years. The brothers have already had two number 1 albums and have worked with many artists over the years including Mary J. Blige. 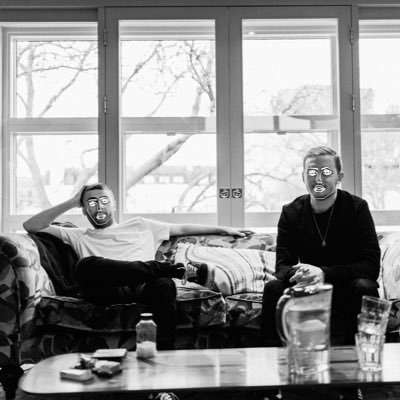 This new album features Mick Jenkins, Common and Kelis, who opens up the album with the track Watch Your Step. In the past Disclosure have always been inspired by classic House tracks. In the album they seem to have gone slightly to a more Electronic Dance groove.

The vibe changes again on My High which features Amine and mixes rap and hip hop which is something you would not expect from the duo.

The warm House vibes are back with a garage tip on Who Knew which features Mick Jenkins, the track is classic Disclosure and this style suits then more than going off in a tangent.

Doha (Mali Mali) has already been released as a single. The summary vibe swirled and twists in classic House style. Featuring Fatoumata Diawara the track is not sung in English but it does not matter as it is the uplifting groove that hits you.


Also by Graham Clark...
The Vamps Announce Cherry Blossom TourRemembering Jaco - Multiquarium Big Band Feat Bireli Lagrene (Naive Records)Keeping The Faith - Paloma Faith Announces New Album And Northern ConcertsHaim Are Coming To Leeds And ManchesterLittle Mix Announce Northern Shows For Next Spring
The title track of the album, Energy comes with bells and whistles and sounds like it was inspired by the Notting Hill Carnaval or perhaps they have been up to Leeds and seen the Leeds Carnival?

Birthday featuring Kehlani, Syd sounds very soulful and it might have been one for Mary J. Blige. If you heard the track on the radio you would think it was a Victoria Monet song, as it has that jazzy and soulful tip.

Common appears on the final track, Reverie on a song that is a rap over the brothers lush soundscape. He says that that there are a "a lot more sayers than doers" Disclosure are doing the business on this eclectic album.