Divorcing couples will no longer have to blame one another for the breakdown of their marriage as a Bill that seeks to reduce family conflict enters Parliament today (7 January 2020). 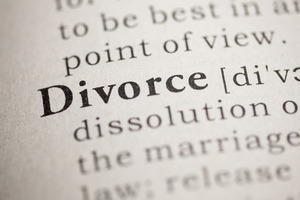 The Divorce, Dissolution and Separation Bill represents the biggest shake-up of divorce laws in half a century and aims to reduce the impact that allegations of blame can have on a couple and in particular children.

Currently, one spouse has to make accusations about the other’s conduct, such as ‘unreasonable behaviour’ or adultery, or otherwise face years of separation before a divorce can be granted – regardless of whether a couple has made a mutual decision to separate.

The new law will remove this ‘blame game’ by allowing one spouse - or the couple jointly - to make a statement of irretrievable breakdown. It will also stop one partner contesting a divorce if the other wants one – which in some cases has allowed domestic abusers to exercise further coercive control over their victim.

The Bill was first introduced in June 2019 after a public consultation and is being brought before Parliament again following the General Election.

"The institution of marriage will always be vitally important, but we must never allow a situation where our laws exacerbate conflict and harm a child’s upbringing.

"Our reforms will stop divorcing couples having to make unnecessary allegations against one another and instead help them focus on separating amicably.

"By sparing individuals the need to play the blame game, we are stripping out the needless antagonism this creates so families can better move on with their lives."

"We’re pleased to see this important bill being reintroduced to Parliament today and hope for the sake of countless families that it is passed. Evidence tells us that parental conflict is damaging to children’s outcomes in life, yet the current fault-based system leads divorcing partners to apportion blame.

"The proposed changes will encourage a positive start to the new relationship divorcing couples must form as co-parents. Divorce isn’t a decision people tend to take lightly but the introduction of a minimum timeframe will provide an opportunity for couples to reflect and seek vital support such as counselling and mediation."

The Bill will bring divorce law in line with the government’s approach to family justice – avoiding confrontation wherever possible and reducing its damaging effect on children in particular.

Crucially, it will also introduce a 20-week period between the initial petition stage and when the court grants the provisional decree of divorce (the ‘decree nisi’). This will provide a meaningful period of reflection and the chance to turn back, or where divorce is inevitable, it will better enable couples to cooperate and make arrangements for the future.

Specifically, the Divorce, Dissolution and Separation Bill will:

Replace the current requirement to evidence either a conduct or separation ‘fact’ with the provision of a statement of irretrievable breakdown of the marriage (couples can opt to make this a joint statement).
Remove the possibility of contesting the decision to divorce, as a statement will be conclusive evidence that the marriage has irretrievably broken down.
Introduces a new minimum period of 20 weeks from the start of proceedings to confirmation to the court that a conditional order of divorce may be made, allowing greater opportunity for couples to agree practical arrangements for the future where reconciliation is not possible and divorce is inevitable.