The fourth episode of The Railway 24/7 airs on Wednesday 1 July at 9pm on Channel 5
The fourth instalment in the series will give viewers an insight into issue of trespassing on the railway, which is at a ten-year high
TransPennine Express voice concerns over recent increase in number of trespassing cases with more than 1,000 people caught on the tracks during the first month of lockdown 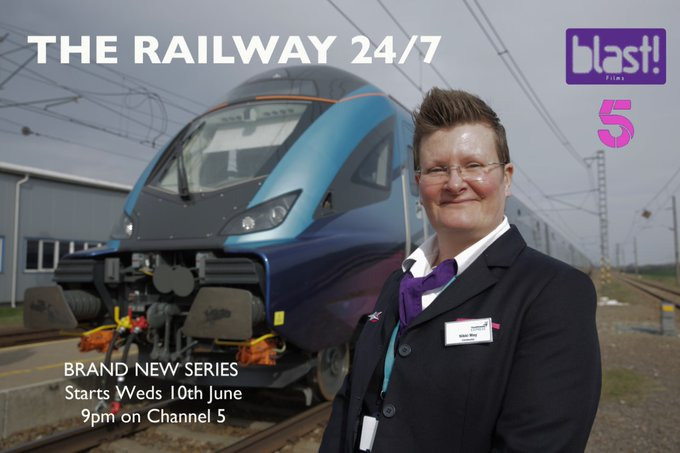 TransPennine Express has voiced concerns after seeing a rise in the number of trespassers on the railway in recent months with trespassing hitting a ten-year high.

The concerns come as the fourth episode of The Railway 24/7, the documentary series going behind the scenes at TransPennine Express (TPE), set to air on Wednesday 1 July, features a group of children on the tracks as a train approaches.

Last year, 550 children were caught on the tracks resulting in the British Transport Police setting up dedicated teams to try and stop people from going onto the railway lines.

The episode features British Transport Police Officers Bex and Kayleigh who are shown arriving at a small station after they discover a group of young people on a wall just yards from the high-speed line.

This is not an isolated incident though, as the episode also shows driver Simon Powell being alerted to the news that there are trespassers on the line ahead on his route to York. He brings his train to a stop and jumps down on to the tracks in pursuit of the intruders, but they vanish into the night before he can confront them. 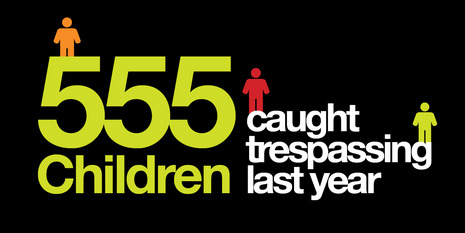 TransPennine Express has voiced serious concerns over the increase in trespassers, especially over the last few months when children have not been in school due to the COVID-19 nationwide lockdown. In fact, during the first month of lockdown, more than 1,000 people were caught trespassing on the railway.

With the Summer holidays just weeks away, the rail provider is urging people to stay away from the tracks.

Liz Collins, Interim Managing Director at TransPennine Express, said:
“According to new figures, one person every hour puts their life in danger by trespassing on the railway.

“The fact that trespassing is at a ten-year high and that almost half of those killed doing so have been under the age of 25 is an extremely shocking and upsetting statistic.”

“As a rail provider for the North, we’re doing all we can to help keep people safe and reduce trespassing across the network. We also appreciate the support of the British Transport Police who are working closely with us, patrolling trespassing hotspots and educating children about the potential dangers of trespassing.”

“We are urging parents and young people to take a reality check when it comes to trespassing. They are real tracks with real trains and real-life consequences.”

Research* also shows young people are more likely to take a risk on the tracks, with seasonal peaks in incidents coinciding with the spring and summer school holidays. Most trespassers say taking a shortcut was their main motivation followed by thrill-seeking.

As well as focusing on trespassing, the episode will also show Simon receiving a message that there has been a fatality on the tracks on his line. The sad news reminds him of the two fatal accidents he has been involved with whilst driving his train.

Superintendent Alison Evans of the British Transport Police said:
“Every year hundreds of people take risks on and around the railway, resulting in tragic consequences and life-changing injuries. We continue to patrol the thousands of miles of railway network we police across the north.

“Now that school is out until September for many, it’s vital that parents and guardians speak to their children and young people and make them aware of the importance of rail safety and the dangers of misusing the railway. Make sure they know that the rail network is never switched off - electricity powers the overhead cables and third rail 24 hours a day, seven days a week. The rail network does not go to sleep once the last passenger services have run. Freight trains run all through the night.

“In partnership with Network Rail, our You Vs Train campaign highlights the devastating consequences of trespassing on the railway. Parents can still sign up for free online tutorials of the You vs Train railway safety lessons, which are normally broadcast into schools via Network Rail’s educational partner LearnLive.”

“We need everyone – adults and children - to stay off the railway and never use it as a short cut. Not only are you risking a large fine, you’re also risking your life and the lives of others.”

Liz Collins continues:
“We do hope we get the message across about the dangers of trespassing and that viewers tune in to the fourth episode of The Railway 24/7.”


The fourth episode of The Railway 24/7, made by Blast! Films, will be aired on Wednesday 1 July at 9pm on Channel 5.