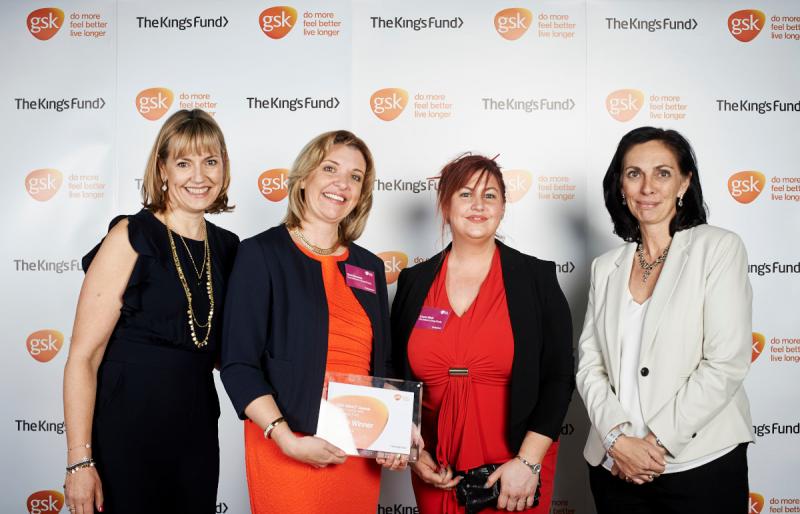 The GSK IMPACT Awards are a national programme that recognise and reward small and medium sized charities that are doing excellent work to improve people’s health and wellbeing in communities across the UK. Each winner has received £30,000 in unrestricted funding as well as expert support and leadership development provided by The King’s Fund.

The Children’s Sleep Charity estimates that 40% of infants and children have problems with sleep, which can lead to anxiety, behavioural problems, a lowered immune system, obesity and poorer performance in school. This innovative charity provides support for families and accredited training for professionals and organisations across England and Wales.

The charity runs training courses in children and young people’s sleep for professionals such as teachers and NHS staff, who go on to support parents. It trains family support workers to offer courses aimed directly at parents, which are scheduled to fit around family life. These include specific resources for families whose children have autism or ADHD, both of which can mean they are at higher risk of sleep problems. An independent evaluation by Nottingham University found that its intense ‘sleep tight’ course increased the average time a child slept by 2.5 hours.

Alongside its training, information and sleep clinics, the charity campaigns to raise awareness of the impact that poor sleep can have on children’s health and wellbeing. The Children’s Sleep Charity has launched a manifesto and is in the process of working with MPs to develop their work in Westminster.

“We are delighted to have our work recognised through winning this prestigious award. Sleep is often not given the recognition that it deserves when it comes to health and wellbeing. We hope by winning this award that we will be able to raise the profile of the importance of sleep further and support many more families.”

“The Children’s Sleep Charity is raising the importance of good sleep for children’s health and wellbeing. It has developed a range of resources and services for families, health professional and people who work with children. The charity is having great success in bringing this important issue into the mainstream.”

Developing leaders in the charity sector is a key aim of the GSK IMPACT Awards programme. All winners will be invited to take part in a tailored leadership development programme provided by The King’s Fund. They will also be invited to join the GSK IMPACT Awards Network, a national network of over 80 previous award winners working together to develop leaders, find new ways of working, and provide mutual support.

The Children’s Sleep Charity received their award at a ceremony held at the Science Museum in London last night (Thursday 16 May), along with nine other 2019 GSK IMPACT Award winners.


To find out more about The Children’s Sleep Charity work or to get help, visit www.thechildrenssleepcharity.org.uk.