Four weeks before modern Formula 1 returns to the streets of Monaco, the last three days have witnessed the spectacular running of the 12th Grand Prix de Monaco Historique race meeting after the pandemic had forced its cancellation last year. Following free practice sessions on Friday for the seven categories of cars competing and qualifying yesterday, it was race day today and a small Yorkshire based team named AVIT Motorsport, owned and run by Doncaster’s very own Ewen Sergison, took part in two of the events, claiming a well deserved podium finish in one of them. 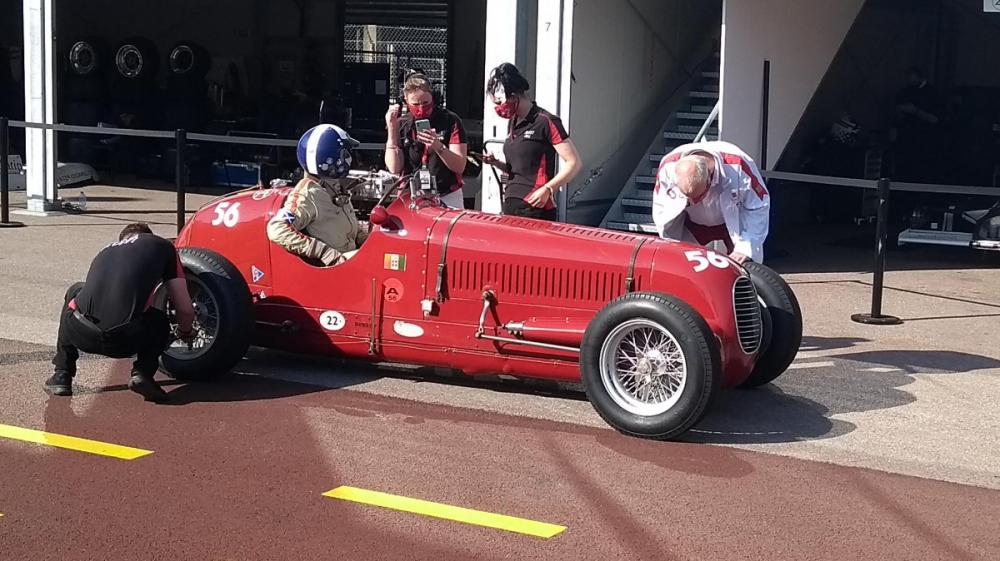 Ewen Sergison and the Maserati 6CM in which he finished third in today’s race in Monaco for Pre-war Grand Prix Cars and Voiturettes
Ewen, a 45 year old Scot, was born in Doncaster and still lives and works there, his day job being to run the family owned Jock Sergison’s Garage. However, he also has a passion for motor racing, having first competed back in 1993, and was today taking part in the encounter for Pre-war Grand Prix Cars and Voiturettes before then joining the grid for the race for three litre Formula 1 cars from 1973-1976.

For his opening race Ewen was behind the wheel of a 1936 supercharged six cylinder Maserati 6CM after qualifying an impressive fourth out of 13 entrants and first in his class. The UK’s Pat Blakeney-Edwards in a 1945 Fraser-Nash Monoplace was the hot favourite to take the victory after qualifying over two seconds faster than anyone else and led for the opening six laps before gear change woes slowed his pace and forced him to retire on the start-finish straight. This promoted the pursuing Talbot-Lago of Swiss driver Christian Traber into the lead, with Austria’s Niklas Halusa second in his Bugatti 35B and and, yes, Doncaster’s Ewen with the Scottish saltire on his helmet and race overalls in third place after having maintained fourth from the start. Come the chequered flag the podium trio comprised of Traber, Halusa and a clearly emotional Ewen, who was comfortably ahead of the fourth placed Frenchman Thierry Chanoine in a Riley Dobbs. 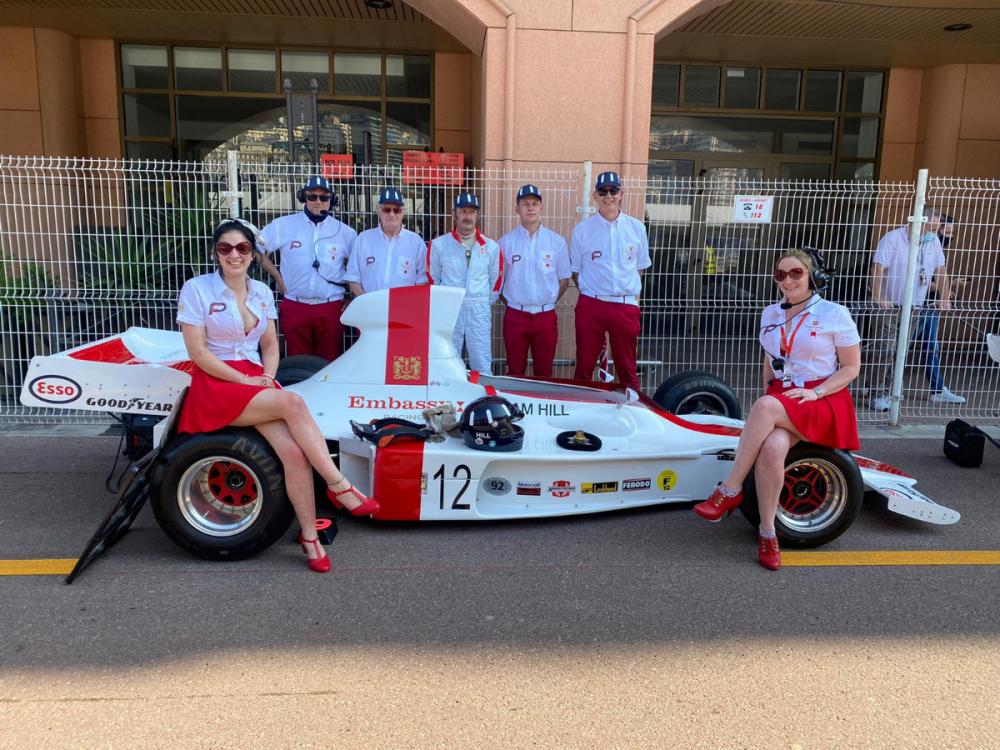 Ewen, team AVIT and their ex-Graham Hill Shadow DN1 F1 car
So, team AVIT enjoyed a superb start to what was a bright and sunny morning in Monaco and, after the traditional, if slightly revised post race celebrations due to COVID restrictions, attention turned to their second race of the day which was scheduled to start at 15.05 local time and was due to have a duration of 18 laps or 45 minutes. Ewen’s steed for this encounter was rather different to his Maserati, being an equally beautifully prepared 1973 Shadow DN1 which Graham Hill had competed in, but there was some legendary opposition amongst the entries in the form of Ferrari F1 winners Jean Alesi and René Arnoux in a pair of 1974 Ferrari 312B3s originally campaigned by Niki Lauda and Clay Regazzoni plus triple Le Mans winner Marco Werner.

This race was going to be an altogether different challenge for Ewen than his earlier success in the Maserati after he had qualified at the back of the grid and 14th in his class. Alesi had gone second fastest behind the German polesitter Werner in his Lotus 77, whilst Arnoux had crashed out exiting the Tabac harbourfront lefthander after setting the 11th quickest time and failed to make today’s eagerly awaited encounter. 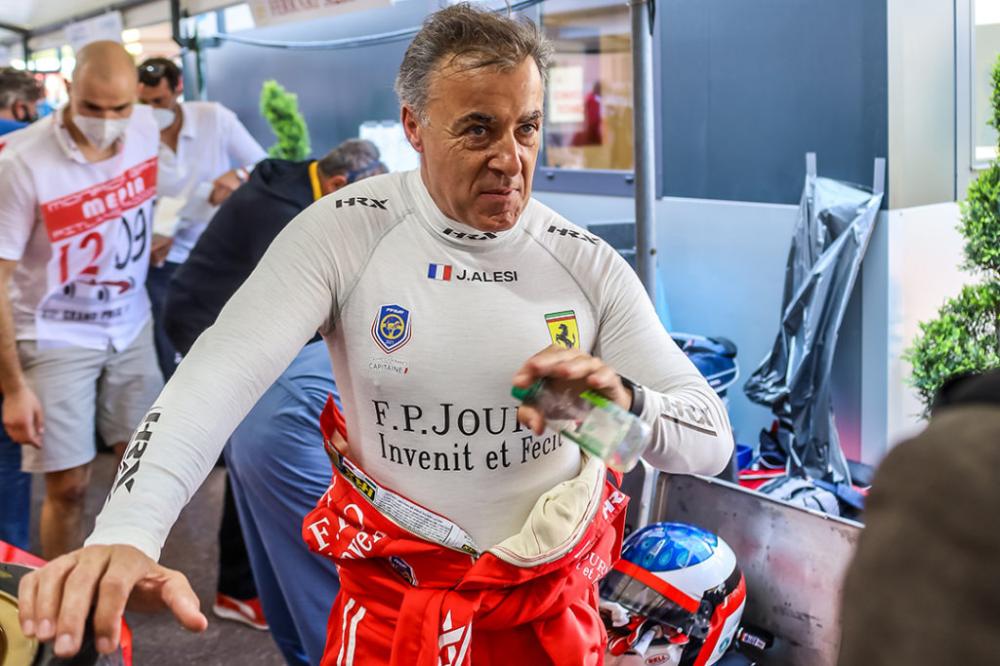 Former F1 driver Jean Alesi enjoyed most of his Monaco weekend
What a glorious sight and sound the cars made as they lined up after their formation lap, ready for the race start, with Ewen this time wearing a helmet sporting Graham Hill’s famous London Rowing Club colours and design. Ewen stayed out of trouble and finished 12th overall and 11th in class after late red flags caused by Piero Lottini shunting his Surtees TS19 into the barriers exiting Casino Square, but the race was all about an edge-of-the seat battle out front between Alesi and Werner which ended in controversy.


Also by Graham Read...
The Pandemic Forces Further F1 Calendar ChangesA 100th Pole And A Sixth Spanish Victory For HamiltonHamilton Extends His Championship Lead In Portugal﻿F1 Approves Sprint Races At Three 2021 Grands PrixVerstappen Sublime At Incident Packed Imola
Alesi made a superb start and led poleman Werner into the St Devote righthand link for the first time. For the next 15 laps it brought memories flooding back of the closing stages of the 1992 Monaco Grand Prix when Ayrton Senna resisted intense pressure from a clearly faster Nigel Mansell as Alesi, in a slower car than the chasing Werner, managed to keep his constant advances at bay. However, as they accelerated away from the Antony Noghès final corner at the end of the 15th tour Werner made contact with the rear of Alesi’s leading Ferrari and significant impact for the latter into the start-finish straight wall instantly ended his race. Werner, with front wing damage, drove on to claim what he thought was victory ahead of British driver Michael Lyons in his McLaren M26 and the third placed March 761 pedalled by France’s Julien Andlauer. After a short delay Werner was clearly unhappy when the stewards awarded him a time penalty for the Alesi collision, which demoted him to third place, and he refused to join his opponents on the podium. To compound matters Lyons also then placed his winner’s trophy on the front wing of third placed Werner’s car. An unfortunate end to what had been a thrilling encounter. 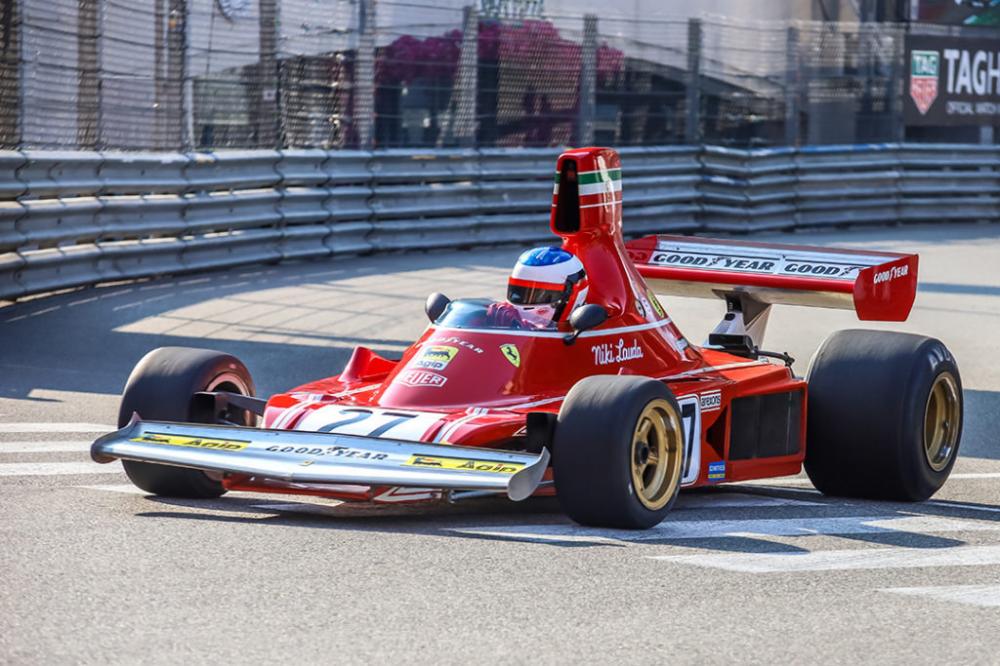 Alesi in action in his Ferrari 312B3
Still, Ewen and his small AVIT Motorsport team from Yorkshire must have been delighted to emerge with a podium trophy and great memories of a thrilling weekend competing in Monaco, something which so many racing drivers fail to ever achieve.

Running this truly international event in still very difficult times was a real credit to the organising Automobile Club de Monaco and all the teams who competed as well as all those in supporting roles such as the marshals and its slick operation bodes well for the forthcoming Monaco E-Prix on 8 May and then the 78th Formula 1 Monaco Grand Prix on 23 May. The Grand Prix de Monaco Historique event is usually held biennially, but will next take place again in 2022. 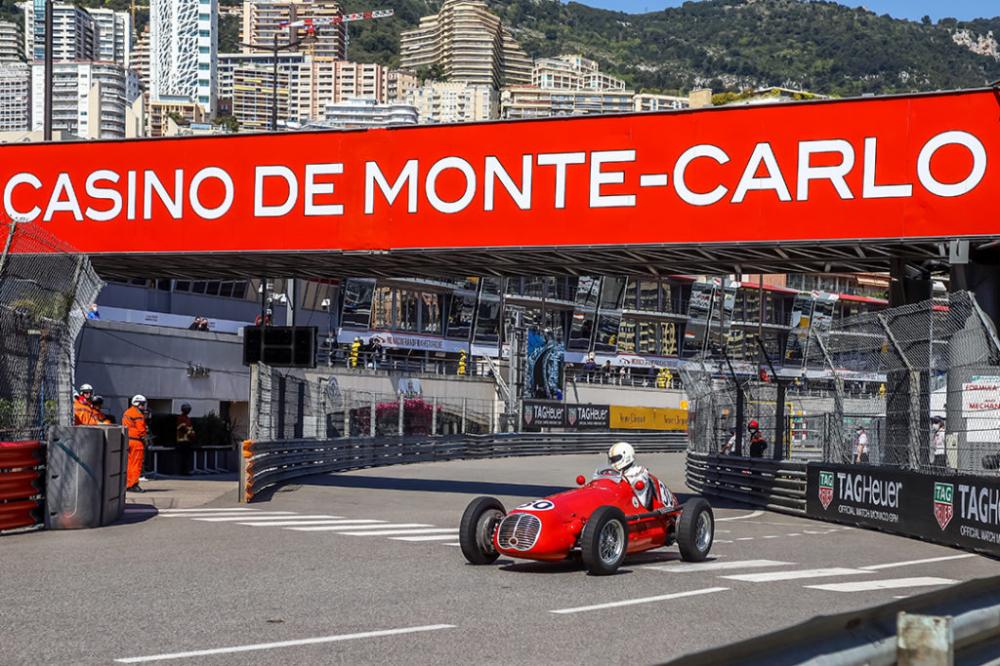