Don't Get a False Impression of Jeffrey Archer 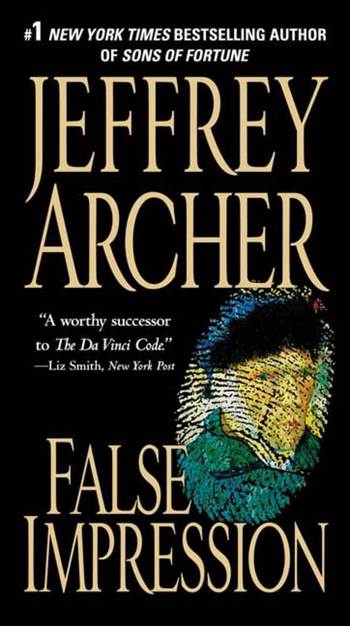 So opinion is probably divided about Jeffrey Archer’s books. I first read Kane and Abel (Archer’s third novel) about thirty years ago,and, along with everyone else I knew, marvelled at such a compelling plot. I didn’t have my own copy in those days because the same dog-eared book was doing the rounds of friends.

I went on to read The Prodigal Daughter and was intrigued less by the plot (though obviously the American Dream lives on and anyone can achieve anything in that land of opportunity) than by the intricacies of the American system of electing a President, which I had to admit, I had never really understood (and please don’t ask me to explain it, now!). The man clearly knew his stuff. 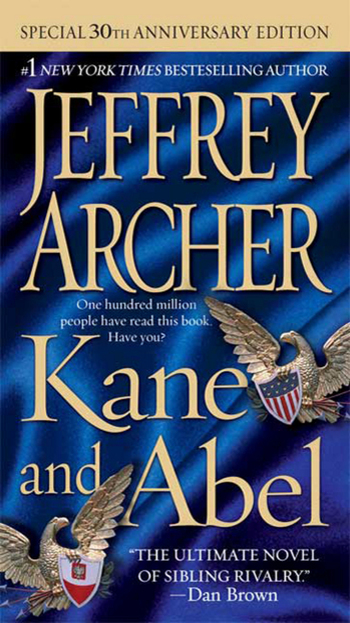 I went on to read several more of his books but few matched the quality of that first novel. I was also put in my place when my boss - a marvellous woman with a very astute brain who would frequently listen intently, allowing you – well, me! - to unwittingly dig a trench six feet deep before tilting her head to one side and saying, ‘Do you really think so?’. There was no point arguing, I knew I had already lost the battle before she returned every shot with infinite precision. This lady asked me to recommend an author - she needed something new to get her teeth into. I mentioned Archer and she took me up on my suggestion and read the somewhat trite Not a Penny More, Not a Penny Less, followed by a short story collection, A Quiver Full of Arrows. Easy reading, bit of fluff and certainly not to Mary’s literary standards. ‘Don’t ever recommend a book to me again,’ she said and to give her her due, she never asked. My plaintive, ‘But I meant you to read Kane and Abel’ went ignored, and for me, so did Archer for quite some time thereafter – we’d both been (unfairly) put in our place. Now, some thirty plus years later, I have just heard about his latest offering (published November 2018), Heads You Win, said to be a match for Kane and Abel, and I hope to enjoy it when I get hold of a paperback copy (to match the rest on the shelf, of course). Meanwhile, Mum (those of you who read my reviews will know of her) by coincidence, had a copy of Archer’s False Impression which she had ‘quite enjoyed’. I thought it was time to give him another go.


Also by Artis-Ann ...
The Best And The Absolute Worst: The Dressmaker’s Secret By Lorna CookCrimson Soil: Only Killers And Thieves By Paul HowarthHappy And Glorious!Ordinary Evil: A Spoonful Of Murder By J. M. HallSenoy, Sansenoy And Semangelof: When I Close My Eyes By Jemma Wayne
I enjoyed it! A little sugary at the end but it interweaves the twin towers, a clear knowledge of art history, a suitable villain with female assassin (no gender stereotyping), a bit of English aristocracy, a fine country house (I know it - the touristy bit at least), and some all-American FBI. The ends are not all tied up until ‘the fat lady sings’, keeping you engaged to its conclusion.

As I have got older, I have come to realise - or rather admit - that you can enjoy the most erudite of compositions alongside a jolly good yarn which doesn’t require very much concentration. After all, each to his own and the world would be a poorer place if we all liked the same thing. I enjoy the temporary escapism books offer, and love their variety – this is just another example.

False Impression is published by Macmillan