Driving Home For Christmas: Motorists Warned To Watch Out For 'Crash For Cash' Fraudsters

With riskier road conditions over the holiday period, the Insurance Fraud Bureau (IFB) is warning motorists to be extra vigilant of ‘Crash for Cash’ fraudsters attempting to cause deliberate collisions and profit from bogus insurance claims. 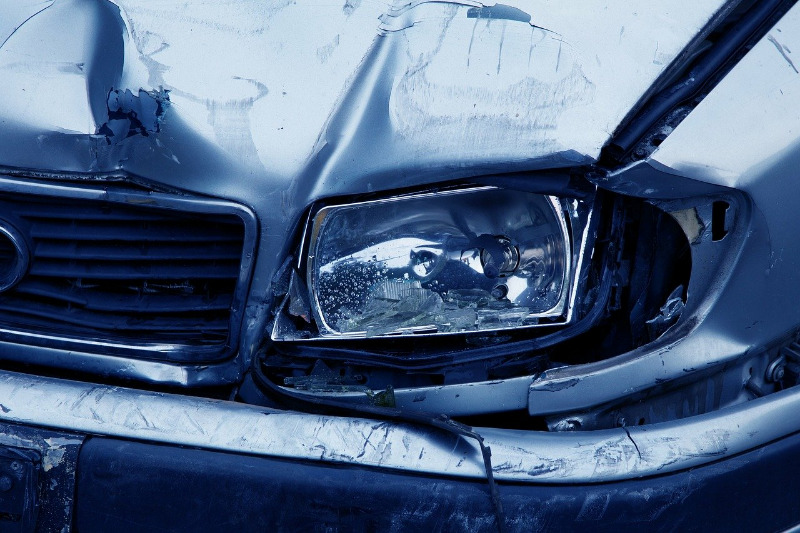 The IFB has helped to shut down hundreds of ‘Crash for Cash’ scam networks and is providing comprehensive guidance on how drivers can protect themselves from the wide range of tactics used by fraudsters (public advice video included).

Suspected insurance fraud can be reported to the IFB via their Cheatline service (operated by Crimestoppers) on 0800 422 0421 or online.

The Insurance Fraud Bureau (IFB) is warning motorists to be extra vigilant while driving over the holiday period amidst concerns ‘Crash for Cash’ fraudsters may attempt to exploit the adverse winter road conditions and cause deliberate collisions.

‘Crash for Cash’ is a term used to describe criminals who deliberately cause road traffic collisions for financial gain. By using dangerous and misleading driving manoeuvrers, fraudsters are known to lure innocent motorists into a collision, leaving shaken drivers appearing at fault and scammers in a position to make bogus insurance claims for financial compensation.

With increased traffic levels and wet and icy roads expected over the holiday period, the IFB is urging motorists to be extra cautious while driving as these adverse driving conditions may be exploited by fraudsters looking to commit ‘Crash for Cash’ offences.

The IFB is a not-for-profit organisation that tackles organised insurance fraud on behalf of the insurance industry and has worked with UK police to detect and disrupt hundreds of cases of organised criminal groups from committing ‘Crash for Cash’ since its inception in 2006.

Through its investigations the IFB has seen countless numbers of people suffer inconvenience, expense and even injury from orchestrated motor collisions. Worse, in some instances, people have been killed.

The economic impact of ‘Crash for Cash’ is also significant. The IFB estimates 10% of personal injury claims are linked to suspected ‘Crash for Cash’ cases costing insurers a staggering £340 million a year, which is ultimately added to the cost of honest motorists’ insurance premiums.

“Over the years we’ve investigated hundreds of ‘Crash for Cash’ networks and it’s sad to see the appalling lengths these fraudsters go to for financial gain. We’ve seen a number of innocent motorists seriously injured and, in some instances, killed, all in the pursuit of fraudulent insurance claims. We ask that motorists remain vigilant over the holiday period and report any suspicions of insurance fraud to the IFB via our Cheatline service on 0800 422 0421.” – Stephen Dalton, Head of Intelligence and Investigations at IFB

‘Crash for Cash’ often sees fraudsters attempt to cause collisions by slamming their brake at busy junctions or roundabouts in hope that the driver behind will not be able to stop in time. In some instances, the fraudster works with a ‘decoy’ vehicle in front of them. By having the decoy in front drive erratically or suddenly brake and drive off, the fraudster behind can brake sharply to cause a collision while diverting suspicion to the vehicle that left the scene.

Pretending To Give Way

‘Giving way’ is also a concerning causal factor in ‘Crash for Cash’ scams, where fraudsters either encourage unsuspecting motorists to pull out of a side road or remain stationary until they creep forward for a clearer view of a junction, then deliberately drive into them.

To help motorists protect themselves from falling victim to ‘Crash for Cash’ scams the IFB has compiled some essential advice:

Always keep a good distance between your vehicle and the one in front to reduce the chance of a collision when slowing down to stop. According to the DVSA (Driver and Vehicle Standards Agency) the time required to safely stop is:

In adverse weather conditions remember to only drive if your journey is essential.

It’s also important to pay close attention to the vehicle ahead and not focus only on its lights as some fraudsters have been known to disable brake lights when attempting ‘Crash for Cash’.

Always drive as safely as possible and stick to the rules of the highway code.

Look ahead to spot any potential hazards which includes road users’ behaviour. If you see activity that looks risky or suspicious from other drivers, their passengers or the condition of their vehicles (such as rear dents), stay calm and keep back. Suspected insurance fraud activity can be reported to the IFB.

What to do if you think you’ve been targeted

Do not confront the other driver or other passengers if you believe you’ve been scammed as it may put your safety at risk. Continue as normal and exchange your details as legally required.

Note as much information as possible about the driver, any passengers and circumstances of the collision. This can include written information, pictures, dashcam footage and noting any CCTV in the area.

Contact your local police force to report your suspicions and then contact IFB’s Cheatline on 0800 422 0421 or at www.insurancefraudbureau.org so the bureau’s investigations team can review your evidence.

The Insurance Fraud Bureau (IFB) was established in 2006 as the insurance industry’s central hub for sharing organised fraud intelligence.
Initially focused on tackling organised motor fraud, the IFB’s remit has been extended in recent years to detect fraud in other product lines, including property and liability.
The IFB is listed as a Specified Anti-Fraud Organisation (SAFO) in section 68 of the Serious Crimes Act 2007.
As the insurance industry’s central hub for gathering and sharing fraud intelligence, the IFB holds controlled intelligence sharing agreements with insurers, brokers, law enforcement agencies, public/private sector stakeholders and regulators.
Since its inception in 2006 IFB’s investigations have led to over 1,250 arrests and more than 650 convictions coming to a total of nearly 600 custodial years in prison.
The IFB’s Cheatline, a telephone service managed by Crimestoppers and a secure online form, enables members of the public to report insurance fraud anonymously.