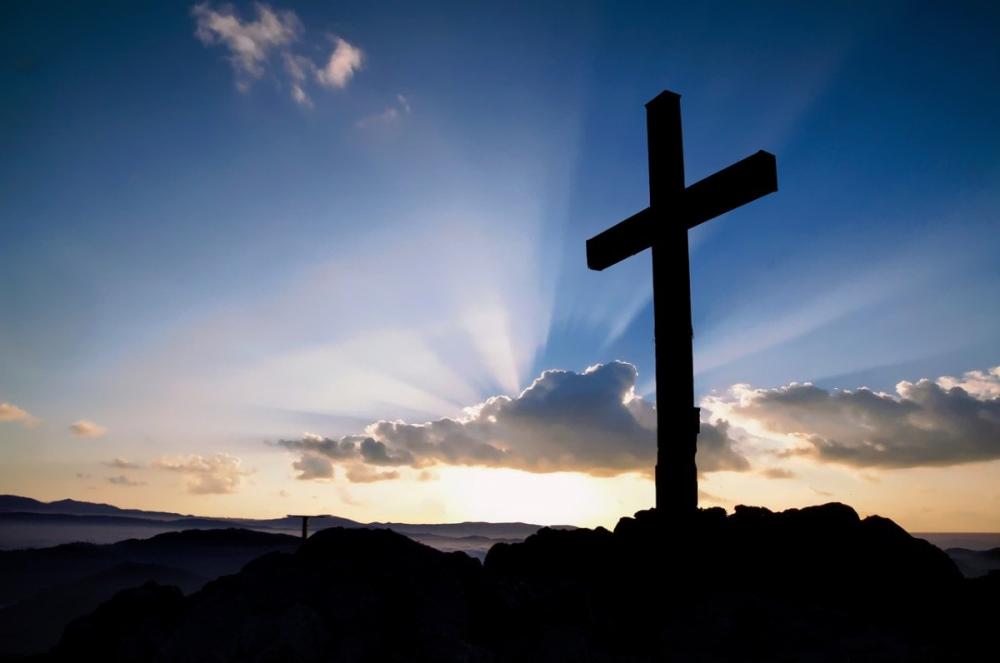 Christians celebrate Holy Week and Easter to mark the most significant event in human history: the life, death, burial and resurrection of Jesus Christ.

This event is recorded in the New Testament and happened on the third day after Jesus was crucified by the Romans at Calvary, on the day we now call Good Friday.

The resurrection represents the triumph of good over evil, sin, death and the physical body.

The origin of the word ‘Easter’ 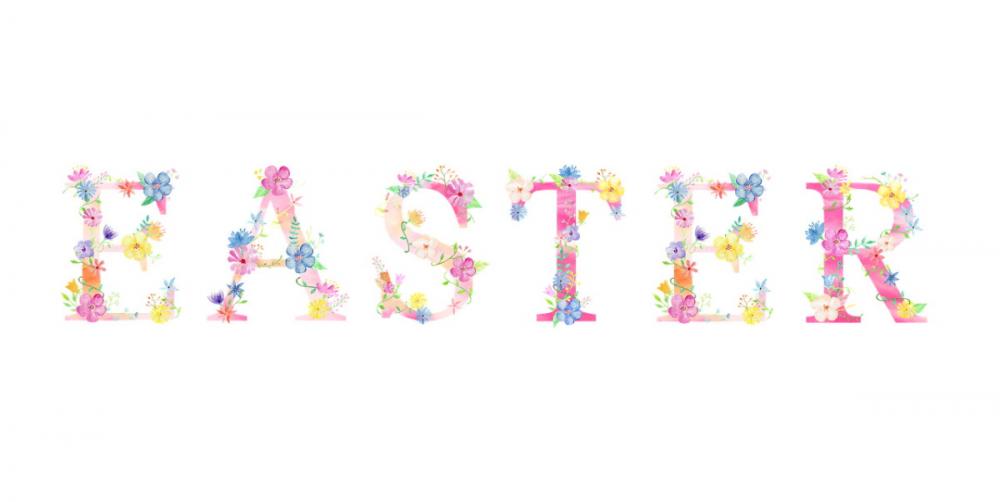 The naming of the celebration called 'Easter' could go back as far as the two old pagan spring festivals, the old European pagan festival of 'Ostara' that celebrated new life and the Arabian Sun festival of 'Ishtar'. Another theory is that ‘Easter’ was derived from Eostre, the Anglo-Saxon goddess of spring and fertility.

Because the Church calendar follows the moon, Easter Day can be on any Sunday from March 22 to April 25.

Why the Easter Egg?

The association of Easter with eggs is so ancient that no one knows its origin. But eggs are a symbol of new life and Easter Sunday is the day that Jesus rose from the dead. This miracle showed that life could win over death. 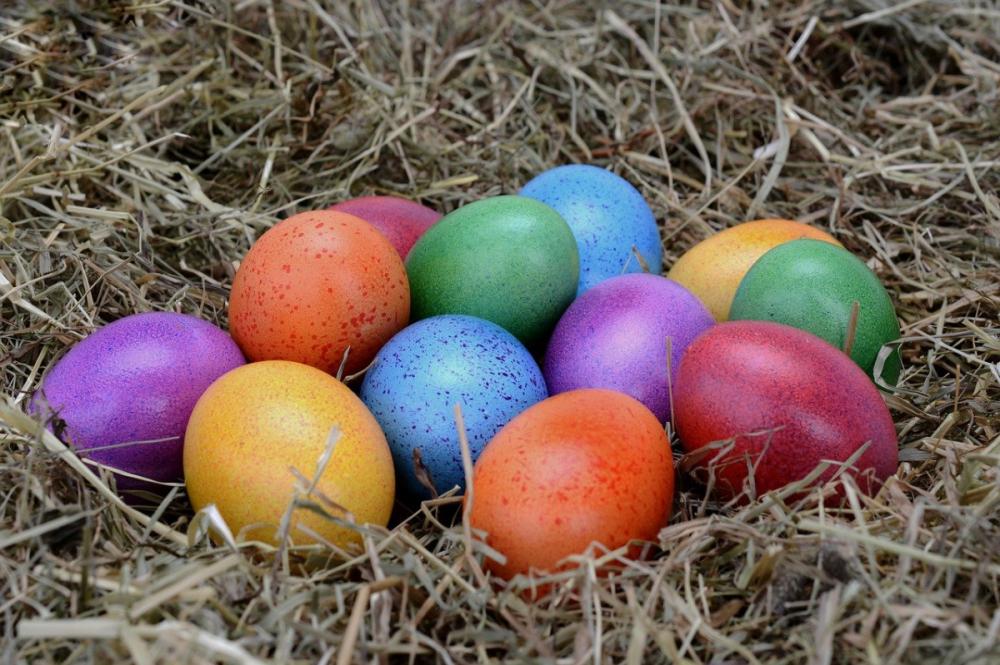 For Christians the egg is a symbol of Jesus' resurrection and cracking open the egg is a sign of the empty tomb. It is also a sign of new life as chicks hatch out of eggs.

The tradition of decorating hard boiled eggs by painting or dyeing is an Easter tradition which dates back to the 13th century. One reason for this is that eggs were a forbidden food during Lent and so people would paint and decorate them to be eaten at Easter as a celebration.

Christians of the Eastern Orthodox Churches still practice this today, often favouring red because it is the colour of life-blood. Christians who fasted during Lent, the weeks leading up to Easter, did not eat eggs during that time, so there were plenty spare. 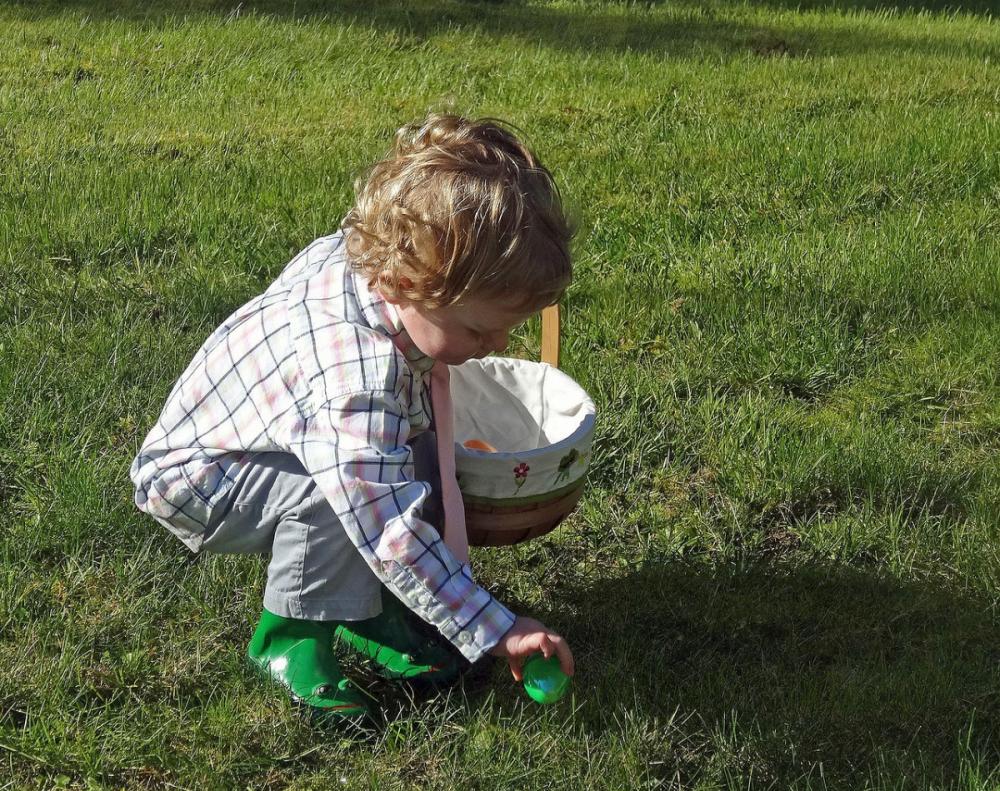 Chocolate eggs are said to have originated in France and Germany in the early 19th century but here in the UK it was J. S. Fry & Sons Limited who produced the first chocolate egg in 1873.

In some countries parents tell their children that the Easter bunny has hidden chocolate eggs and so an Easter egg hunt takes place around the house or garden. Rabbits have been associated with springtime since ancient times.

The story of the Easter bunny is thought to have become common in the 19th Century. Its origin can be traced back to 13th Century, pre-Christian Germany, when people worshiped several gods and goddesses, specifically the festival of Eostre - a goddess of fertility whose animal symbol was a bunny. 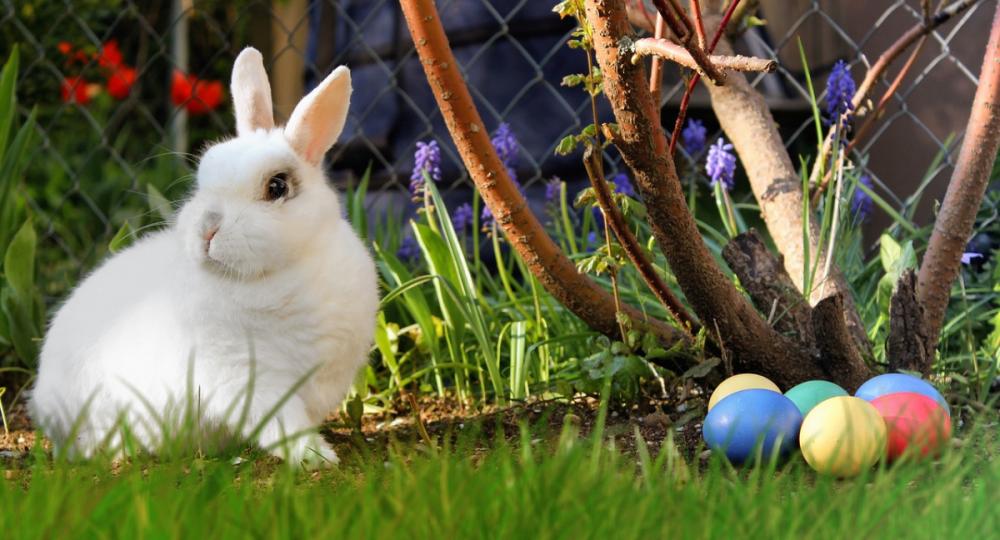 According to some sources, the Easter bunny first arrived in America in the 1700s with German immigrants who settled in Pennsylvania and transported their tradition of an egg-laying hare.

Rabbits and lambs have been associated with springtime and new life since ancient times. This is possibly because most baby rabbits and lambs are born in the spring around Easter.

The Bible refers to Jesus as 'the Lamb of God'. This is because lambs were used in the Jewish faith as a sacrifice for people's sins and wrong doings. Christians believe that Jesus became the sacrificial lamb for everyone.


Famous Easter quotes
The Earth laughs in flowers." — Ralph Waldo Emerson
"Our Lord has written the promise of resurrection, not in books alone, but in every leaf in springtime." – Martin Luther King Jr.
"Easter spells out beauty, the rare beauty of new life." – S.D. Gordon
“Easter is meant to be a symbol of hope, renewal, and new life.” — Janine di Giovanni
“Easter is a time to rejoice, be thankful, be assured that all is forgiven, so life extends beyond the soil of the earth.” — Byron Pulsifer

On Good Friday Christians remember that Jesus died for everyone. He was crucified by the Romans on a hill outside Jerusalem even though he hadn't done anything wrong.

In AD 325 Constantine issued a decree at the Council of Nicaea, that the cross would be the official symbol of Christianity. This was after he converted to Christianity and abolished crucifixion as a punishment.

The cross is one of the earliest and most widely used Christian symbols reminding people of the crucifixion of Jesus Christ. It has now become a symbol for Christians everywhere.

Along with Christmas, Easter is one of the most important times in the Christian calendar. 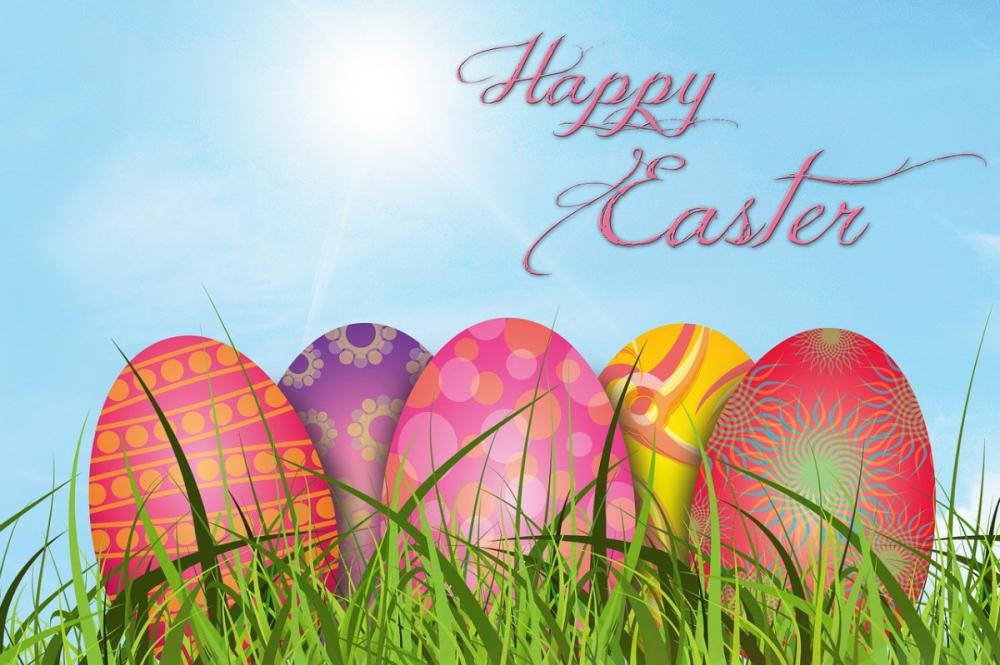 Also by Jan Harris...
The Sturgeon Moon Is The Last Supermoon Of 2022Summer Cocktails To EnjoyYorkshire Day - God's Own CountyAnother Supermoon In JulyWorld Chocolate Day 2022
More in this series...
Pentecost – The Birthday Of The ChurchWhat Is Passover Or Pesach?Easter Traditions: Good FridayCelebrating Easter Around The WorldEaster Traditions: Maundy ThursdayEaster Traditions: Palm SundayWhy Do We Eat Pancakes On Shrove Tuesday?