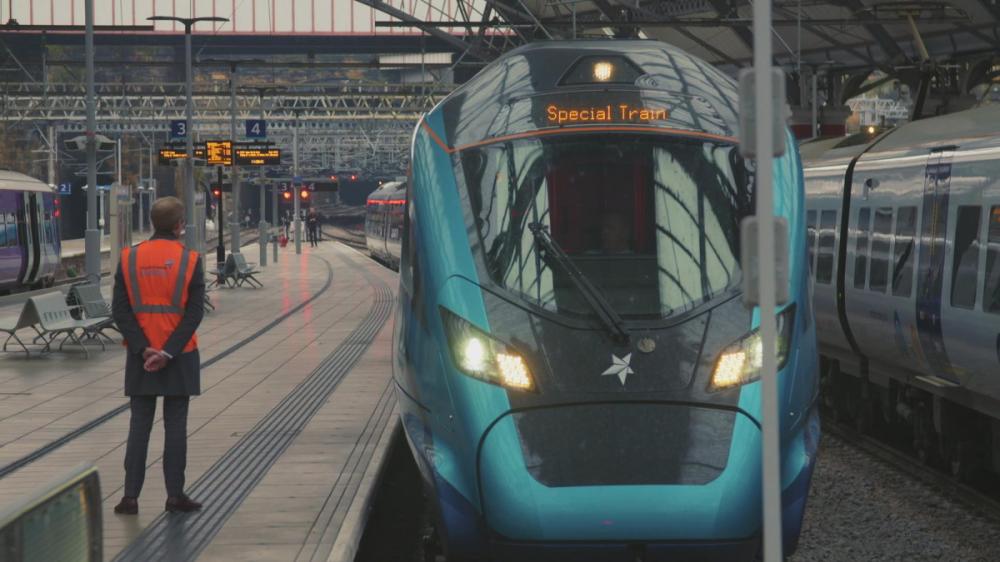 The next instalment in the series sees Storm Ciara bring havoc to the TransPennine Express network, blocking lines and stranding customers. With 80-mile-an hour winds battering the railway, flooding and trees falling down on the tracks across the North, Head of Customer Experience Change Adam must rescue stranded customers and try to find other ways home for travellers across the network.

The episode will also show British Transport Police officers Tom and Chris working a weekend night shift which can be the most demanding of the week. The two officers are on patrol in the roving response car when they’re called to Stockport station and asked to deal with a group of young men who were ordered off of a train, and are refusing to leave the station.

In Hull, station supervisor Dave has the challenge of putting 20 trains to bed at the station – but all in the right order, so that they can run smoothly out of the station in the morning and he needs to work out his plan while also dealing with late-night passengers who seem reluctant to take the last train home.

The episode will also show thousands of football fans swamping the network, and conductor Jess has a crowd of Scunthorpe fans on her service, fortunately they’re in good cheer.

Finally, in the control room, Duty Control Manager Ann has to deal with a broken-down train. She’s tracked down a replacement unit but can’t find a conductor for it, until she sends conductor Patricia in a taxi down the M6 in a bid to get the replacement train away on time.

Liz Collins, Interim Managing Director at TransPennine Express, said:
“The reaction to the series so far has been fantastic to see and we’re excited to give our customers and regular commuters a further insight into the inner workings behind our operation in episode two.

“Storm Ciara was dubbed ‘storm of the century’ and it certainly brought chaos to the TransPennine network, so I’m sure viewers will be interested to see how it impacted us and how we dealt with the crisis.”


The second episode of The Railway 24/7, made by Blast! Films, will be aired on Wednesday 17 June at 9pm on Channel 5.