Erasure - Making A Mark In Manchester 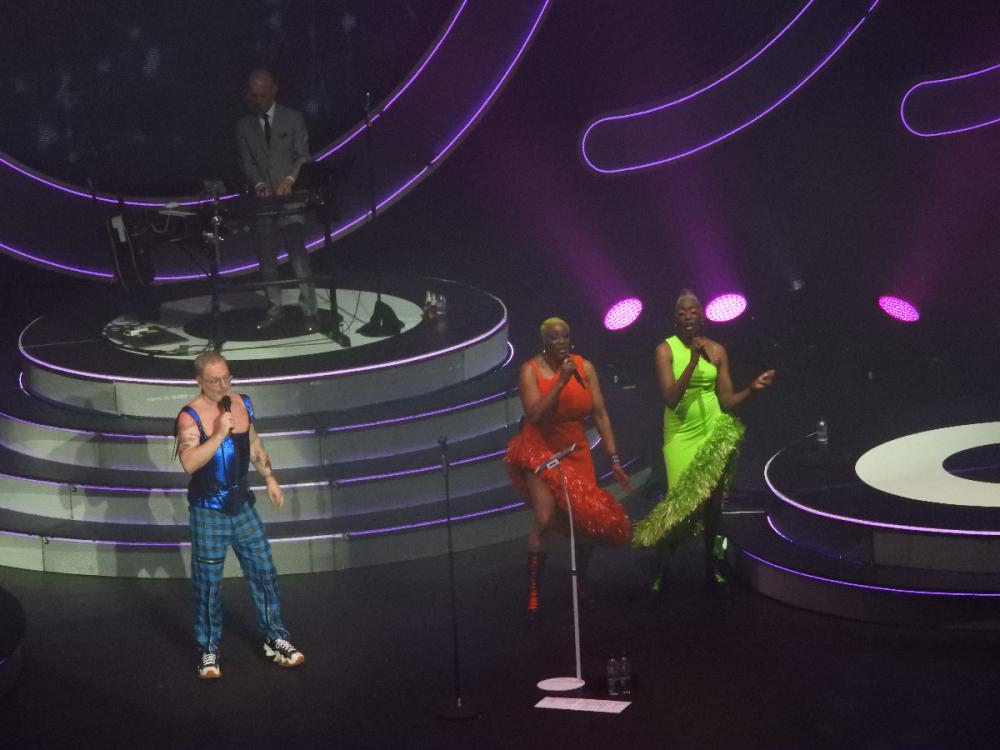 Erasure could have easily filled a bigger venue in Manchester such is their popularity, instead Andy Clarke and Vince Bell decided upon playing two consecutive nights at the more intimate 02 Manchester Apollo.

Whilst many acts from the mid 80’s are happy to play tours with other acts from that era, Erasure is still recording and releasing music.

The current tour is in support of their 18th album The Neon, naturally the stage set is built around a neon theme. 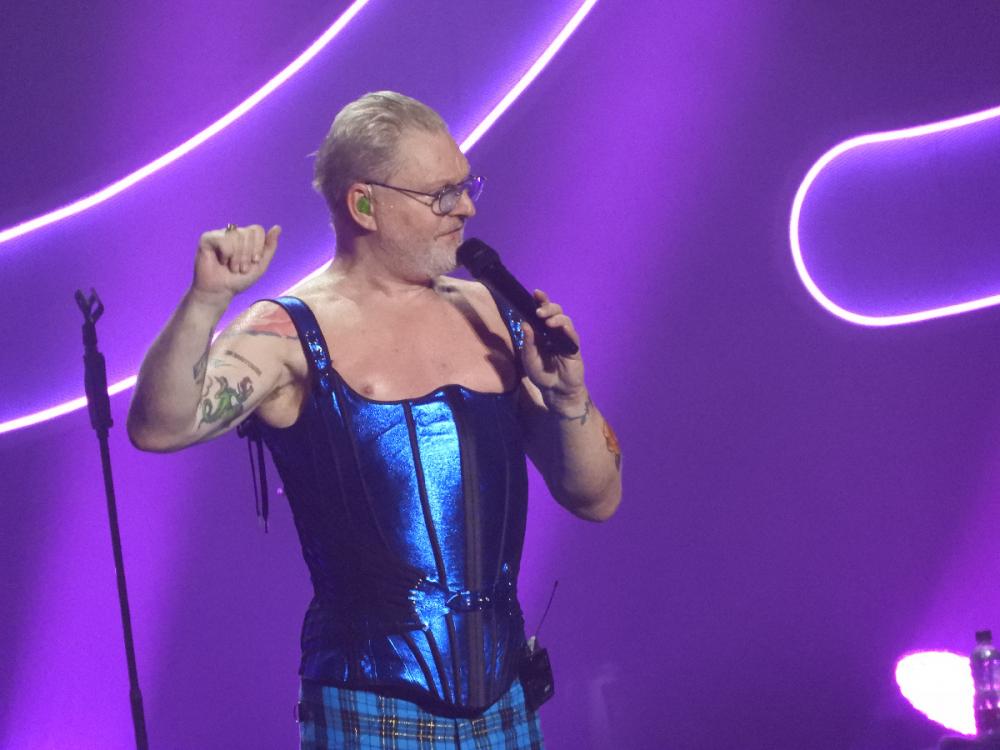 As the theme music to cult TV series Joe 90 blasts out of the speakers, images from the show are projected onto a screen as the duo walk on stage accompanied by two backing singers who wear multi-coloured coats. It made for a dramatic entrance.

Wearing a blue corset and checked trousers, Andy Bell always dresses up for the occasion and tonight was no exception. His flamboyance is part of the magic that makes Erasure the act it is.

Whilst the visuals may have been appealing, the sound at times seemed to be turned up too loud for the size of the venue with the whole circle literally vibrating with the density of the bass. Sometimes less is more. 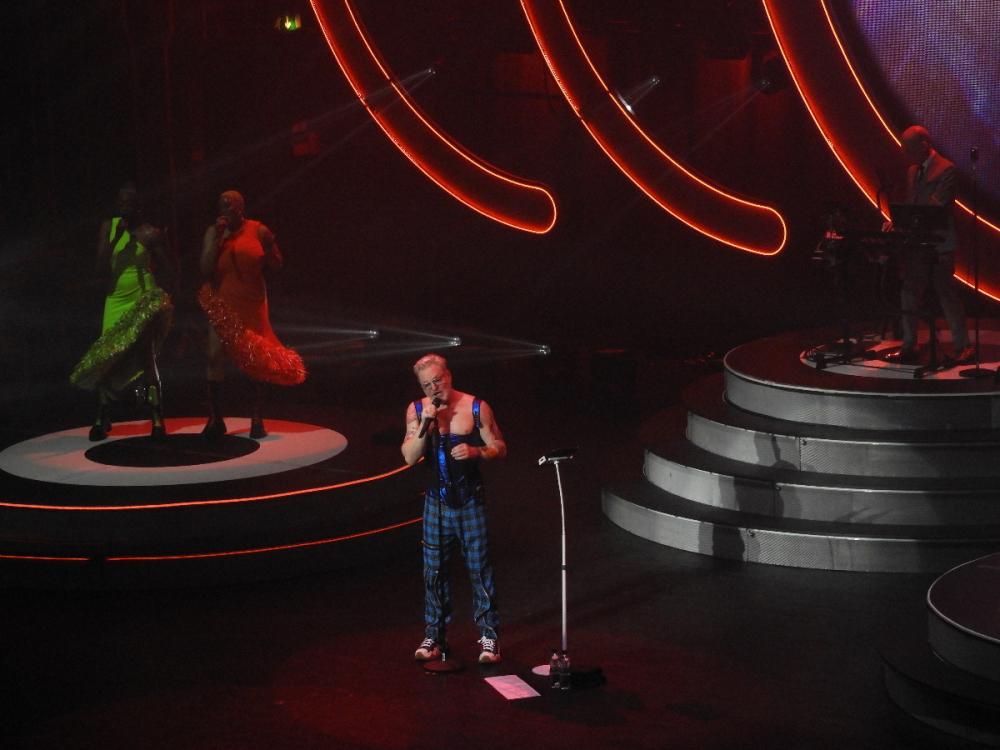 Wisely the hits were scattered across the set list allowing newer tracks off the last album to be heard. Hey Now (Think I’ve Got A Feeling) has all the hallmarks of a classic Erasure song though by the time they got to Who Needs Love Like That it was back to the songs that first brought them fame.

As the heat from the sold out audience translated to the stage, Bell hands Vince Clarke a pair of scissors and asks him to cut him out of his corset as he then puts on a yellow T Shirt as the audience roar with approval.

The inclusion of the Eurythmics hit, Love Is A Stranger was unexpected, apparently the band were the first act Andy Bell saw live as he explained.

From then on it was a shower of hits as Always sounded magnificent, Stop! had the fans doing the famous hand routine that accompanies the hit whilst Victim of Love sounded as fresh as it did when first released.

Rainbow coloured confetti fired from cannons at either side of the stage as A Little Respect closed a rousing, if somewhat loud night. As pop classics go though, they don’t get better than this.
Also by Graham Clark...
School Of Rock – In A Class Of It’s Own At The Alhambra, BradfordLevel 42 - Levelling Up In York But Johnny Still Hates JazzJarrod Lawson - Leads The Change In LeedsBreak For The Border - The Scottish BordersAlbum Review: Coldplay – Music of the Spheres