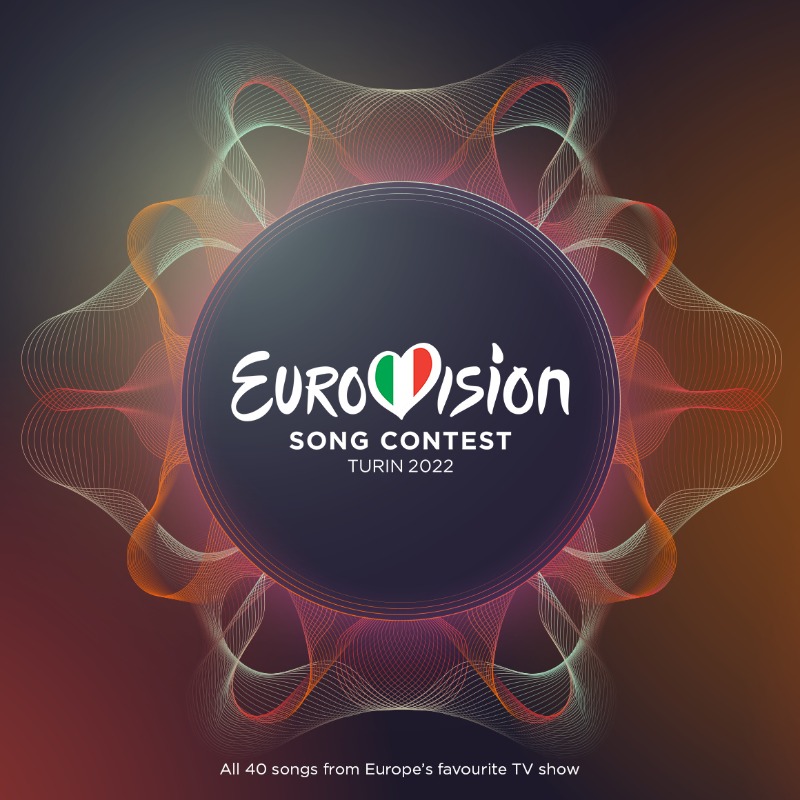 The Eurovision Song Contest returned last year following a Covid driven absence in 2021. To say it returned in a blaze of glory would be an understatement. Hosted by The Netherlands following the epic Duncan Laurence win of 2019, the night (and the remainder of 2021) belonged to Italy's irresistible Måneskin.

With Turin securing the winning bid to host this year, all the entries have now been collated and the countdown to the first semi-final on May 10th has begun. Which leads us to the new compilation release to celebrate The Eurovision Song Contest 2022. Can it stand up against 2021's - the year that not only gave us Måneskin, but also Go_A, Gjon's Tears and Stefania?

Perhaps the most loaded question first... Have the UK summoned the energy to find an entry who could overcome the plight of James Newman's disastrous showing last year?

Having turned to Tik Tok icon Sam Ryder, it is fair to say that they may just have found a chance to score a fair few points. With an epic pop feel that is somewhere between Sir Elton John and Katrina & The Waves, the song is credible, memorable and very listenable. Fingers crossed it can finally deliver the UK to the top half of the scoreboard...

And what of the remaining 39 entries? There are obvious contendors for the crown, some probable non-qualifiers and an epic novelty pop song that is destined to be your song of the summer.

Let's start with the latter... Norway's Subwoolfer, who are speculated to either be 90's boyband a1 or What Does The Fox Say? One hit wonders Ylvis, deliver a pure pop treasure. Give That Wolf A Banana could be deemed a guilty pleasure, but we urge you to just embrace it's addictive nature and admit your unashamed love for it.

Without quite the same level of pop pleasure is Serbia's In corpore sano. Quirkily delivered by Konstrakta, this will either steal hearts or sink without a trace.

Now for the non-qualifiers... As painful as it is to say this, these will no doubt be North Macedonia's Andrea, Montenegro's Vladana, Switzerland's Marius Bear and Bulgaria's The Intelligent Project. All three deliver solid songs that within a different setting would shine, but without striking staging, they may struggle. Both Vladana and Andrea's vocal presence may see them knock someone out of the running though, as in the acoustic recordings of both, they show that they have some force behind their vocals.

At the other end of the race are four probable winners, with several other notable mentions vying for a place in the Top 10. Ukraine's Kalush Orchestra build on Go_A's folk driven terrain with the hypnotic Stefania, Spain's Chanel channels Cyprus' Eleni Fourreira for glorious dance moment on SloMo, Sweden's Cornelia Jakobs delivers a Country tinged pop moment that is sure to win the Eurovision hearts. However, it may just be a double win for Italy with the epic ballad Brividi. Returning artist Mahmood teams up with newcomer BLANCO for this beautiful, tender moment.

However, Eurovision is about much more than the winners. While they get their crowning moment on the night, other entries become classics that get celebrated year in and out following. Stand out moments that you need to hear include France's Fulenn (Alvan and Ahez), Czech Republic's Lights Off (We Are Domi), Finland's Jezebel (The Rasmus), Greece's Die Together (Amanda Tenjford), Netherland's De Diepte (S10), Austria's Halo (LUM!X ft. Pia Mia) and Slovenia's Disko (LPS).

All in all 2022 is shaping up to be an exciting year. While previous years have seen a few acts touted for the top, this year could really be anyone's contest.