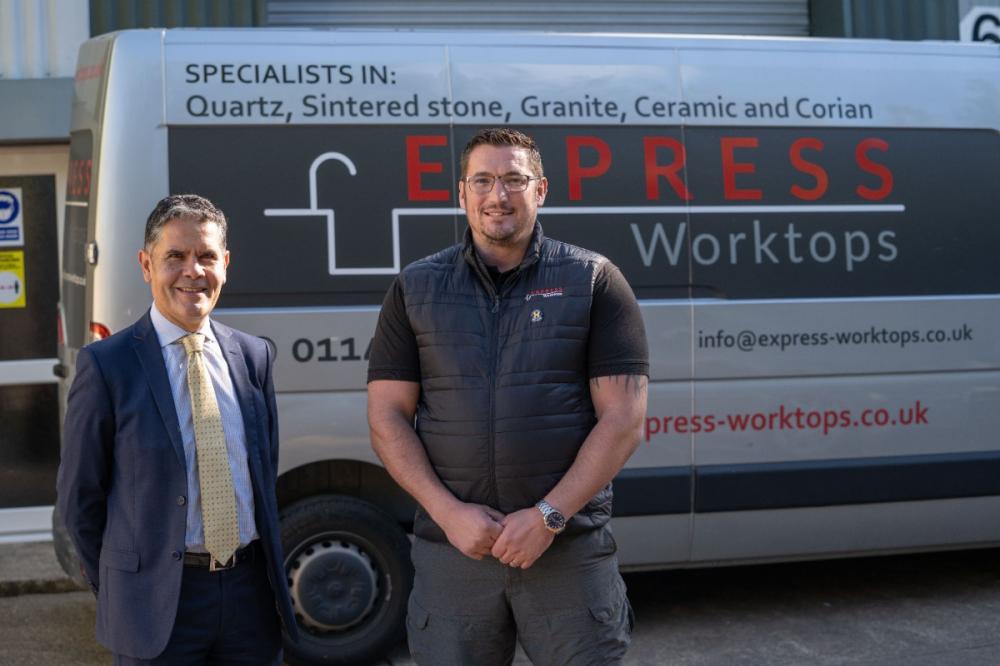 (L-R)Benjamin Cutts & Dave Kippax
A kitchen worktop supplier is on track to double in size over the next two years, following support from Lloyds Bank.

Express Worktops, based in Sheffield, is a manufacturer and fitter of bespoke kitchen worktops, supplying trade clients across the whole of the UK. Its biggest client is MKM Building Supplies, the UK’s largest independent building merchant.

The eight strong team previously acted for a local granite supplier, under the Express Worktops brand, for almost seven years, but the decision to become independent during the pandemic has given Express Worktops the room to grow their client base and increase output significantly.

Within 12 months, Express Worktops had expanded rapidly, buoyed by surging demand for home improvements. To unlock further growth, the team, led by CEO and founder Dave Kippax, took their business plan to Lloyds Bank, and secured a £750,000 invoice finance facility to enable them to take on more, larger contracts. Invoice finance helps bolster firms’ liquidity by allowing them to access up to 90 per cent of the value of unpaid invoices, often within 24 hours.

Now, revenues are set to grow from £4m to £10m over the next two years. Express Worktops is also working to recruit two additional sales managers, an operations manager and a sixth fitting team. 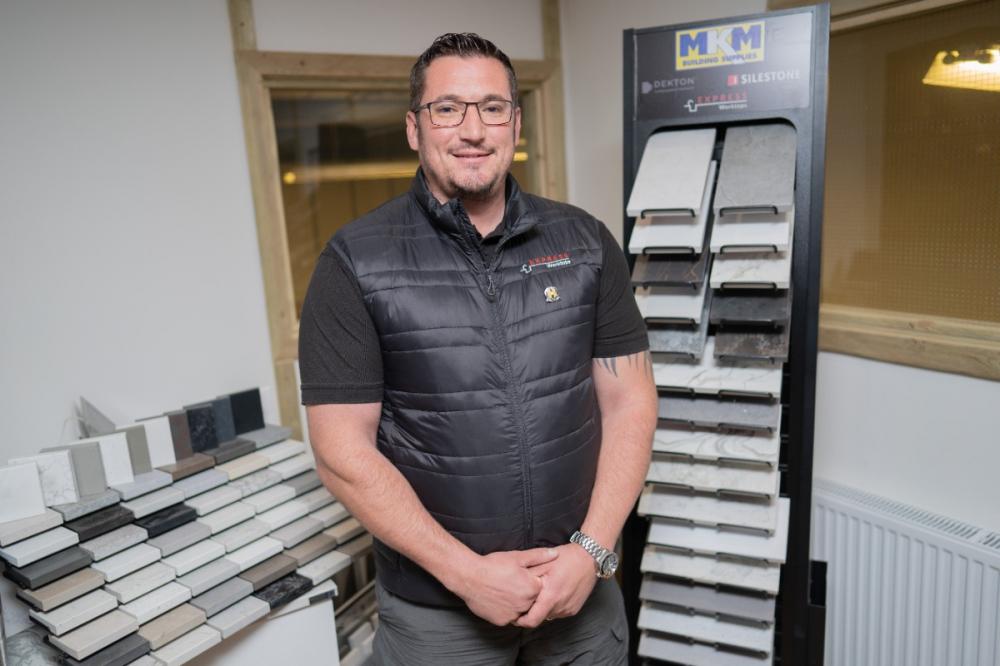 Dave Kippax
Dave Kippax, CEO of Express Worktops, said: “When Covid-19 struck last year, we took the opportunity to go independent and take full advantage of the rapidly expanding kitchens market. Our previous banking partner supported us through our first phase of growth, but we soon reached a point where we needed to free up more cashflow to give us the room to say yes to more jobs, and take on new clients.

“The team at Lloyds Bank have backed us every step of the way – despite being such a young business, they recognised the strength of our track record and our potential for growth, and we are now set to turbocharge expansion over the coming years.”

Benjamin Cutts, relationship manager at Lloyds Bank, said: “Even though they are only a year into independent trading, Express Worktops have already built up an impressive pipeline and a solid foundation for strong growth. We’re excited to partner with them as they tap into demand for home improvement, and an uptick in new housing development".