Eyes To The Skies For Returning Hen Harriers 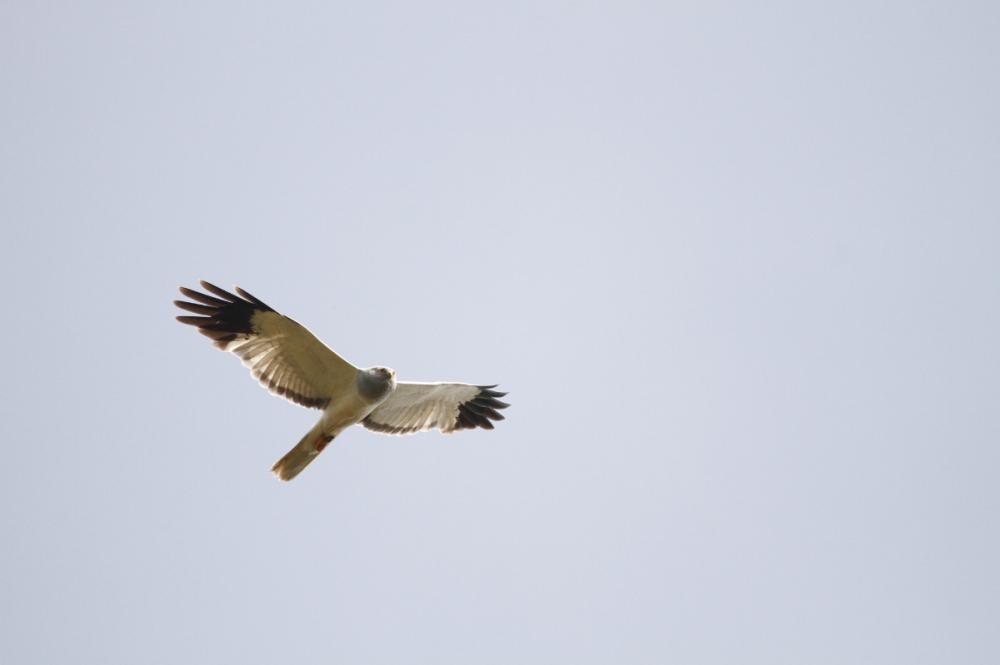 The RSPB is asking everyone to keep their eyes peeled for one of the UK’s rarest birds of prey as they return to their breeding grounds this spring.


Hen harriers are medium-sized birds of prey, similar to a buzzard but with a slightly slimmer appearance, with long wings and a long tail. Female and young hen harriers are speckled brown and cream with horizontal stripes on their tails. The most striking feature is the patch of white at their rump. Males are slightly smaller and pale grey with black wingtips. Both have a round, owl-like face.

As the weather warms up, these birds are becoming more visible as they start their long journeys away from their winter roosting grounds and up to the moors to breed. Hen harriers’ nest on the ground amongst heather or soft rush in the uplands, in places like the North Pennines, Yorkshire Dales and the Forest of Bowland. You maybe even lucky enough to encounter their skydancing display, a dizzying aerial show of rolls and dives, performed by either the male and female to mark their territory and demonstrate their vigor.

Hen harriers are the UK's most persecuted bird of prey relative to its population size and on the brink of extinction as breeding bird in England. There were only 19 successful nests in England in 2020, though there is food and habitat to support over 300 hen harrier pairs.

Jack Ashton-Booth, RSPB Investigations Officer, said: “We are calling on the Great British public to email our Hen Harrier Hotline if they believe they’ve seen a hen harrier. This helps us build a picture of where these birds are. Please don’t hesitate to contact us if you see them in England, Wales or Scotland. We welcome any sightings and appreciate your time.

“Hen harriers are beautiful and elusive raptors and, unlike peregrines and kestrels, they are rarely seen in urban environments. So if it’s perched on your fence, it’s probably a sparrowhawk, if it’s in a tree by the roadside, it’s probably a kestrel or a buzzard… but if it’s over rough pasture or moorland, and matches the description above, then you might have seen a hen harrier.

“Sadly hen harriers are a long way from reaching a healthy, self-sustaining population, and this is largely down to persecution by humans. Particularly where land is managed for the purpose of driven grouse shooting, natural predators like hen harriers can be viewed as pests and, despite being legally protected, the shooting, trapping and poisoning of hen harriers is a serious and ongoing problem.”

Please include the date, time, location/grid reference and a description of the bird.