With the opening eight races of the 2020 season either postponed or cancelled, Formula 1 has sought to fill the void by introducing a series of online Esports Virtual Grands Prix. 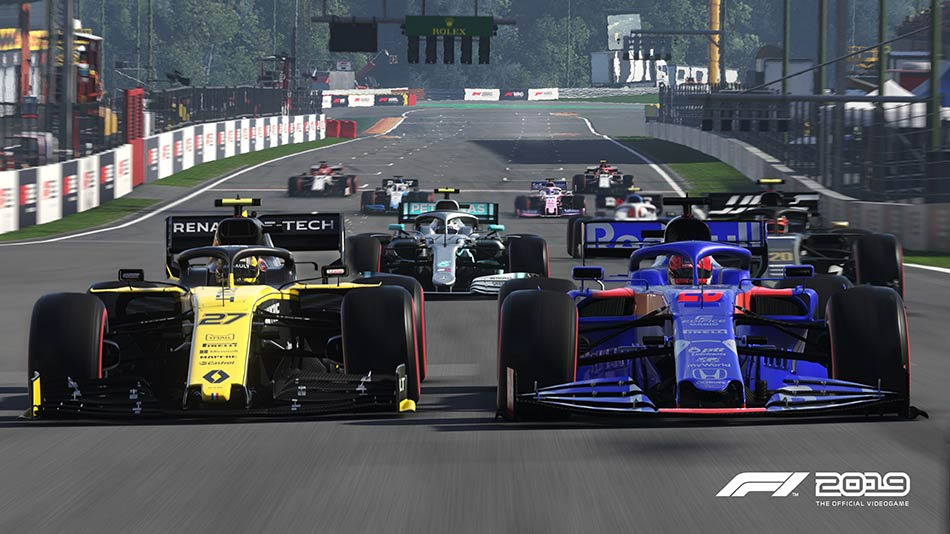 It was no surprise that 22 year old Monégasque Leclerc was competing for the Ferrari team, his day job employer of course, and he was paired for the Scuderia with his younger brother Arthur who is a member of the Ferrari Driver Academy. The McLaren duo was comprised rather appropriately of their current pedaller Norris, who is a big fan of online racing, and their former driver Button. 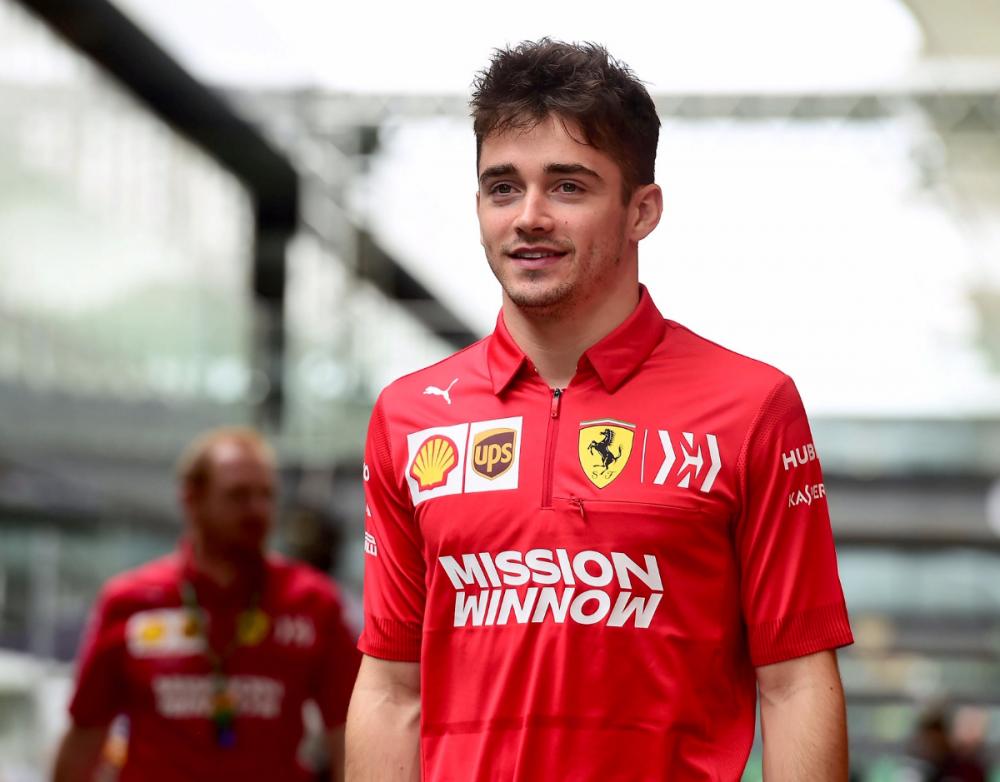 Charles Leclerc took a commanding victory on his virtual GP debut, driving of course for Ferrari
Another well known participant from a rather different sporting category was World Cup-winning England cricketer Ben Stokes, who is a Red Bull athlete and who was teamed up with real Red Bull racer Albon.

The online Grands Prix are held using the F1 2019 official video game and each race is preceded by a short qualifying session to formulate the 20 car grid, which features all 10 current F1 teams. The settings are deliberately configured to make the cars relatively easy to drive and therefore encourage competitive and entertaining racing.

The first virtual event two weeks earlier had used the Bahrain circuit on the day the real Grand Prix there should have taken place and the intention is to keep holding virtual races at each subsequent track until the real thing resumes. Melbourne’s Albert Park venue was used though for the second contest as it was held on the day of what should have been the inaugural Vietnam Grand Prix in Hanoi, but this circuit was obviously not available via the 2019 game. 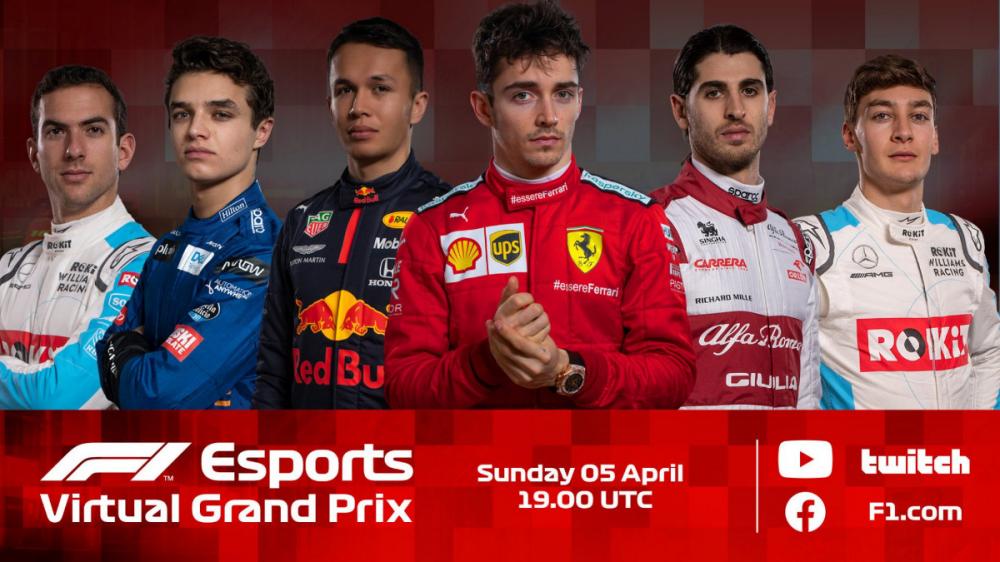 Current F1 was well represented by this sextet of drivers
The action in the Virtual Bahrain Grand Prix had been somewhat chaotic, but the Virtual Vietnam Grand Prix actually felt like something more akin to a proper race. Yes, it is clearly very different to the real thing in so many ways, but it is at least a lighthearted and entertaining temporary substitute with largely high quality graphics.

Christian Lundgaard, who competed in FIA Formula 3 last year with the ART outfit and will progress to Formula 2 with them this season, claimed provisional pole position after qualifying fastest, but the Danish driver was subsequently penalised for contact, handing the honour to Charles Leclerc. 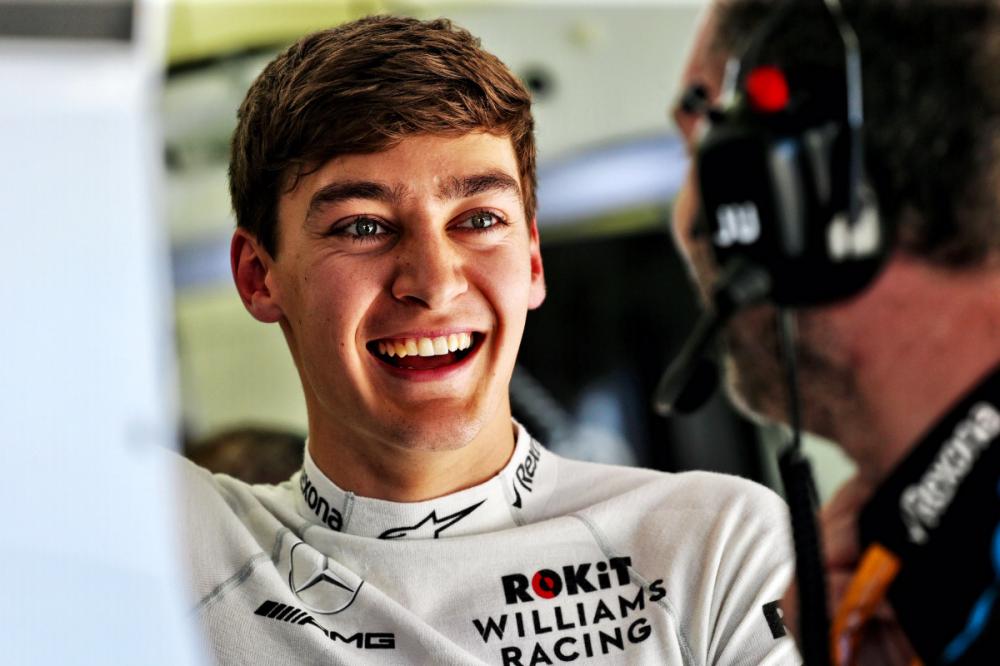 George Russell was thrilled to take a podium finish at last for Williams!
Come the 29 lap race Leclerc put in a dominant masterclass to win by over 10 seconds from Renault’s Lundgaard and the Williams of Russell, with competitive action throughout the field. Afterwards a delighted Leclerc explained the sheer effort involved “I’m sweating like crazy as the concentration is very hard. A great race!”


Also by Graham Read...
The Pandemic Forces Further F1 Calendar ChangesA 100th Pole And A Sixth Spanish Victory For HamiltonHamilton Extends His Championship Lead In Portugal﻿F1 Approves Sprint Races At Three 2021 Grands PrixDoncaster’s Ewen Sergison Claims A Podium Finish In Monaco
At the other end of the field Stokes may have finished last, but he put in a commendable effort against a quality field made up predominantly of drivers with motor racing experience. Whilst Button reached the chequered flag just outside the top ten, Norris and Gutierrez fared worse as technical woes which had also affected the first virtual event meant neither made it to the grid for the race.

Next up comes the Virtual Chinese Grand Prix in a fortnight’s time on the Shanghai circuit. The action can be accessed live in various ways, including on Formula 1’s official website (www.formula1.com) and its YouTube channel as well as via F1’s international broadcast partners such as Sky Sports. Other high profile racing championships like IndyCar and NASCAR in the USA are also holding their own versions of substitute online events until we beat this pandemic and real racing engines can be fired up again.